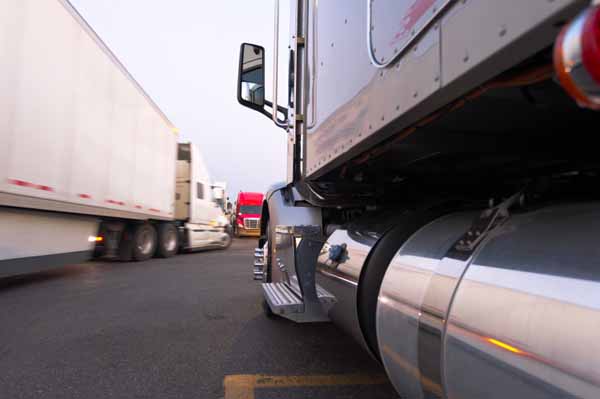 Everyone knows about the drawing and quartering of VW over the “cheat” software embedded in the inscrutable labyrinth of code, deep within the “affected” cars’ computers. The code tweaked the engines to pass the EPA’s certification tests – passage of which serves as a kind of permission slip to sell cars – by making them produce hair-splitting differences less oxides of nitrogen (NOx) while being tested, to get them through increasingly unreasonable regulatory rigmarole designed to prevent them from being sold. Because diesels – efficient, practical and inexpensive – pose a threat to the expensive, inefficient and impractical electric car agenda, which is really an anti-driving agenda.

Out in the real world, unplugged from the government’s testing rigs, the “cheating” cars produced fractionally more NOx, in the interests of better mileage and drivability.

This “cheating” being harmless; the same thing as using a radar detector to avoid being pinched by a cop for doing 45 in a 40. 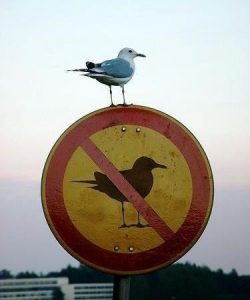 A rule (and the authority of rule-issuers) is affronted, that’s all.

The rule – a regulation, to be precise –  was passed during the Bush decidership, when it was decided – arbitrarily, by government bureaucrats in the EPA – that heavy truck diesels built after 2004 would be subject to a ratcheting up of whatever the prior arbitrary standard was.

But the new arbitrary standard, though arbitrarily higher, was objectively too expensive to comply with. It cost too much to make heavy-truck diesel engines “complaint,” in the patois of the bureaucracy – and these engines weren’t as fuel-efficient and cost more to operate than the older, “non-compliant” ones.

It is the reason why Caterpillar went John Galt, shrugged – and stopped making diesel engines for on-road use entirely. But Caterpillar could survive by making diesels for off-road heavy equipment. 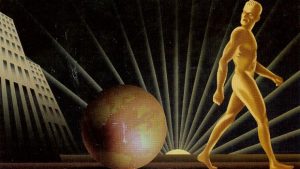 Including the truckers – particularly independent owner/operators, for whom margins are already tight. Planet-saving talk is lovely over a triple Machiatto in a San Francisco Starbucks, but at a Sheets off I-95 at two in the morning, its another thing.

Instead of spending six-figures (literally) to buy a post-Decided and “compliant” diesel engine, take an older engine – a simpler, cheaper-to-operate engine – from a wrecked semi or a boneyard semi and install the thing in a newer rig. 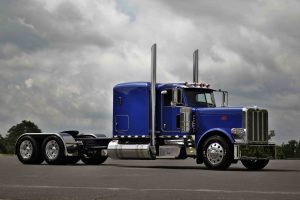 These “gliders” – as they are styled – get around the current regs because the older engines don’t have to comply with the newer regs. It’s of a piece with what many car drivers – sick of the over-teched, over-nannied and Big Brothery stuff coming out of Detroit by way of Washington are doing: Taking older cars built before all the regulatory Kudzu and exempt from the worst of it, such as Claymores in the dashboard and data recorders  – and updating them with some of the worthwhile modern technology (such as fuel injection and overdrive transmissions) and driving them instead and the fatwas be damned.

No one’s harmed – but the government is very annoyed by this refusal to be nudged.

Obama’s government decided to take “action,” as it’s always styled – against the end-running, glider-driving truckers. It issued a fatwa in the closing days of its decidership which closed the “loophole” – the term of disparagement used to describe any attempt by the governed to avoid being governed. (Whatever happened to this business of “government by consent”? Did anyone consent to this fatwa? The other fatwas?).

Just as it fatwa’d that all new cars must achieve 50-something MPG by 2025.

Did anyone vote for that? In fact, “the people” voted for something very different by not voting for Obama’s anointed successor, the Thing from Chautauqua.

The 50-something MPG fatwa has just been dialed back by President Trump, to the accompaniment of anguished ululations emitted by those who can’t abide the idea that the people buying the cars ought to be the ones deciding how much gas the cars they buy use, not government bureaucrats.

And the other fatwa – which made it illegal to install an older, “non-compliant” diesel in a newer-bodied heavy truck – was rescinded outright, to the accompaniment of even higher-pitched ululations. 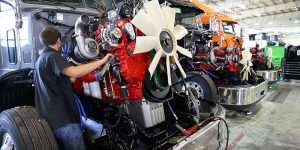 But the rescinder – Scott Pruitt, the now-former head of the EPA – has had his rescission countermanded by the new (acting) EPA decider, Andrew Wheeler. “I have concluded that the application of current regulations…” – i.e., the Obama fatwa – “… does not represent the kind of extremely unusual circumstances that support the EPA’s exercise of enforcement discretion.

Translated into comprehensible English, he means that Wheeler has re-decided that the Obama-era fatwa is swell – and that no “extremely unusual circumstances” justify (per Pruitt) any end-running or loopholing for truckers. Whence and how did Wheeler become the Decider? Who voted for this guy?

One step forward, two steps back.

As with the mileage fatwa, the heavy truck emissions fatwa is portrayed as a matter of life and death, even though no lives – much less deaths – can be objectively laid at the feet of “non-compliance” with either.

It is asserted that heavy-truck diesel engines built before the early 2000s produce “emissions 20-40 times as high” as current, “compliant” engines Sound familiar? The same charge – “up to 40 times” more than the maximum allowable NOx emissions! – was leveled at VW.

It sounds horrendous, because the base amount is never defined. People assume whole numbers of difference – big differences. But what if it’s “20-40 times” as much based on less than a whole number? That was the case in VW’s case. The “affected” – and “noncompliant” – diesels emitted fractionally more NOx, every now and then. It was – and is – a meaningless difference insofar as air quality or public health.

Which is why the government – abetted by shyster lawyers and despicably dishonest  “environmental” agitators, whose real purpose is to get rid of cars, not “emissions” – had to present studies rather than victims to justify the fatwa. No actual harmed persons could be found, so instead it was asserted that hypothetical victims might be harmed by the “cheating” VWs. 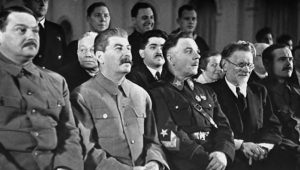 It’s a similar Show Trial per the practice in the old Soviet Union as regards the non-compliant “glider” trucks. Paul Billings, the Senior Vice President for Advocacy (read, the head lobbyist/nudger) at the American Lung Association claims that “between 350 and 1,600 premature deaths” would be prevented – in “2017 alone”! – by closing the “glider loophole.”

But not one actual death caused by the glider trucks’ emissions has been demonstrated. Instead, smear talk about “dirty” engines – in the words of Frank O’Donnell, who is the president of Clean Air Watch, a group that is to transportation policy what the Brady  Center is to gun policy.

The air can never be too clean, you see. Even if it’s not actually dirty.

If it were dirty – and made dirty by the “noncompliant” engines – it ought to be easy enough to prove it. To show some victims, even. And maybe more than “between 350 and 1,600” – the number asserted by the very concerned Mr. Billings. Which is a statistical irrelevance in a nation of 320 million people. 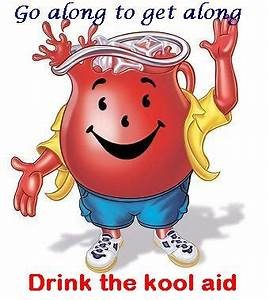 Unless, of course, “action” is also taken to deal with the 1,000-plus actual victims put six feet under by cops each year. Those are really dead, real people – not hypothesized ones.

Naturlich, the sellers of “compliant” diesels are all on board – happy that the new EPA decider has re-decided to let stand the Obama-era fatwa. Volvo, Cummins and Navistar jointly signed a public letter “voicing their concerns” about Pruitt’s decision to allow the glider loophole.

Naturlich, because there is geld to be had. If truckers cannot legally install the older, lower-cost engines in their rigs they are forced to buy the new, high-cost engines from Volvo, Cummins and Navistar. Who – like the major car companies – have decided it is better to embrace the nudge since it can be profitable for them to do so.

Particularly when their victims aren’t allowed to say no.