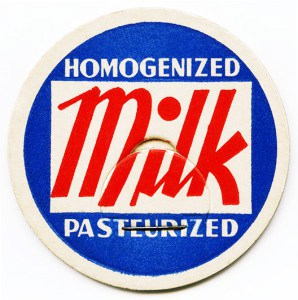 Government homogenizes everything it touches. It makes things uniform, drains the color, randomness and difference out of life.

Government is the reason why cars increasingly look . . . homogenized. The basic shape is becoming uniform – the inevitable end result of having to comply with government edicts specifying that a car must successfully withstand being hit from the side, behind and at various angles; this has imposed a design template on all cars, regardless of brand or model. It is why all brands and models increasingly look the same except for increasingly bizarre grille and headlight shapes – which are a kind of desperate last salvo of expression still possible only because the government hasn’t yet got around to decreeing how grilles and headlights should be shaped.

Which will probably happen when it occurs to a government bureaucrat that certain grille shapes threaten to poke pedestrians – and we can’t have that.

Today, they are just steering wheels.

The same blob in the center – where the air bag is. The different shapes of the past are no longer feasible and so there is one shape – generic, homogenous. With a different badge in the center.

It is no wonder that most kids no longer car about cars. It is like trying to summon interest in milk jugs.

“Safety” itself was once a different selling point – rather than the same selling point, as it has become today. Some cars sold on the basis of other attributes, such as their flamboyant styling –  or because they offered features which appealed to people but which have since been outlawed by regulatory fatwa such as swiveling or rear (or sideways) facing seats – or roofs with removable glass panels (T-tops).

Those pre-fatwa cars weren’t “unsafe,” either. The presence or absence of air bags or swivel seats or T-tops does not increase or decrease the odds of a crash happening. 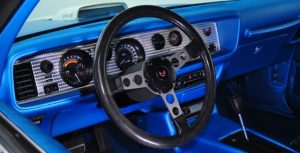 A 1970 VW Beetle is perfectly safe to drive.

What is meant by “safety in the regulatory fatwa sense is a vehicle’s ability to withstand impact forces if there is a crash. It is a distinction with an important difference. If no crash happens,  a 1970 Beetle is just as safe to drive as a 2018 Beetle – only the old Beetle has more character because it is different. The new Beetle merely looks vaguely like the old one but underneath its skin, it’s not much different from any other front-drive, front-engined compact economy car.

Everything that made the old Beetle a Beetle is absent from the new Beetle. 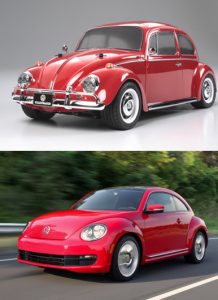 And the new, homogenous Beetle is probably still not as “safe” – as defined by how well it protects occupants from impact forces in the event of a crash – as a full-sized, pre-safety fatwa American sedan of the early ‘70s, which was inherently safer by dint of being full-sized. And because it had heavy steel bumpers instead of plasticized front ends with paper-thin metal for the fenders and hoods.

But full-sized sedans have been fatwa’d out of existence (via fuel efficiency fatwas) except as very expensive (and very low production) cars for the very rich. The only ones that qualify as full-size today – by yesterday’s pre-fatwa standards of length and weight – are models like the S-Class Mercedes and BMW 7 Series, both of them $100,000 cars.

Mass-market sedans are all small by the standards of the pre-fatwa era. A full-size sedan in 1970 meant a car like the Buick Electra 225. The number denoted its length. Two hundred and twenty-five inches – almost 19 feet from bumper to bumper (not rubberized “fascias” to fascia,” as today). The largest car GM sells today that isn’t an ultra-luxury car is the Chevy Impala.

It also does not seat six, as the Buick did – nor does it have a trunk that can accommodate three (as the Buick did). Even an S-Class Mercedes is modestly sized by pre-fatwa standards. It is only 206.5 inches long – and its trunk just 16.3 cubic feet.

Today’s sedans may be “safer” as per compliance with federal fatwas – but they are too small for today’s families – even the “full-sized” ones.

And that is why crossovers have become the homogenous vehicle of choice nowadays.

A crossover is a mutation of design resulting from all the unnatural incentives imposed on car design (and car buyers) by the government. The government outlawed (not directly, but effectively – via the regulatory fatwas) big sedans with lots of space but people wanted them anyhow and so they bought SUVs, which were the same things as big sedans except jacked-up and with 4WD and an even heartier appetite for fuel – because they were even heavier and much less aerodynamic than the extincted-by-fatwa large sedans which they replaced. 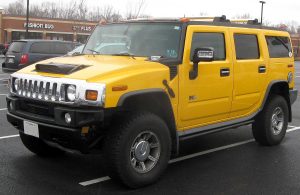 But that created a new problem for the car companies. Truck-based SUVs had previously been relatively low-production specialty vehicles generally bought by people who needed the rugged 4×4 (and towing) capability they offered. But when they became mass-market replacements (end-runs, really) for the large sedans which used to be mass-market, their MPG numbers (low) dragged down the  manufacturer’s Corporate Average Fuel Economy numbers – and that triggered fines for not being sufficiently efficient.

Enter the crossover – a jacked-up car that looks like an SUV but slightly less heavy and somewhat (in theory) more “efficient” but not that much in fact. They are also arguably – demonstrably – less saaaaaaaaaaaaaafe than the big sedans most families used to have parked in their garages in the pre-fatwa days because of usually terrible visibility plus a tendency toward top-heaviness on account of a high center of gravity. This is compensated for by elaborate electronic countermeasures and – of course – a profusion of air bags.

ABOUT US
Eric started out writing about cars for mainstream media outlets such as The Washington Times, Detroit News and Free Press, Investors Business Daily, The American Spectator, National Review, The Chicago Tribune and Wall Street Journal.
Contact us: Eric Peters epet[email protected]
FOLLOW US
© copyrights by ericpetersautos.com - 2016