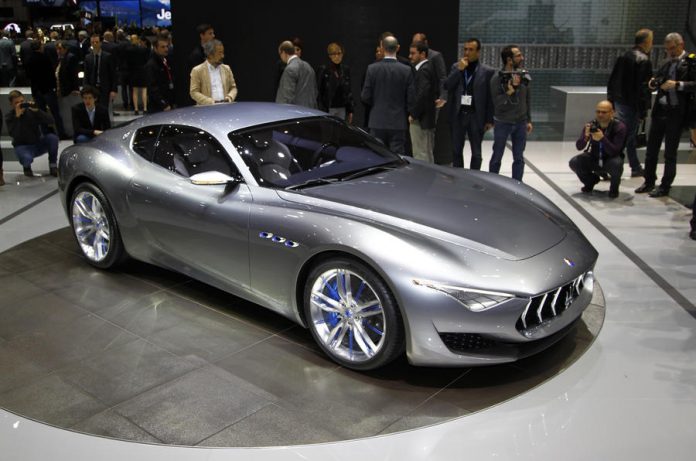 Is it just speed – and exclusivity – which make a Maserati (or a Porsche) exotic? If that’s all it is, then electrified versions of these and other exotic cars ought to continue to sell.

Maserati thinks they will.

The exotic Italian carmaker just announced its intention to sell mostly electric exotics by 2020-2021. Fire and spark will recede. Henceforth, it will be mostly just the silence of electric motors

Four new EVs are on deck, including an electrified Quattroporte.

Porsche is plugging in, too – embodied by its Mission e all-electric concept and its recent publicly expressed “commitment” to a plugged-in future. 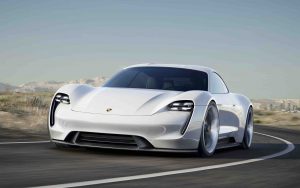 But what if there is no such future?

Of all the types of cars on the road, exotics are bought for emotional as much as for rational reasons. How they sound being as important to the enthusiast as how quickly they get to 60 – or get around a race track.

What happens when they no longer make any sound – or sound pretty much the same?

And perform pretty much the same, too.

The main differences, one battery vs. another, are their relative size and how much power they each make. These are differences akin to the differences between a small box and a medium-sized box and a really big box. 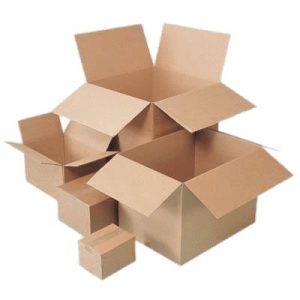 You can put more stuff in the really big box – and the smaller box fits in the closet, while the small box doesn’t.

But at the end of the day, they’re all boxes.

Other than by using a stopwatch – or by eying a badge – can anyone tell the difference?

There’s not much to do, either – so very little reward. Remember – no gears to shift. Just push down on the accelerator, something any ape could do.

Or for that matter, an electrified Camry? Why wold anyone care? 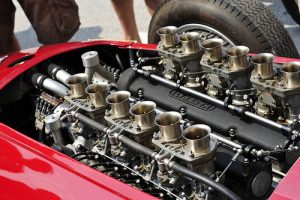 A 911 with a flat six, on the other hand – especially the old air-cooled flat sixes – is a very different thing than a V12-powered Maserati.

And both of them are profoundly different than  a Camry.

It’s a difference that is obvious the moment you turn the key – and irrespective of which gets to 60 sooner.

It is the difference between Beethoven and Wagner – and the both of them vs. the sound of  . . . nothing.

And it’s not just that.

It is also the very brand-specific engineering which goes into an internal combustion-engined Porsche or a Maserati that makes them exotic – along with the audible and other secondary benefits. You paid a bunch of money to get your hands on things very few other people ever get to experience. 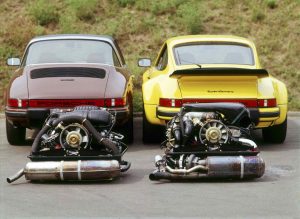 Maserati and Porsche and others of their kind pioneered exotic layouts (e.g., the Porsche flat six) and design features such as dual overhead camshafts and aluminum blocks and heads; multiple carburetors (and then individualized port fuel injection), the precision syncopation of all those finely made and finally tuned mechanical components expressing themselves via stabs of the right foot.

Those iconic IC engines also did exotic things that more plebeian engines in non-exotic cars didn’t dare do – such as rev to eight thousand RPM without leaving mechanical mementos of themselves (along with oil) trailing behind the car as it coasted to a stop by the side of the road.

Eventually, the exotic engineering filtered to more plebeian cars, making the exotics less exotic than they once were. The performance gap (acceleration, cornering grip; how quickly it can do a lap around a race track) between a six-figure exotic like the 911 and its Maserati equivalent and a $50,000 Chevy (the current Corvette) is not much anymore. 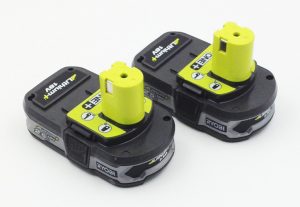 But – the Porsche and the Maserati still have intangible qualities a Corvette will never have, even if the Corvette gets to 60 more quickly.

Which gets one to thinking about the nothing-specialness of electric motors.

The tooling and other costs associated with exotic engines inherently limits how many can be made and also makes the making expensive. But electric motors are just electric motors.

Why buy a six-figure electric 911 or Quattroporte when you could buy an electric Camry that’s basically the same thing, just not as quick – or as expensive? Is it just about demonstrating how much money you can spend?

An electric Camry will sound (and drive) almost exactly the same as the six-figure electric 911 or Quattroporte – unless the no-longer-exotics (except as regards their price tags) come with artificially generated soundtracks.

But maybe exotic EVs will sell.

They’ll still be exotic in terms of how much they cost – and for some people, that might be worth every penny.