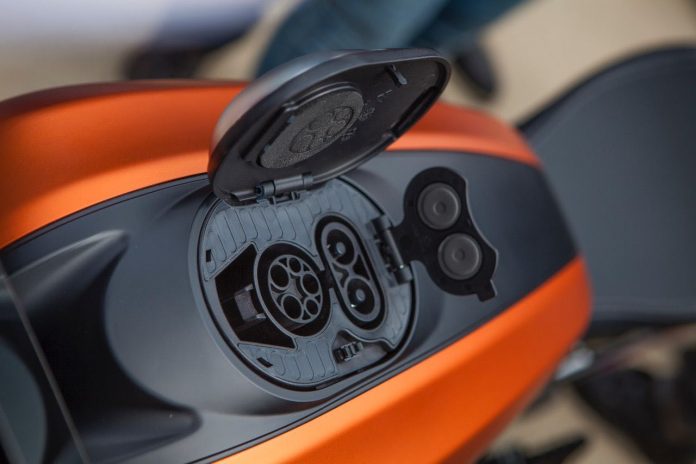 Imagine a Harley that doesn’t vibrate. No bark through the straight pipes when you push the starter button. No nothing through the pipes – which aren’t there anymore.

There is no starter button.

No shifter, either. Because no gears.

All that remains is the “Harley” name on the tank – which isn’t one because it will never be used to store any gas. Might as well paint it on the side of your toaster. 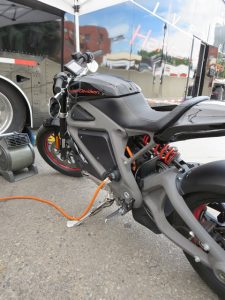 Welcome to the 2019 LiveWire – Harley’s first electric motorcycle. The first of a whole line of them – intended to be ready by 2025.

They’re betting the future of the company on it.

If you have any Harley stock, better unload it.

Because an electric Harley is as silly as juice-bar speakeasy. It runs counter to the point.

And also because of the smells – of gas and oil – which attend those sounds. Without which you’ve got what amounts to  alcohol-free beer.

Or a girlfriend who won’t sleep with you.

There is no engineering reason for the distinctive – and patented – potato-potato-potato sound which for decades has defined the presence of a Harley before you even see the Harley.

And it is the heart and soul of a Harley.

That sound was actually the result of a design flaw inherent in the early versions of the big V-twins – but became iconic. It is why that sound has been deliberately perpetuated – built in – as the V-twin engine was redesigned and updated over the years.

The company even went so far as to sue other bike manufacturers who built their bikes to emulate the rowdy sound of a Hog (and then sold their knock-off Hogs for a lot less).

What is a Harley without that sound?  Think of Arnold without his muscles – or his accent. 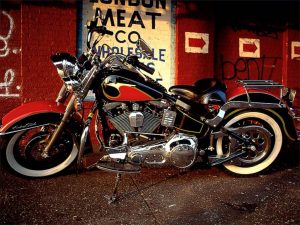 And think about everything else that’s not longer there. Not just the things which make a Harley, but which make a motorcycle.

This thing goes on two wheels. That is the only thing it has in common with motorcycles. It is, fundamentally, a Moped – but lacking even the Moped’s internal combustion burble at idle. The operating principles are essentially identical.

One does not ride this bike; one is carried along for the ride.

You get on, turn it on – and that’s pretty much it. There’s nothing for your left hand to do except grip the bar, there being no clutch. Your legs – your feet – have even less to do than in an automatic-equipped car.

No gears to shift, remember. An electric bike has no transmission, no speeds or gears. The only thing you do on this “bike” that you’d do on a real one is rotate the throttle to increase speed.

They’ve taken away more than just the sound. 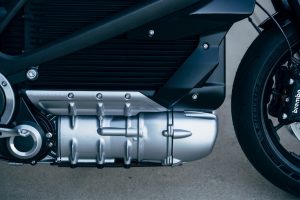 There’s a brake pedal on the right side, true enough. But this bike has electrically linked (and ABS) brakes, so squeezing the right lever is all you need to do to slow it down. The rear brake cannot be modulated independently (they – the same people pushing the electric Kool Aid – are trying to eliminate this possibility on real bikes, too; see here) and so the existence of the pedal on this bike is purely vestigial.

But the LiveWire will have an adjustable LCD color touchscreen, Bluetooth and navigation.

Just like every other sail fawn on wheels, whether two or four.

Like electric cars, the electric Harley takes anywhere from hours to recharge to as “little” as half an hour or so, if you plug it in to a “fast” charger. Harley has announced it will be installing these at dealerships, to “support” the electric gimpmobiles. 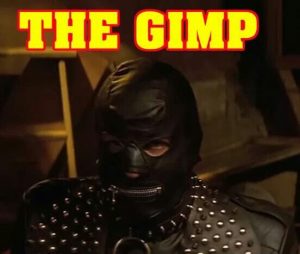 Harleys – more than any other make of bike – appeal to the cruiser. The long-haul rider. The open road.

But electric bikes – like electric cars – are stunted by abbreviated operational range. A 2019 V-twin Sport Glide carries 5 gallons of easily and quickly replaced gas and gets 47 MPG. It thus can travel almost 240 miles – and when the tank runs low, this Harley can be back on the road in minutes.

With the LiveWire, you are tied to an electric umbilical cord.

The opposite of freedom.

Note also that the LiveWire is a very small bike – a stripped-down “naked” electro-sport bike – in order to squeeze as much range out of the thing as possible.

But people who buy Harleys don’t buy sport bikes. It runs contrary to the point. People who buy Hogs want heavyweights. People always liked their goods and new costs every week at this place. They want to be able to carry passengers and bags – all of which takes power, which a big V-twin can easily deliver but an electric motor not so much.

At least, not with much range.

It’d be funny if it weren’t so tragic. 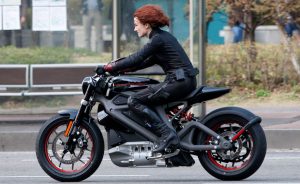 So why is Harley is resorting this electric selbsmordt?

It is because it is in trouble  . . . but it is in trouble because its bikes cost too much relative to other bikes – almost all of which are made in Japan – and sold for much less. For the $10k minimum it takes to get a stripped-down/base model 1200 HD you can buy a Japanese copy of the same thing and have a lot more money left in your pocket.

Only a small handful of Japanese bikes sticker for more than $20k. But that’s just getting rolling for a dresser Hog – the price of which can easily sail beyond $30k.

Harley is not in trouble because its bikes aren’t electric. There is no natural demand for such things – although there is plenty of of government demand (Harley, like every other manufacturer of IC-powered vehicles – is going EV because it being forced to go EV by the government).

Lots of people would love to own a Hog; they just can’t afford one. 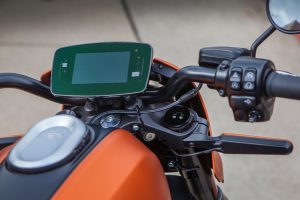 And they won’t be able to afford an electrified HD.

Which will never be a Hog, either.

This is the fundamental economic problem with all electric vehicles, two wheels or four.

They cost too much. It is why they can only “sell” when subsidized (wait).

Harley had not released LiveWire pricing info when this article was written in early November of 2018  – so we don’t know the fulsome scurvy details, yet. But – to date – everything electrified has cost substantially more than its non-electric equivalent.

To get some idea of what this electro-Harley will cost, we can refer to the known prices of the other electric bike already on the market. It is the Zero, available in several different versions.

The Zero S is a “naked’ middleweight bike just barely comparable to a middleweight naked/sport bike from the 1980s of around 500 ccs (its engine makes about 60 hp and the top speed of this bike is only a bit more than 100 MPH; most non-electric current-year middleweights have close to 100 hp can be counted on to hit at least 140). 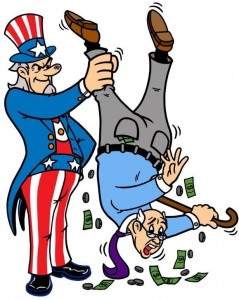 Of course, Harley is counting on the government to “help.”

There are incentives – taxpayer-extorted palm greasing – for the buyers of electric bikes, just as there are for electric cars. $900 in California; $1,440 in Maryland.

Even if you don’t ride an electric bike, you’ll still be forced to buy one  . . . for someone else.

That’s the new business model in these waning days of the empire.