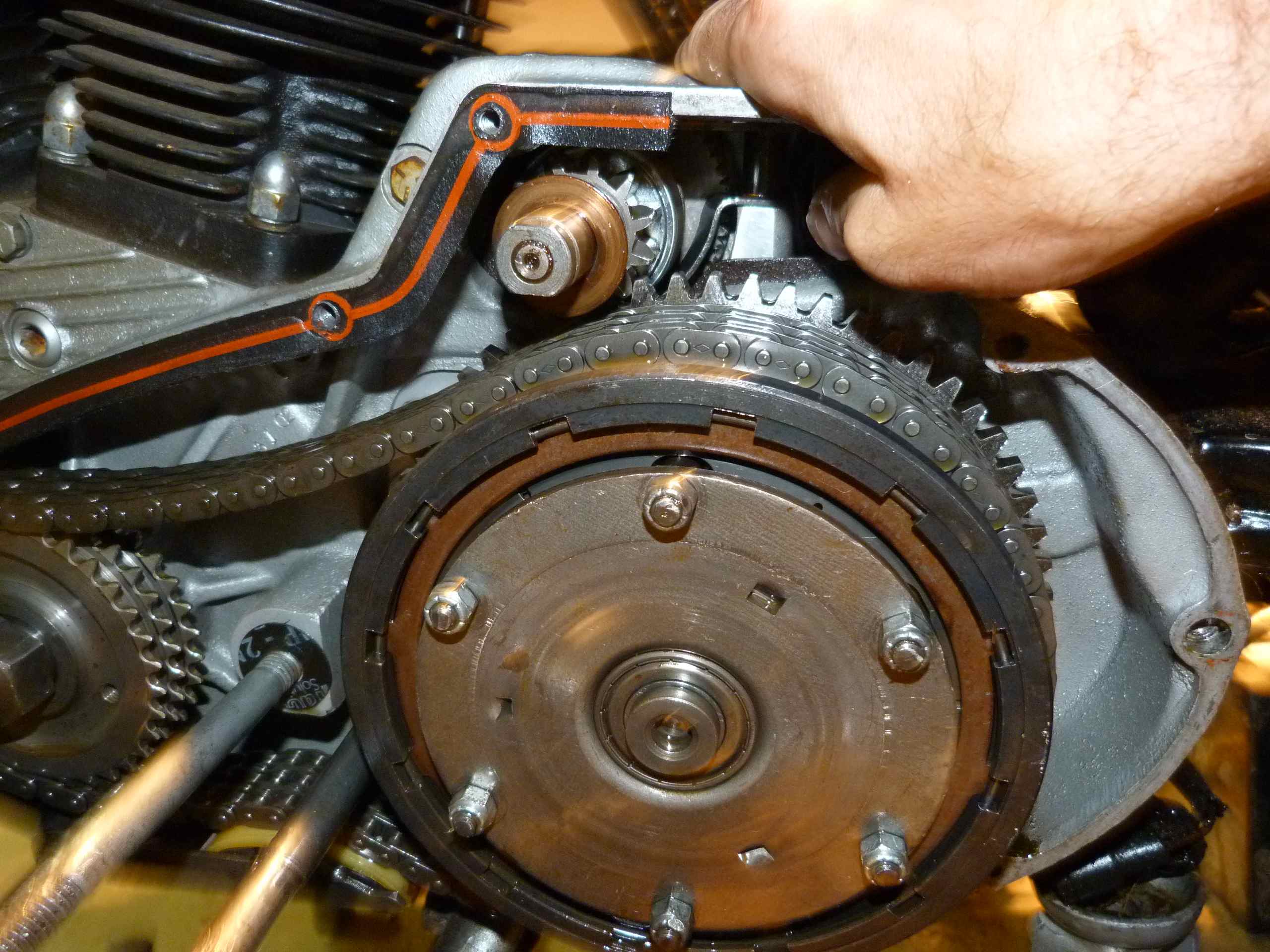 So the bike won’t start. 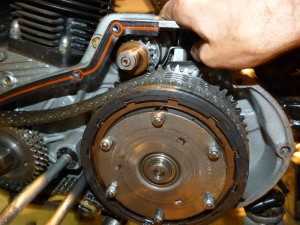 More accurately, the starter won’t spin the engine – which is why the bike won’t start.

But the starter spins. It just doesn’t spin anything else.

So, I know the breaker for the circuit is good; the wiring (especially the ground) is good. The solenoid is good.

This leaves the starter – which I think is good (it spins, after all) or some issue with the mechanism that engages the pinion gear on the end of the starter shaft with the gear on the back of the clutch hub.

I suspect the latter.

I’ve removed the primary case cover to have a look at the guts. If I use my finger to manually push in the plunger that would otherwise be engaged electrically by the solenoid when the starter button is depressed, the shaft with the little gear that is supposed to move out to engage with the big gear on the back of the clutch basket tries to do this. But the shaft’s alignment/position relative to the clutch basket gear seems off and the thing only meshes on its own (without my finger giving it a “jiggle assist) every third time.

I also did a little experiment and found something else that doesn’t seem right. If I use my finger to “help” engage the little gear with the big gear, then try to turn the engine over using the starter, it still spins but does not turn. So, the gears are meshed but the starter seems to be freewheeling.

Any Harley People out there have any ideas?

This bike is my white whale. It tasks me…