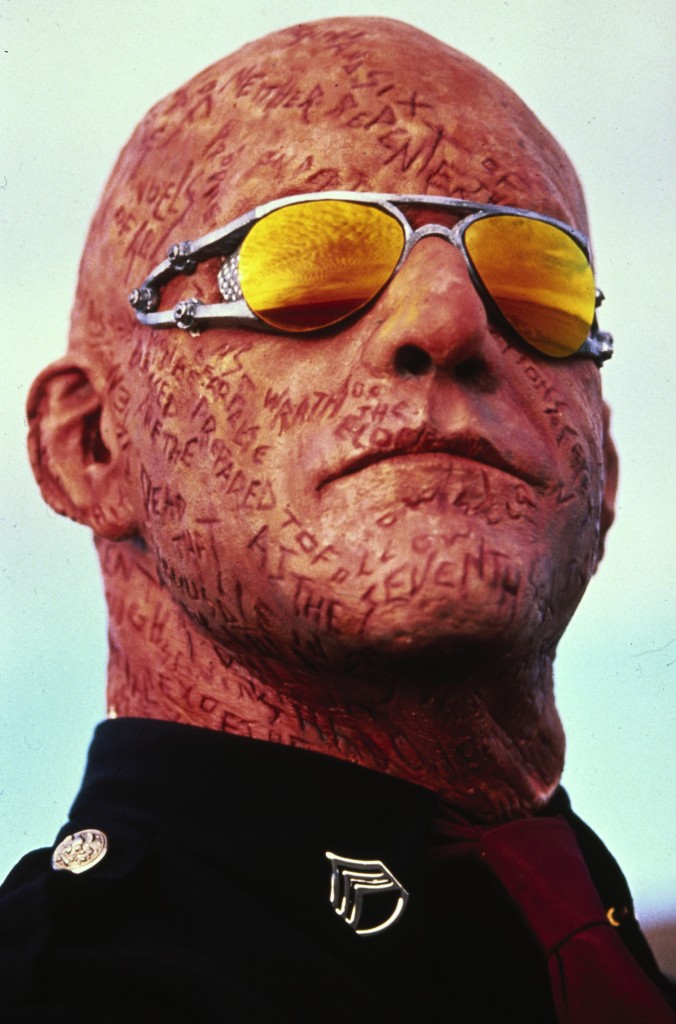 A long time ago, before America embraced Fear – and its corollary, Submission – there was a movie called Highway to Hell. It was about a young couple that ended up in Hell after the boy behind the wheel falls asleep and loses control of his car out in the middle of proverbial nowhere.

An AGW comes out of nowhere. It’s Hellcop – and he looks an awful lot like today’s actual cops, or rather Armed Government Workers.

The Hellcop is shaved-headed, mirrored sunglasses-wearing emissary of you-know who. But he doesn’t draw a Taser or even a pitchfork on his victims, much less Hut! Hut! Hut! them to death by the side of the road.

When  the couple’s dog attempts to defend them, Hellcop doesn’t even unholster his gun.

By today’s AGW standards, Hellcop is a softie. He does not use a Command Voice and while he cuffs and stuffs in his own interesting way, he seems almost . . . friendly vs. what real-life AGWs are like today. 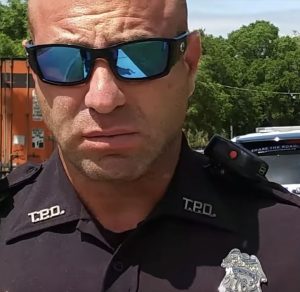 He isn’t a pooltroonish bully hiding behind a flak jacket ululating about “threats” to his “safety” while cowering behind his Glock.

Take note as well that neither the boy nor his girlfriend are “buckled up for saaaaaaaaaaafety” – and Hellcop isn’t worried about it because it wasn’t illegal once upon a better time.

It’s interesting how the darkest images of the future as seen by the past have not only been realized but exceeded in ways that not even moviegoers would have bought into as plausible only 30 or so years ago. 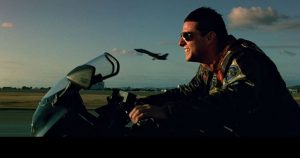 Speaking of things along these lines. Have you seen the promo for the new Tom Cruise reboot of the iconic movie, Top Gun?

In the original Tom rode his bike without a helmet – which he was free to do because America was still relatively free back then.

The promo for the new movie features a Pravda-like studio glamor shot (that is to say a lie) of Tom once again on his bike, helmet-less, which of course is illegal now – and would trigger Hellcop/AGW Hut! Hut! Hutting! 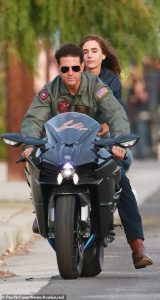 But a helmet-wearing Tom would convey just how much less free we are 30-something years after the original – and so he is shown on the bike without one on.

Maybe Maverick ought to consider flying his F35 or whatever they’ve got him in toward a different target this time.