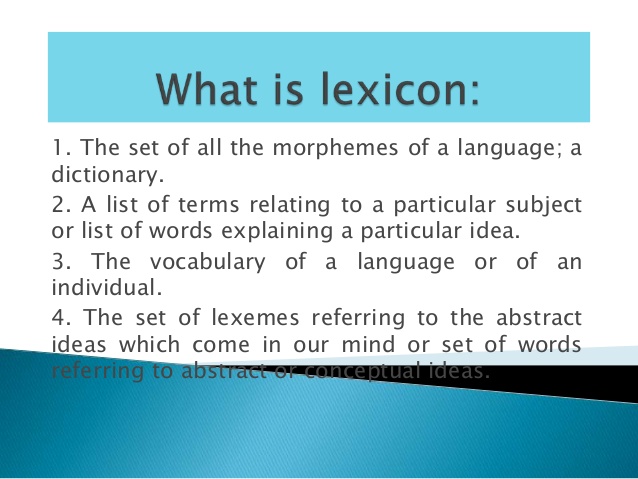 Speech codes are no fun when they’re used to stifle thought. But they can be fun when you’re in on the lingo’s meaning and others aren’t – especially when those others are the increasingly authoritarian tech companies, who use algorithms and other such to identify what they characterize (but never actually define) as “hateful” or “dangerous” speech. And then use that Star Chamber categorization to stifle not merely speech but also people’s ability to earn a living via their speech.

Per Dr. Strangelove, I haf a plan.

Actually, I have some neologisms – new words that convey important meanings which it’s important to talk openly about and which we can use to do just that without drawing the ire of the authoritarian tech companies – whose algorithms do not grok our inside baseball.

EPautos regulars are already fluent – but for the sake of those who do not yet grok, here is the lexicon that you can use to mention the unmentionable things without having to worry about being un-personed by the digital oligarchy:

This refers to an authoritarian personality, someone who instinctively seeks to forcibly control others – but who doesn’t want to admit this openly and uses a variety of euphemisms such as the “public good” and “we” need to justify his personal desire to exercise control over other people.

The Clover is also usually two other things: A poltroon and cognitively dissonant. He is personally not violent – hence his need to euphemize the violence he advocates (e.g., “Let’s have a conversation about how much each of us should contribute in taxes.”) and to have the violence performed by proxies. Most Clovers lack the stones to personally threaten others to coerce their “contributions” – or to compel them to associate with people they’d rather avoid, or force them to buy insurance against harms they haven’t caused, or “help” them buy an electric car, etc. But they will support politicians who promise to do all of those things.

In addition to being immoral, a Clover is also a moral coward – afraid to speak openly of his lusts and far too fearful to satisfy them using his own two fists.

Finally, the Clover is a cognitively dissonant fellow. He either does not grok – or does not want to grok – that the violence he wants to be visited on others can on the same principle be visited upon him – which he has the effrontery to resent and oppose!

Thus the absurd objection of the “conservative” to impositions on what he considers to be his right to posses a gun (which he does have a right to possess) while at the same denying the right of the homeowner to not be forced to pay taxes in perpetuity on his home to fund “the schools” which he does not use or support.

Or  “law enforcement” and “defense” – and other “services” he isn’t interested in but which the “conservative” very much is – and insists you pay for. 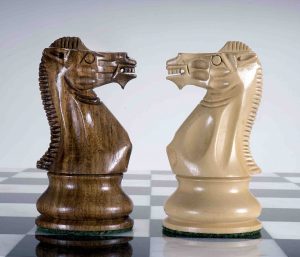 The liberal is just as cognitively dissonant,of course. She will virulently defend the absolute right of a woman to control what she regards as her body (even when there is another body within) while simultaneously insisting that other people’s bodies – and minds – be controlled at almost every turn.

The liberal does not object to civil slavery – but takes issue with chattel slavery. Not noticing that in both cases, the body and mind of the victim is yoked and chained for the benefit – and sadistic enjoyment – of a master.

The Clover is a pathological personality afflicted by a kind of moral bipolar disorder. It’s a pathology because when the Clover is presented with a principle that calls out the hypocrisy of his particular position, he almost invariably becomes belligerent and evasive rather than thoughtful and reflective. See almost any debate between “conservatives” and “liberals” for a study of this phenomenon – which is a function of widespread government schooling, the object of which is to render the victim incapable of principled thought.

Nothing more – and a lot less. 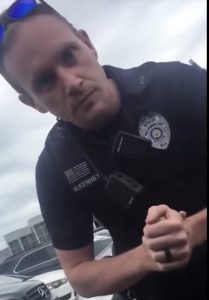 The term conveys the facts of the matter: They are armed and they work for the government – not for us – a haltingly absurd notion. Those who work for us serve at our pleasure, according to our rules – and are under our control. AGWs serve the government and we have as much control over them as a leashed poodle has over the person holding the leash.

It also conveys the dreary banality of these bureaucrats with badges and guns who can’t be troubled to think about right vs. wrong but are “just doing their jobs.” Like their antecedents in the dock at Nuremburg, which no one seems to remember.

It is an intellectual antidote to the embarrassing cult of genuflection and near-worship for those who impose the authority of the government which arose – which was orchestrated – after the events of September the 11th, 2001. 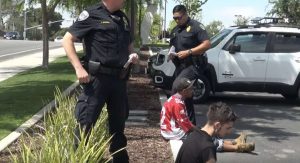 It is also a means of intelligently expressing contempt – earned and deserved – for the people who willingly take money to oppress their fellow men – which they do the moment they take a single penny from any unwilling person, even before they oppress anyone via their enforcement of patently unjust but statutory laws.

But they are “just doing their jobs.” And “the law is the law.” Even when it isn’t.

AGWs are notorious for making up laws – and enforcing them. And for not knowing what the actual law is – and ignoring it.

And for being held to a far more lenient – or nonexistent – standard when they are caught making it up/ignoring it/violating it.

Related: Hut! Hut! Hut! This is what an AGW does to assert his authority. It often takes the form of a beatdown or some lesser form of submission training.

Here’s an example of both terms used in a sentence: AGWs arrived and Hut! Hut! Hutted! the victim, who failed to show proper respect for their Authority.

It individualizes our oppressors, who are of course plural. When people speak of “the government,” the inadvertently grant it a legitimacy it isn’t entitled to by establishing the false premise that it something more than busybodies and control freak who hold office, have titles – and the guns (and armed government workers) to impose their busbodyism and control freakery on everyone else.

“The government” is not a Great Wizard, an uber-creature that rules because we are to it as the cow is to the cowboy. Though the people who constitute “the government” consider themselves very much the cowboys to our cow.

In fact, they are as ordinary as the rest of us – and often, more so.

This is an edict issued by “the government,” often by a regulatory apparat such as the EPA whose personnel were never elected by anyone, vitiating even the morally dubious idea that rights can be bought and sold at the ballot box.

One of the defining attributes of a culture collapsing is the inversion of meaning; the use of words to manipulate rather than communicate. No better example of this can be adduced than the near-constant ululation of saaaaaaaaaaaaaafety when what is meant and intended is control.

Observe that whatever the specifics of the ululation – the advocacy of air bags in all new cars, for instance – the bottom line is always coercion and compulsion. We are never asked but always told.

If necessary force will be applied to keep you saaaaaaaaaaaafe – as oxymoronic a notion as it’s possible to imagine. Note that even when the specific thing ululated for our supposed saaaaaaaaaaaaaaafety is demonstrably not safe – for example, millions of known defective air bags in circulation –  the owners of the affected vehicles are denied even temporary permission to disable the defective air bags until they can be replaced.

There are many such examples.

By mocking the term we call out its inner meaning and intended object – the exercise of power over us by those who relish controlling us.

Derision is a powerful remedy to tyranny.

It denies it the superior wisdom it pretends to, a nonsensical as well as tyrannical notion given that those seeking to control us aren’t a superior race, possessed of superior intelligence but just men and women like the rest of us.

But unlike the rest us in that they have deluded themselves into believing they are of superior intelligence and wisdom and so control us by right – by telling us they are keeping us saaaaaaaaaaaaaaaaaaaaaaafe.