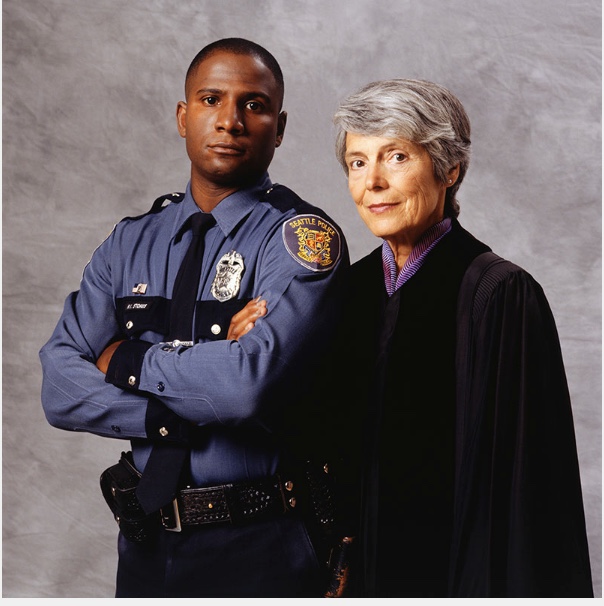 The outrages being perpetrated by arbitrary Authority upon the citizenry are made possible by several things but perhaps the thing most responsible for them is that there are people who think the outrageousness – and arbitrariness – will never be applied to them.

One of the most outrageous examples of this Wheel of Misfortune – spun by some of us, hoping someone else will hit “bankrupt” – are so-called Red Flag laws, which vitiate the laws which used to protect law-abiding gun owners. 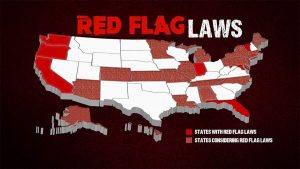 On the basis of “someone” – it can be almost anyone – expressing “concern,” the gun owner who hasn’t done anything illegal is treated precisely as if he had.

He is forcibly deprived of his firearms – and perhaps more – summarily.

In some cases, murderously.

At least one man – Gary Willis, of Ferndale, Maryland – was shot to death in his own home about a year ago by armed government workers who paid him a visit to seize his legally owned guns – which no one even suggested Willis had used in an unlawful manner – on the basis of someone expressing  . . . “concern” that he might.

It’s fundamentally the same business as being relieved by arbitrary Authority of “excessive” cash – the non-standard applied by armed government workers who routinely seize any amount of cash they find in in the possession of some hapless victim.

Whatever they say is “excessive” is.

It’s as loosey goosy as “concern.”

There is nothing specific in these fatwas – which are as arbitrary as any issued by a ranting ayatollah. And without specificity – clearcut, objective definitions that transcend someone’s opinions – and without due process, including the obligation of Authority to prove a specific transgression of law has occurred before punishing you for it  – there is no law.

There is just the exercise of Authority.

Which is now being exercised against drivers in at least one state – Virginia – and probably more, soon.

The “DMV relies on information provided by licensed medical professionals, law enforcement, judges, relatives, concerned citizens and other reliable sources to help identity drivers who may be unable to safely operate a motor vehicle.” 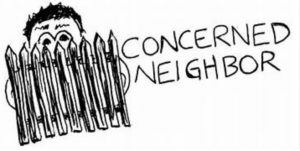 Italics added to emphasize the outrageous.

A relative? How about an angry ex-wife or girlfriend? Someone who might not like you very much – like a neighbor whose “concern” is really about the lawn clippings you inadvertently shed on his driveway?

One call does it all!

Your doctor has been empowered to express “concern,” too.

If you’ve been to one lately, you may have been startled by odd questions that were never asked by doctors before – but which you’re now (or soon will be) under duress to answer – because it is understood your doctor has acquired Authority over you. Because he reports on you. Which he is being required to do – because he is now a de facto employee of the government via the government takeover of the doctoring business.

His duress becomes yours.

Questions about your state of mind – are you depressed? Feeling stressed?

Is everything ok at home? How’s work going?

If you decline to answer these questions, you may be checked off as “recalcitrant,” even unstable – which is sufficient to trigger  . . . “concern.” And there goes your your license. Or your gun.

Possibly, your life as well – if you object overmuch to their “concerns.”

As in gun (and asset) seizures, it is the burden of the defrocked driver to prove he isn’t unfit to be behind the wheel. His unfitness – like the “dangerousness” of the legal gun owner who hasn’t shot anyone – is presumed. The driver about whom “concern” has been expressed” must go begging to the DMV authorities – on his time and at his expense – and hope they will allow him to get back behind the wheel again.

Even though he’s violated no traffic laws, been convicted of nothing whatsoever.

This is all being done, we’re told, to protect society preemptively from supposedly dangerous or soon-to-be-dangerous people – people who might go on a shooting spree, for instance.

Supposedly senile citizens who won’t give up the keys without a little pre-emptive .  . . “help.”

But this preemption amounts to pre-crime, as in Minority Report – except this isn’t a sci fi movie.

In reality, we’re all being placed at the mercy of arbitrary Authority. Which by definition has power over anyone and everyone – and at any time.

But the people who support it don’t see it – or rather, don’t care about it – because they think it will never be applied to them.

Which is like thinking the sunset won’t lead to darkness in your neighborhood.