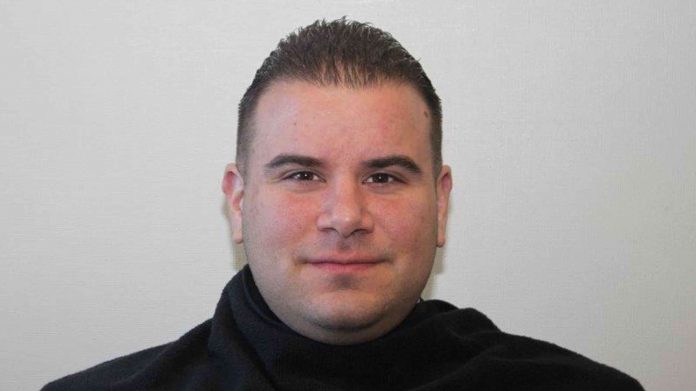 An armed government worker in Paterson, NJ has admitted to stealing people’s money after illegally stopping and then searching their vehicles. When the AGW found cash, he pocketed it for his own personal use.

This, of course, is the only material difference between what Daniel Pent did and AGWs around the country do routinely – and legally. They steal on behalf of the state – which then rewards them for it by paying them to do it.

Pent admitted to being part of a conspiracy in which AGWs routinely stopped people in their vehicles and on the street and then relieved them of their valuables.

In February 2017, authorities said Pent and another AGW named  Eudy Ramos, who pleaded guilty last month, stole $10,000 from a vehicle they stopped. They split the money between them and failed to mention the cash in their report.

According to the criminal complaint, Pent wrote that the man they stole the money from only had $36 on him when they “processed” him.

The victim said Pent and Ramos “did not act like police officers; instead, they treated the situation like a robbery,” according to the criminal complaint.

Stand and deliver! – as they used to say. Today they say: I smelled marijuana … or maybe nothing at all.

According to local news coverage, Pent also regularly “used unreasonable and excessive force”… including a “running tax,” when his victims attempted to get away from him.

Is any use of force “reasonable” to relieve people of their property?

“It’s sad. He was a good cop, a hero cop,” said attorney Michael Calabro, referencing Pent defending another officer during a shootout earlier in his career. “He fell harder than most because he was a good cop.”

Calabro said Pent had tried to distance himself from the “unfortunate” culture within the department, but that “your past catches up sometimes.”

Pent’s sentencing is scheduled for Jan. 14.

Will he get the Blue Discount?

I wouldn’t bet against it.