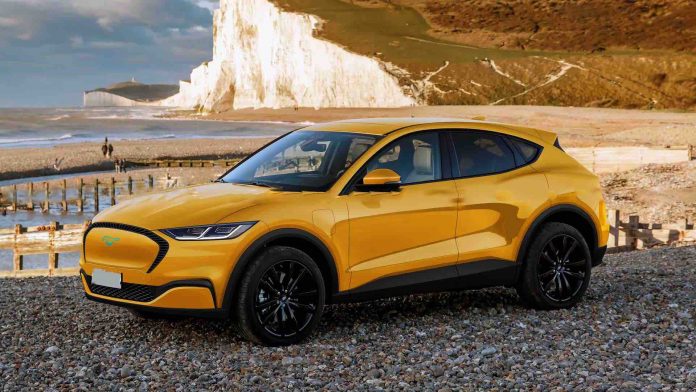 Why call another car Mustang if you’re not planning on retiring the Mustang?

Ford hasn’t said any such thing, but it’s implied.

Prediction: The “Mustang” Mach E electric crossover SUV is going to be the only “Mustang” in the near future. It is Ford’s attempt to carry on the name  . . . while retiring the car.

But why would Ford do this?

It almost did it once before.

Back in the late ’80s, Ford developed another car that was meant to replace the Mustang while still being called the same thing. It was a front-wheel-drive car with four and six-cylinder engines designed for the “world market”  . . . as opposed to the American market. 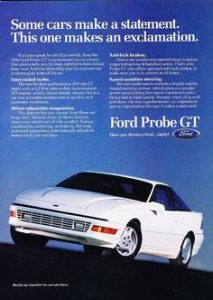 The rear-drive (and V8) Mustang sold well here – but hardly at all over there.

Chiefly, because over there, gas taxes were (and still are) extortionate, which made it very difficult to sell an American muscle car like the Mustang, except in very small numbers to the relative handful of people who could afford one.

Enter the Probe – which was going to be the new “Mustang.”

Ford figured it could sell lots of them in Europe – and that Americans would buy them, too  . . . because it said “Mustang” on the fenders.

The name, as it turned out, wasn’t fungible.

When word got out about Ford’s intention to call this front-wheel-drive (and no V8) car a Mustang, the reaction was salt-on-slug disastrous – Ford playing the part of the slug. It became very clear, very quickly, that almost no one here would buy a front-drive-car without a V8 masquerading as a Mustang. 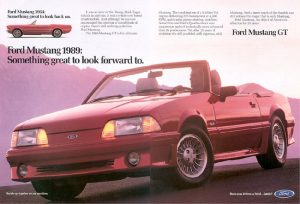 Not that what eventually came to be called the Probe was a bad car.

The GT version of it – with a DOHC V6 – was almost as quick as a same-era Mustang GT 5.0 – but it was no more a Mustang by dint of gluing (almost!) that name to its fenders than Bruce is a woman because he put on a dress (and took something else off).

Ford may own the legal rights to the name, but everyone knows what the car is.

Which brings us back to this Mach E “Mustang” isn’t-ness.

Ford can call a wheelbarrow “Mustang,” if it wants to. But that doesn’t make a wheelbarrow a Mustang any more than using a female pronoun makes someone born with XY chromosomes and the relevant equipment a male.

And a wheelbarrow is closer to being a Mustang than any electric car will ever be. You move the thing; you’re involved in the process.

EVs are cars in the way that inflatable sex dolls are women. They work – sort of – but something’s missing. 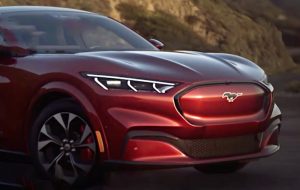 And a “Mustang” without a engine (and with four doors) is missing  . . . everything.

If this Mach E thing is a Mustang just because Ford (like Humpty Dumpty) says so, then anything can be a Mustang, which means, of course, that the name means nothing and Ford has just suicided more than 50 years of brand equity and possibly suicided itself in the process.

Has Ford forgotten the Probe fiasco? That was almost 30 years ago, after all.

But that is just the point. Thirty years ago, Americans still cared about the Mustang; today, those same people still do  . . . but they are 30 years older and Ford eyes them as aging out of the market for a Mustang, as historically conceived.

Ford’s thinking – which may be right – is that people who weren’t around 30 years ago don’t have the same conception about what a “Mustang” is – and can be convinced to buy one that, by the standards of 30 years ago – isn’t.

So long as Ford says it is.

But, that still only covers part of it.

And it’s missing a lot of it.

The deeper reason for the trotting out of the “Mustang Mach E to eventually replace the Mustang as we know it probably has less to do with changing demographics than with anticipating regulations. The Mustang – with an engine – is a car that will be increasingly difficult to manufacture in the coming years.

And even harder to sell.

Ford -like everyone else trying to sell cars – knows that electric cars are being forced down Americans’ throats by regulations designed to make it increasingly tough to sell them anything other than electric cars. 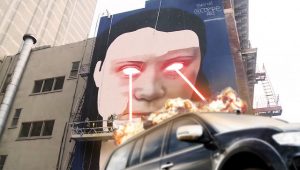 Only electric cars qualify as “zero emissions” vehicles; and mass-producing EVs is the only way car companies like Ford will be able to comply with Corporate Average Fuel Economy fatwas that will soon curb-stomp any car company whose “fleet average” economy isn’t almost twice the current fatwa-mandated average of 36 MPG.

The Mustang – as currently configured – isn’t suitable for the government “market” that’s been created. 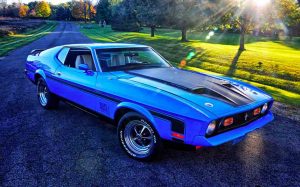 Ford hasn’t said it yet, but my bet is that management has already decided that there’s no future for Mustang  . . . the car.

But the badge will live on for a bit, a sad reminder of better times.