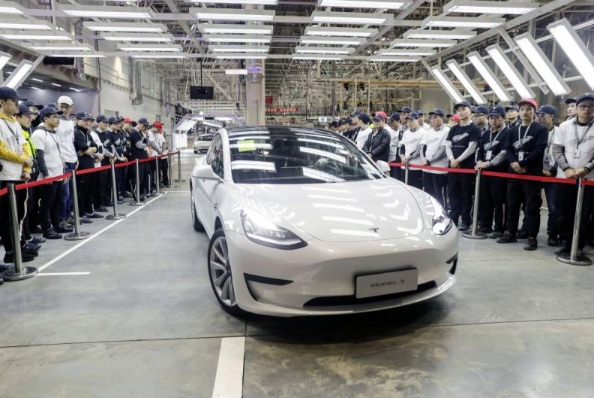 It’s interesting that Elon is set on building – is building – his electric cars in China. The reasons are twofold:

First, it’s cheaper to build his cars there – which is a way of making them seem more affordable here. Elon had to renege on his promise to offer his “affordable” Model 3 for $35,000 to start because – even with all the subsidies – he was losing too much money on the deal.

Elon hopes to make the Model 3 appear more affordable by not paying Americans to build it – but forcing Americans to subsidize it. Which is a kind of reverse Henry Ford maneuver in that Americans not building things have less money to money to buy things like cars – electric or otherwise.

But the affluent virtue-signalers who can afford one of Elon’s cars will get another subsidy – courtesy of Americans no longer working.

The other reason has to do with China, itself. It is the role model for the coming Technocratic Hegemony, a state controlled not by “1984” methods of the truncheon and Room 101 but by technology and social credit.

The Chinese want electric cars for the same reason they are being pushed here – and that reason is not the “climate crisis.” (If the “climate” really were in “crisis” on account of vehicle-sourced carbon dioxide “emissions,” then high-performance luxury electric cars which create and produce two or three times as much C02 than an A to B electric transportation appliance would create and produce would never be allowed.)

Electric cars are much easier to control – to turn off – at the whim of whomever controls the power. In the system of social credit that the Chinese hegemons are building, this is the key to controlling mobility.

That is the end goal here as well – which is part of the reason why EVs have been sexed up and talked-up by the media, which serves as the Ministry of Propaganda for the Technocracy.

But there is an upside.

These China-built Teslas are likely to have even better build quality than the ones made here. Italicized to clue you in to the joke.

U.S.-made Teslas are put together with the attention to detail given ’90s-era Geos. Their panels fit together poorly; their paint jobs suffer from orange peel. They frequently have to come back to the shop for “fixes” that no Toyota buyer would tolerate – and which would result in Toyota being raked over the coals by Consumer Reports.

But Elon can do no wrong – because he serves a purpose.