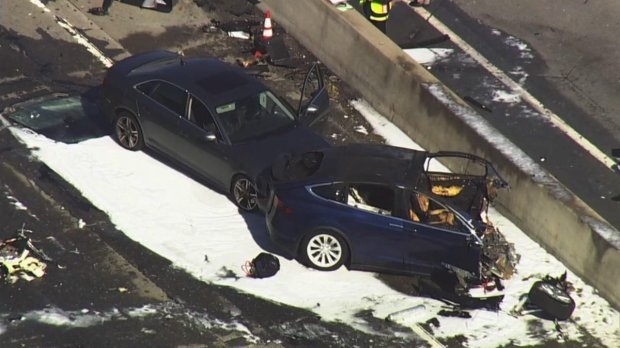 Tesla may have just killed its 14th victim; there are at least 13 confirmed kills so far  – as the result of Autopilot. Excluding auto-immolation.

This qualifies Tesla for serial killerhood.

But no FBI investigation – or even a recall.

Instead, an “advisory” from the National Highway Traffic Safety (sic) Administration that drivers of Autopiloted Teslas must always “keep their hands on the steering wheel and pay attention at all times” – which is right up there with Don’t Squeeze the Charmin.

What is the point of Autopilot and “autonomous” – automated – cars if you have to pay any attention at all? 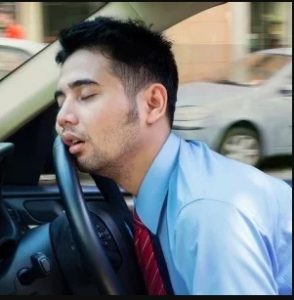 If, on the other hand, it is necessary for them to pay attention – which NHTSA concedes by warning of its necessity –  then Autopilot is inherently dangerous precisely because it is inevitable that people won’t pay attention. Do the passengers on a cruise ship go below to check whether the ship is taking on water? Are they expected to visit the bridge, to make sure the ship is headed in the right direction? That the captain isn’t drunk or asleep on the sofa? The whole point of being a passenger is to not have to pay attention – whether you’re a passenger on a cruise ship or a passenger in an Autopiloted/automated car.

But Tesla gets away with building cars designed to encourage drivers to become passengers; to take their hands off the wheel – and their eyes off the road – and then blames the driver when the car drives itself into something. 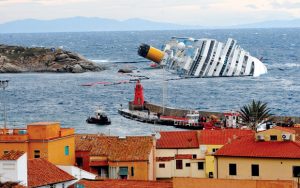 It’s as ridiculous, perplexing – and unjust – as holding the Costa Concordia’s passengers responsible for the ship wandering too close to shore and onto the rocks.

So why does Tesla get away with what amounts to the same thing – only worse because, it’s not just the passengers on these electric Costa Concordias that end up on the rocks but any poor soul who has the misfortune to be in the vicinity. Who didn’t sign up to be a passenger, or take his hands off the wheel.

Or rather, because Tesla sells electric cars exclusively and that is a project that cannot be interrupted by petty concerns about the cars being dangerous.

And then to replace the driver. 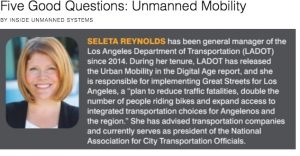 Doubt it? Listen (if you can bear it) to the fingernails on the chalkboard voice of urban planner Seleta Reynolds:

“LADOT is using its long legacy of cutting-edge innovation to prepare for an increasingly autonomous, shared and connected future. This starts with digitizing our assets. LADOT is exploring LiDAR technology to map out all of its curb space, nearly 15,000 miles of curbs through the city. This also starts with creating open source tools like the Mobility Data Specification (MDS), which uses APIs [application programming interfaces] to help LADOT digitally manage the world’s largest dockless scooter program.” 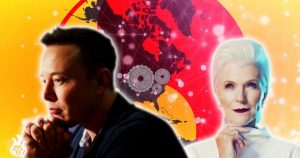 She and her fellow planners – this includes Elon Musk, Tesla’s founder – aren’t hiding their agenda. It is no mere coincidence that Musk’s grandfather, Joshua Haldeman was one of the first technocrats – a term coined by themselves – back in the 1930s. These technocrats regarded – and regard – themselves as a scientific elite possessed of superior wisdom, the possession of which endow them with the right to manage society using technology.

These people are the grandfathers of the corporatist movement that came in its wake – the unofficial but very real merger of Big Business and Big Government.

Just as Tesla has served as the government-subsidized, preferentially treated vehicle for changing the public  image of electric cars from boring and ugly to sexy and speedy – in order to shift people’s attention from their costs and hassles – so also the government’s eye seems oddly unable to focus on the recklessly dangerous automated driving tech built into every Tesla.

More evidence in support of this contention? Tesla’s cars are the only cars with automated driving tech that does not require the driver to “keep (his) hands on the steering wheel and pay attention at all times.” You may have seen videos confirming this fact. Other cars that aren’t electric cars (e.g., some of the latest Cadillac, BMW and Mercedes cars) but with similar automated driving technology – such as steering “assist” and so on – will automatically disengage if the driver takes his hands off the wheel for more than 30 seconds or so.

This makes it impossible to take a nap behind the wheel – without eating the wheel.

Tesla, however, is allowed to sell new cars without that failsafe. Or rather, that less dangerous. 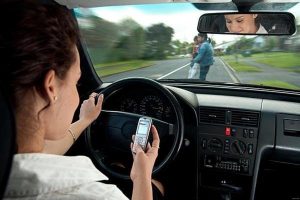 Drivers of other cars, of non-electric cars, are also scolded – are ticketed – for glancing briefly at their cell phones but Tesla is allowed to sell cars that are cell phones. Which have huge built-in touchscreens that require the “driver” to tap, pinch and swipe – because all of the Tesla’s controls are integrated into the touchscreen. Be safe and buy your protection products from Walgreens Ad.

And not just the controls.

How about the TeeVee? You can watch live-stream videos while not-driving your Autopiloted and Internet-connected Tesla. I could do the same while not-driving my ’76 Trans-Am, too . .  . if I brought along my laptop and propped it up on the dashboard. But I’d be subject to a ticket for doing so – and a lawsuit if by doing so my Trans-Am drove itself through a red light and into the flanks of another car whose driver assumed there was one behind the wheel of mine. 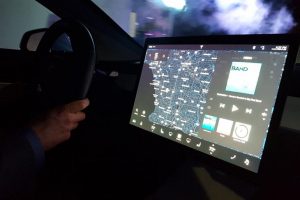 The reason I get the ticket – and the lawsuit – is because my Trans-Am isn’t electric. If it were, then all would be forgiven.

Or at least, allowed.