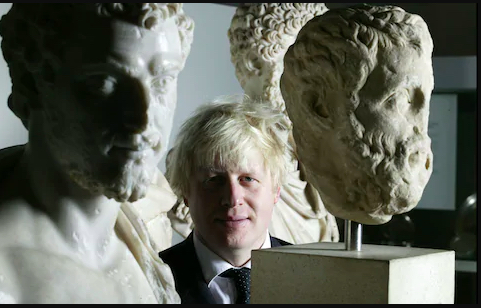 The story goes that when Julius Caesar crossed the Rubicon river with his legions and headed into Rome – something forbidden by the Republic – it signaled the end of the Roman Republic. A similar event has just occurred that heralds the end of the internal combustion-engined car.

Not because a lower-cost, more efficient and more practical alternative has been found – as happened when the Model T replaced the horse and buggy, without any bayonets shoved into the backsides of horse-and-buggy owners. 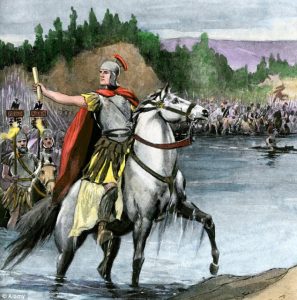 But because a higher-cost, less efficient and much-less-practical alternative has been found that requires bayonets shoved into backsides, for precisely those reasons.

Boris Johnson – the Caesar of Great Britain – has decreed that as of 2035 no one will be allowed to buy a new car that is not an electric car. Not even partially electric hybrid cars will be allowed.

Less than 15 years from now.

Car manufacturers – especially European-based brands such as Mercedes, BMW, VW/Audi/Porsche, Peugot (which just merged with Fiat – which owns the American brands Chrysler, Dodge, Jeep and Ram) and, of course, Jaguar/Land Rover – have been put on notice that there’s no future – not long from now – for other than electric cars.

And will therefore cease devoting resources toward the development of new cars that are not electric. 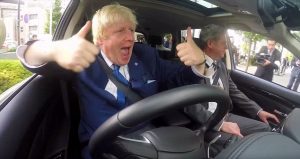 They’d be stupid to do otherwise.

The effect of this proscription – a Roman word whose original meaning is most apt in this context – will be felt much sooner than most people outside the car business may realize.

Far sooner than 15 years from now.

It takes years to conceive, develop, test and generally get a new car ready for the market. It takes years – often decades – to recover the costs of development including the tooling and so on necessary to manufacture it, build up spare parts inventory, train dealer service people – etc.

This is called the product cycle.

And less-than-15-years is too brief a cycle to spend much time – or money – developing new products that won’t be legal for sale by the time they are ready to be sold.

And so they won’t be developed. 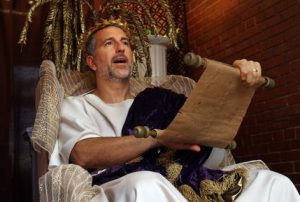 Whether there’s a market for them being irrelevant. Caesar will simply decree one.

All the brands mentioned above have already begun the switchover to electrics; not because there’s a market for them but because Caesar has said they will shortly be forbidden from bringing other-than-electric cars to market.

The reason it’s hard to buy a rifle – or even a pellet gun – in the UK isn’t for lack of a market.

It’s because the market has been illegalized.

Now, other-than-electric cars are to be illegalized. Not just there, either – and not just that. The UK ban will be followed by European bans – France has already banned. It will likely metastasize into a world ban.

American brands are international brands; they will make the “transition,” too. Caesar – our Caesar – may also do decree it. 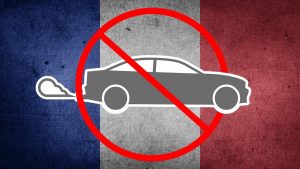 This is already happening – no need to wait until 2035. And not just in the UK. France and Germany currently proscribe the driving of other-than-electric cars in certain areas – and those areas will increase until it becomes proscribed to drive other-than-an-electric car anywhere.

At the retail level – new and used – the prices of other-than-electric cars will shortly collapse, accelerating the end. Of what value is a car you can’t drive where you need to go – or which will cost you a fortune (in punitive taxes) to drive?

Or which you will have great difficulty selling given these two facts?

Caesar says “We know as a country, as a society, as a planet, as a species, we must now act.”

He means we must be forced.

Caesars always speak in euphemisms – to make their proscriptions go down easier.

We must be forced – because it’s the only way to get most people into electric cars, for the same reason it would have been necessary to force most people back into their horse-drawn buggies.

Only the Amish go willingly.

Caesar says we must be forced because of the imminence of a bug-eyed “climate crisis” – predicted to arrive by 2030 – hence the hysteria of language and of legislation. But what happens when we get to 2025 – just five years from now – and the “climate” isn’t in “crisis”?

The jig will be up. Hysteria will abate – or at least, become recognized as hysteria. Those still afflicted can be treated – by psychiatrists. It will be realized that the End Times scenarios peddled on the basis of computer models and false – simplistic – assumptions about hugely complex and naturally variable phenomena – the “climate” – were of a piece with the Heaven’s Gate cult and the shedding of containers. 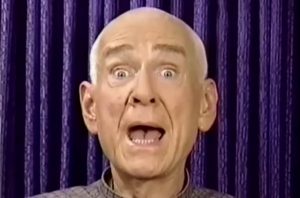 But it will be too late for the rest of us.

We’ll have been forced out of our cars and into electric cars – for those who can afford them. The rest of us will be forced to ride-share in electric cars or move close enough to where we need to be in order to walk there.

Which accounts for the urgency; the need to “act” – now!

If people are given too much time to think about it, they might have second thoughts.

Before it’s too late.