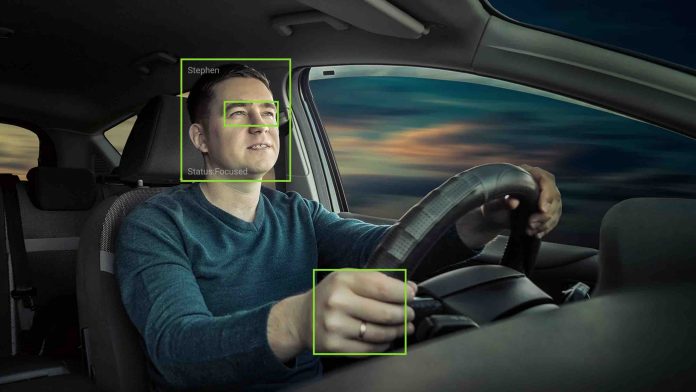 For years, the insurance mafia has been trying to get people to voluntarily plug a driving monitor into their car, using the prospect of a “discount” as an inducement. Most people don’t fall for this because they understand that the “discount” is of a piece with advertising that promises you’ll save “up to 20 percent” but actually save you nothing or very little – while always paying more.

Well, your next new car may come standard with the driver monitor already plugged in. Embedded, actually – which means you can’t remove it. Or say no thanks to it.  If you buy the car, you buy the embedded narc.

Allstate and Nationwide just announced they’ve “partnered” with Ford to pre-wire most 2020 (and likely all 2021) model Ford and Lincoln vehicles with the embedded tech to “participate” in what is styled the Milewise program, which uses the vehicle’s in-car WiFi to transmit to the mafia data about your driving habits. 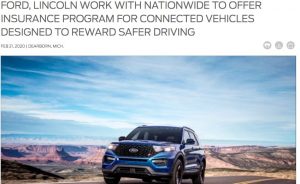 Elena Ford, chief customer experience officer at Ford Motor Company says: “This is the latest way we’re improving the customer experience . . . (it) makes getting insurance easier for connected-vehicle customers to cover one of their biggest investments – their vehicle – while saving money.”

The spiel goes on to promise “savings” of (here it comes) “up to 40 percent.”

Ostensibly, the monitoring is merely of the mileage driven – you pay less if you drive less – but what people aren’t being told is that the vehicles so equipped are fully capable of transmitting data about everything.

And not just your driving, either. But let’s start there.

How far you drive and where – as well as how fast. Anything faster than the posted speed limit being, of course, synonymous with “unsafe” driving – and we all know what that means.

Bye-bye “up to 40 percent” savings. More like 40 percent surcharge.

It will be like taking a radar trap with you every time you drive. Or rather, being unable to drive without running afoul of a radar trap.

These in-car narcs also monitor how quickly you accelerate. Even if you never actually break the speed limit, if you accelerate too quickly – for saaaaaaaaaaaaafety! – then you can expect to not get that discount. Same goes for braking “too abruptly” – another indicator (according to the mafia’s metrics) of “unsaaaaaaafe” driving.

Basically, if you don’t hew to the “defensive driving” orthodoxies enumerated in the DMV manual – i.e., total mindless obedience to every traffic law, including full stops at every stop sign, the use of a turn signal every time you make a turn, never making a right turn on red, no passing if it means “speeding” – even if that’s the only safe way to pass – and eggshell-under-the-pedal accelerator and brake pedal inputs.

The tech also knows whether you’re buckled up for saaaaaaaaaaaaaaaafety, using a cell phone and even where your eyes are pointed (“drowsy/distracted driver” systems that use real-time eye-movement monitoring).

The car monitors alles – and alles can be piped in real-time to the mafia.

Ask any commercial driver. They are the Beta Test guinea pigs for what’s soon to be (cue Toothless Mountain Man voice) ree-quired of the rest of us.

It’ll be “optional” at first – in the sense that you’ll have the option to not do business with the Nationwide and Mutual families of the insurance mafia. But the other families are sure to clamber on board and it’s inevitable that if a new car comes equipped from the factory with the embedded tech to narc you out, the mafia will ree-quire it as a condition of coverage.

Which you can’t opt out of.

None of this would be intrinsically threatening if it were possible to (as Nancy Reagan used to say) just say no  . . .

Not to Ford and the other car companies who are embedding wireless squeal-on-you (and squeal like a pig) technology in their new cars as part of the standard equipment suite. No one is forced to buy a Ford or any other car and that would serve as a kind of firewall against such intrusive, creepy tech because other car companies would likely not include it, giving you the option to avoid it – and putting pressure on Ford to not include it, assuming most people didn’t want it.

But when the mafia is in cahoots with the car companies it becomes very threatening because the mafia can literally threaten you. It can sic the government – and armed government workers – on you for saying no. It can force us – via the application of duress – to accept the in-car narc.

And not just Ford’s in-car narc.

When all the Five Families (there are more, but the term amounts to the same thing) decide to collectively reequire the in-car narc as a condition of their “coverage” – which the law reequires us to buy – then we have to accept as well as buy.

Allstate consigliere Ginger Purgatorio says that the in-car narc will “give drivers the ability to control and customize their auto insurance policy like never before.”  She has it exactly right – except for the beginning.

It will give the mafia “the ability to control and customize their auto insurance policy like never before.”

A Step Back Toward Peace Keeping