The words of Dr. Hannibal Lector, the serial killer psychiatrist played so chillingly by Anthony Hopkins in the movie, Silence of the Lambs – spoken to FBI agent Clarice Starling. The estimable Dr. wanted something in return for the information Clarice was seeking from him.

The principle is sound – and applies in reverse.

Uncle – the government – is recording and collating the minutia of our comings and goings and many more things besides via automated license plate readers – known more generally by the acronym, ALPRs. These ALPRs are being installed everywhere; and what they do is quite literally Orwellian.

They watch us – without blinking – 24/7, automatically culling personal data about our travels, every time we travel. The government not only knows when and where we go and how long we were gone, it can predict where we’ll go in the future, using “data points” to make inferences and construct accurate patterns about our daily lives, preferences and habits. 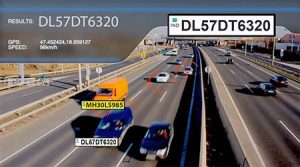 Specifically our lives – as the “data points” are tied to us as individuals, via our license plates – which tie our cars to us. This means everything that is tied to your Social Security number – never to be used for identification purposes; remember that one? – as that is tied to your driver’s license number, which means practically everything about you and your life, all in a great matrix of Ones and Zeroes stored in perpetuity, built upon continuously and over which you have no control whatsoever.

We don’t even know exactly what data they’re collecting – or who they’re “sharing” it with, in the argot of modern government-speak. Probably the insurance mafia – the better to dun you with, since the ALPRs can narc you out for “speeding” as well as for driving where and when the mafia prefer you not. But it’s much more – and much worse – than just the mafia.

A recent audit of ALPR use in California discovered that “data points” were being “shared” with more than 1,000 entities.

They certainly didn’t ask our permission to collect or “share” all this data.

Our “consent” is implied – which is kind of like she-was-asking-for-it when it comes to rape – except one’s considered bad form while the other is entirely legal.

We might as well lay back and enjoy it.

Ostensibly, it’s all for our own good – to make it easier to identify, track and presumably catch bad people such as car thieves, kidnappers and so on. The problem, of course, is that it catches everyone – the majority of whom are not even jaywalkers. Electronic dossiers are kept just the same – apparently, just in case. 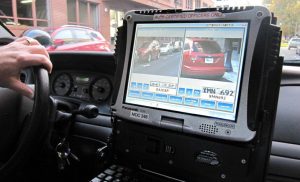 And the APLRs are used for much more than identifying people who’ve done illegal things. They store data that could be very helpful when the government decides to make new things illegal in the future – for example, buying a gun. Legal today; maybe not next year. Don’t be surprised when an armed government worker knocks on your door next year – because the government knows you went to a gun store last year.

If we are subject to real-time monitoring on a just-in-case basis, then why not government – that is to say, government workers? Who knows what they might be up to.

How about ALPRs for Uncle?

Every government car – including the Decider’s car – fitted with a monitoring system that enables us to keep track of them. Open sourced, so anyone who has access to the Internet can pull up a screen shot of their favorite government worker’s vehicle any time they like, just to keep track. Where was he yesterday? How about two months ago? Let’s gather up all the data points and see whether there’s any pattern there.

Of course, such logic never applies to government – much less to those who work for the government. Which is to say, who do not work for us – even though we are the ones forced to pay for their work.

It makes me want to eat their livers with some fava beans and a nice chianti.