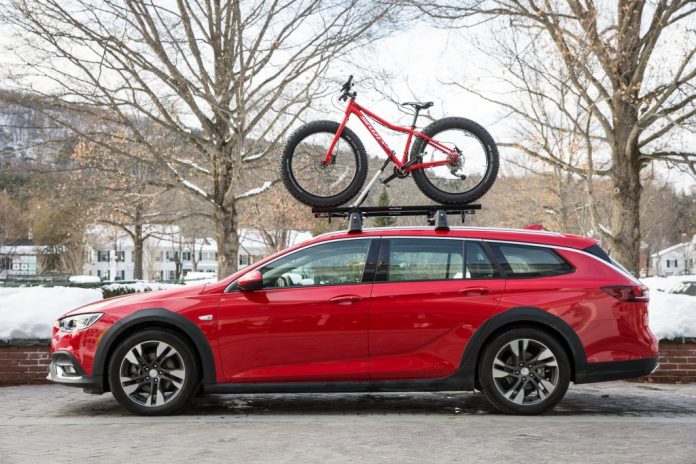 Some of the best deals going are on the cars almost no one knows about – which stands to reason. How do you buy what you’re unaware exists?

How about the Buick Tour X wagon?

It’s the unknown soldier of the new car market – probably because GM hasn’t been marketing it much. And that probably has to do with the fact that the car it’s based on – the Buick Regal sedan – has been Corona’d.

But you might want to know more about the Tour X – so you can still buy one.

Well, while you still can. 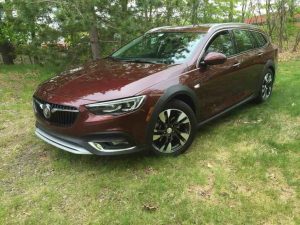 The Tour X is a mid-sized five-passenger wagon built off the mid-sized Buick Regal sedan.

It is very similar in general layout, size, capacities and capabilities to the much-better-known Subaru Outback wagon. Both come standard with all-wheel-drive and both have about 75 cubic feet of total cargo space – about five times as much as a same-sized sedan.

But the Buick is much sexier – and much more luxuriously fitted out – and it comes standard with a powerful turbocharged engine – which is available in the Crosstrek, if you pay the extra shekels to get it. 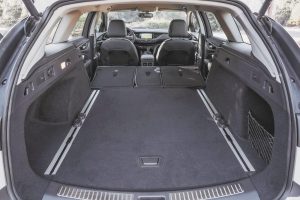 Tour X prices start at $29,370 for the base trim – topping out at $35,070 for the Essence trim. In the middle is a $32,970 Preferred trim – all the trims having more (or less) optional equipment but all of them coming standard with a 2.0 liter, 250 horsepower turbocharged engine paired with an eight-speed automatic transmission and all-wheel-drive.

The otherwise similar Subaru Outback also comes standard with AWD – but paired with a much-less-powerful 182 horsepower 2.5 liter engine. If you want an engine that’s comparable to the Buick’s standard engine, it’s available – in the $34,895 XT Outback, the $37,745 Limited Outback and the $39,695 Touring Outback. 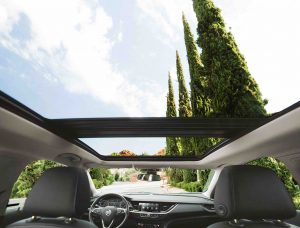 Less nanny-laden than the Outback.

Less common than the Outback.

Less ground clearance than the Outback.

Less legroom in the back than in the Outback.

Will probably depreciate more quickly than the Outback.

You should know that the Buick’s engine is a GM engine – the same engine, basically, as the engine used in a variety of other-than-Buick models, including the Chevy Camaro. So don’t worry about parts or service down the road, even if Buick gets Corona’d. This engine isn’t like the old Buick 215 turbo V8 of the ’60s – which  was hard to find parts and service for after it got discontinued. 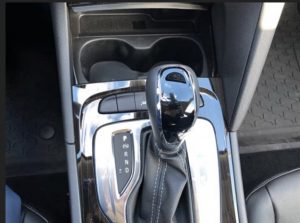 Subaru does offer a slightly stronger 2.4 liter four with a turbo – and 260 horsepower – but to get it you have to buy one of the much-more-expensive (XT, Limited or Touring) trims, the least costly of which will cost you $5,525 more  than the as-it-comes Buick.

The Tour X has another advantage over the Outback.

The more efficient CVT gives the Subaru a slight mileage advantage – 26 city, 33 highway for the 2.4 turbo vs. 21/29 for the turbo’d Buick – but it’s a small advantage, especially given the cost differential of the cars – and people who prefer the feel of a conventional automatic that shifts up and down over the shiftless feel of a CVT will probably be happy to make the MPG sacrifice.

Especially when gas is so cheap that MPGs no longer matter much. 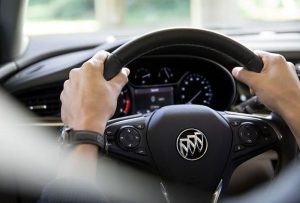 Both the Tour X and the Outback have comparable grip.

The big difference between the two is that the Buick has a lot less clearance than the Outback, which has almost 9 inches vs. the Tour X’s 5.8 inches, which is about the same as the Regal sedan’s.

This means the Buick looks slinkier but is less invincible in the snow – and definitely not as able to deal with badly washed out gravel/dirt roads as the  more intrepid Outback, which can go almost anywhere a jacked-up 4×4 truck could go . ..  without actually being a jacked-up 4×4 truck.

Your compensation is that the as-it-comes Buick is much quicker.

It can get to 60 MPH is just over six seconds. The much less puissant Outback – with its as-it-comes-engine – needs 8.7 seconds in a best case scenario to accomplish the same. With a two or three people riding along plus a load in the back, the Outback – as it comes – is seriously slow. 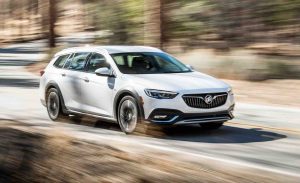 Even with just a driver on board, the difference between the two is big enough to be immediately obvious – as well as an everyday liability in normal traffic vs. the occasional advantage of a bit more snow-fording/unpaved roading capability.

You almost have to buy the Outback’s optional 2.4 liter engine – while with the Tour X, you don’t have to buy anything extra at all.

The Outback’s standard AWD system does boast a potential high-speed handling advantage in that it can adjust the power flow from wheel to wheel (“torque vectoring”) as opposed to just front-to-back, which is a useful way to automatically correct for understeer and oversteer during high-speed cornering.

But the Buick has the advantage of being much more capable of high speed – at least, as it comes.

Which you’ll like if you’re tired of the endless emphasis on “sportiness.” Not that there’s anything wrong with sportiness – as Seinfeld used to say. But it’s become hard to find a new car that emphasizes poshness. 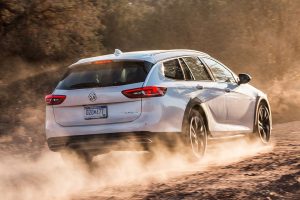 Not in a 1960s way – but not like the way almost all new cars do. They sacrifice comfort on the altar of  lap times and G forces, which become the basis of advertising copy and numb legs, after four or five hours of not driving on a track.

This Buick has the graceful feel of a modernized Electra 225 – and that’s high praise, if you can remember what it was like to drive or ride in a deuce and a quarter. 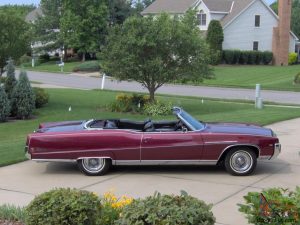 Especially as regards quiet – and this (besides the power) is the Tour X’s winning hand over the Outback, which is  much noisier as it comes because of its much less powerful standard engine and – thus – much noisier engine. Which noise is magnified by the CVT automatic – because it keeps the underpowered and so struggling engine revving, unless you’re just coasting.

To be fair to the Outback, this problem goes away  . .  . if you buy the optional 2.4 liter engine, which not only has plenty of power but even more torque than the Buick’s engine, which means the engine rarely has to rev and so is very quiet as well as very punchy most of the time.

But there’s that small matter of the extra $5k-plus you’ll have to pay to reach par. 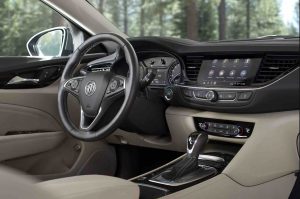 The Tour X is a car you don’t see in practically every parking lot.

The Outback is a car you see everywhere.

It’s also got an association.

I like the Outback; it’s a very capable, very versatile car that can eliminate the need to own an SUV or a truck in addition to owning a car. And though it’s underpowered as it comes, the Soobie’s standard boxer engine – which isn’t turbocharged – wears the heavyweight title belt for long-term durability.

It may not go fast – but it goes long.

But, there’s that association. Of liberalism – and alternate lifestyle-ism. Somehow, Subaru became the brand for both.

What’s cool about the Buick is that it’s basically the same car – without the baggage. 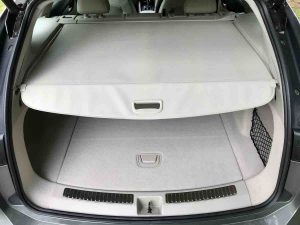 You can cover all that cargo, too. With the car itself, of course – an advantage over the bed of a truck. And also with a full-length retractable cargo cover, that hides your stuff from whomever might be looking.

Also available is a beautiful full-length glass sunroof that makes being in the Tour X feel almost as airy as being in a ’69 225 convertible.

The Outback does have more backseat legroom – 39.5 inches vs. 36.9 in the Buick – but if you like the idea of driving something not everyone else is, then you might like driving this Buick.

There’s one more advantage the Tour X has over the Outback:

Not much has fundamentally changed since the launch of the original Tour X back in 2018 – while the 2020 Outback is fundamentally new. Which means it comes standard with all the latest “safety” and “driver-assist” features, even including facial recognition tech. But some people find these features aggravating as well as creepy.

If that’s you, then the Tour X could be for you.

Because you don’t have to deal with any of it, much less pay for it – unless you want it.

The as-it-comes base trim does not have “forward collision warning” or “automatic emergency braking.” It doesn’t even have “rear parking assist” or “cross-traffic alert.” These things are all available – if you do want them – in the Preferred and Essence trims.

The Outback comes standard with all – and more – of these things.

You might also want to cross shop the Tour X vs. a Volvo XC90 wagon – which costs almost twice as much, is smaller – and has less cargo capacity.

It’ll make you feel even better about this Buick.

GM should have tried harder to not keep this one a secret.