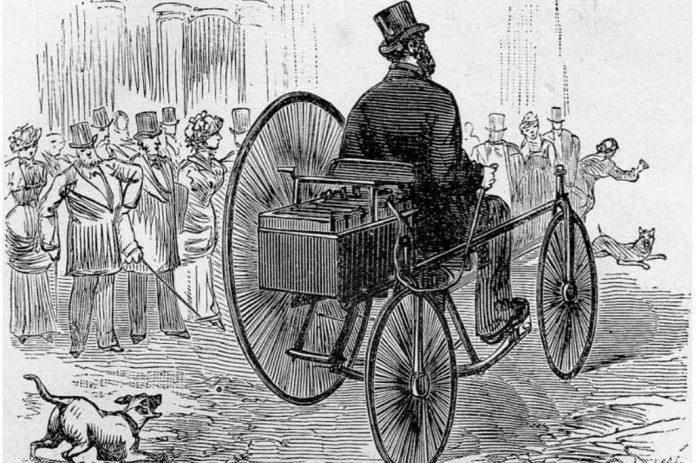 One of the reasons for the current barbarians-at-the-gate problem is so many people have no consciousness of history. It is very true that one cannot understand the present if one doesn’t know what happened in the past. How could one?

Thus, many people unknowingly regard the EV as a “new” thing – and “the future”  – when in fact EVs are an ancient thing.

Their problems aren’t new, either.

The electric car battery dates to circa 1859 – decades before the first internal combustion-powered engine appeared. Its inventor, a Frenchman named Gustave Trouve, bolted his battery and a small electric motor to a tricycle and – voila! – the first EV. 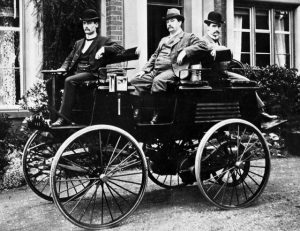 It had the market all to itself because there was no other means of getting around except getting a horse. However, it didn’t develop much of a market because it was too small and too impractical, being a three-wheeler – and not being able to go very far. The latter a problem that continues to beset four-wheeled electric cars.

The first one of those was made by a Brit – Thomas Parker – in 1884. He improved on the design of the lead-acid battery and the “dynamos” (generators) that created the electricity to recharge them.

More electric cars followed – including the German-built Flocken Elektrowagen of 1888 and then (in America) the Baker Electric Motor Vehicle Company, which built its first EV  in 1889.

They improved on the basic concept pioneered by Trouve and Parker. They had the same desirable attributes then as now. They were simple and quiet and in those ways preferable to a horse, at least for getting around in a city. And they were preferable to the early IC cars, too – which were not simple or quiet or easy to use. You had to have the physical strength to manually crank the engine, which excluded most women from getting behind the wheel. You also had to know how to manipulate all sorts of levers, adjust spark timing and various other high-order skills which excluded lots of men.

The early IC cars also excluded most men and women who couldn’t afford one. The early IC cars were essentially hand-built, one at a time – and so very expensive relative to an EV and to a horse. 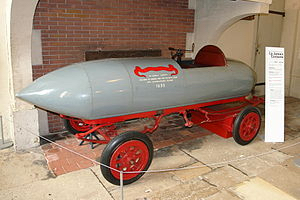 Plus, they were crude and balky and seemed to be going nowhere – and not very fast.

Here’s more history most have forgotten:

The first land-speed records were all held by EVs, up to 1899 (65.79 MPH achieved by the Belgian Camille Jenatzy driving La Jamais Contente).

But not for long. Literally – as well as figuratively.

The rickety little Benz “patent” Motorwagen – the world’s first production IC-powered car – arrived in 1885 and well behind the EVs that were around at the time. Like Touvre’s contraption, it was also a three-wheeler, but instead of a battery it was propelled by a single-cylinder (1 liter) combustion engine. 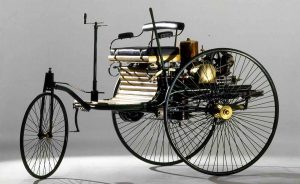 The beating heart of the future.

The IC-powered car got a late start but quickly caught up – and passed – the electric car.

Not just in speed.

It took only 17 years for IC propulsion to go from where the EV was circa 1859 to being the holder of the new land speed record – 76.03 MPH – set in 1902 by American driver Willam K. Vanderbilt.

But speed isn’t everything – then or now.

What enabled the IC car to sail past the electric car – in terms of sales – was its endurance, versatility and low cost. In these respects, the EV became the past almost as quickly as ice cream melts in the July sun.

If one lived on a farm out in the country – as most Americans still did around the time Henry Ford introduced his Model T – one lived very far from places to plug in. Many homes didn’t even have electricity – and even those that did were too far away from where the people who lived there needed to go – and get back from.

But an IC did. In part because its fuel was portable – and easily transferable. Liquid energy that didn’t have to be pressurized to remain liquid; that was easily poured or pumped without any special equipment or precautions. This – plus the ability to go much farther without needing to refuel – literally severed the umbilical cord that tied the electric car and its owner to the city.

The Model T was also cheap. Almost literally dirt cheap. It got cheaper, too – with each new model year. Anyone who worked at Ford could afford a Ford. And soon, a Chevy. Or any of what quickly became an array of choices in sizes and colors and shapes that became the envy of the rest of the world.

Not only were they affordable, they were also drivable – by almost anyone, too – once Kettering invented the self-starter.

IC cars gave Americans – average Americans, not just rich Americans – unprecedented individualized freedom of movement. The freedom to go literally anywhere that wheels – their wheels  – could take them. It is not going too far to say that internal combustion liberated them.

And not merely in terms of mobility. IC also gave them time – that priceless commodity none of us, no matter how much wealth we possess – can buy even a little bit more of once spent. Instead of waiting for a battery to charge one just went about one’s life. Farther – and faster and cheaper. 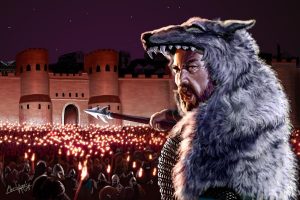 And now – ignorant of the history – Americans clamor for a return to the past. To re-attach the umbilical cord that once tied them to a particular place and so diminished their freedom of movement, lowered their horizons, cost them irreplaceable time and – in a very real sense – kept them on the farm.

Now it’s back to the farm. The cube farm. Face-diapered and chipped. Heads down, arms vaccinated.

The Not Stately Mercedes!