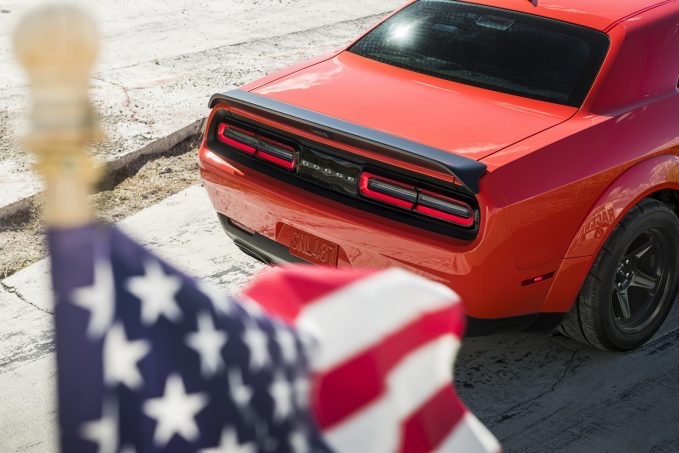 One of the great stories of Naval history is the Battle of the North Cape in late December, 1943 during which Germany’s last battleship, the Scharnhorst, fought to the death – alone – against an armada of British warships. Scharnhorst eventually went down, but with her after-turret still firing as she did – earning the respect of the British commander, Admiral of the Fleet Bruce Fraser, who said:

“Gentlemen, the battle against the Scharnhorst has ended in victory for us. I hope that any of you who are ever called upon to lead a ship into action against an opponent many times superior, will command your ship as gallantly as the Scharnhorst was commanded today.” 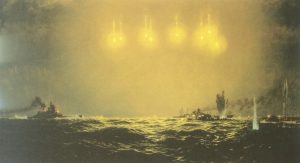 The same may one day be said of Dodge – the last American car company, also fighting gallantly against probably insuperable odds and determined to fight to the last shell, just like Scharnhorst.

Rather than bend knee to the EV – or even downsize its fleet – Dodge has raised its barrels in the direction of the EV and increased the caliber of its guns.

It will henceforth sell nothing but big-gunned, rear-drive cars – and SUVs. Life, liberty  . . . and the pursuit of horsepower.

The Caravan minivan is gone; the Journey has been sent on one.

But the 2021 Durango will be offered in Hellcat trim – equipped with an uprated (710 horsepower) version of the magnificent supercharged Hemi V8. 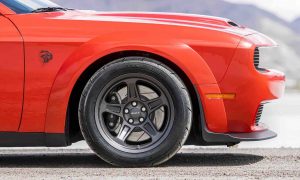 it will also be given the four-wheeled equivalent of an updated Seetakt radar set – which Scharnhorst badly needed – to help it escape the enemy: an improved suspension, so that the 5,000 pound SUV can take corners as flat and as fast as a 2,000 pound sports car.

The 2021 Charger Redeye, meanwhile, gets 797 horsepower – along with the Wide Body kit – a kind of 16-inch armor belt around the perimeter that conveys to the unwary that this is a heavy hitter.

Flagship of the fleet is the 2021 Challenger Super Stock, which creates a wake with its 807 hp Hemi.

Kapitan zur See Tim Kuniskis – actually, he’s honcho of FiatChrysler’s North American brands (i.e., Dodge, Chrysler, Ram and Jeep) – says that Dodge will henceforth “embrace its strengths” – which is implicitly a shot across the bow of those who embrace the strengths of government. Who show weakness in the face of the enemy, which – to anyone who actually likes cars and driving them – is the government. 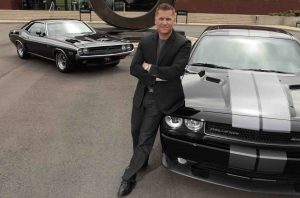 The reason Dodge stands alone as the only seller of big American cars with big engines  without big prices is because it hasn’t struck its colors, tucked tail and meekly sailed into captivity, as most of the rest already have.

It hasn’t changed what sells, despite heavy pressure from the Mandate Mandarins. The Charger and Challenger are the oldest new cars you can buy. Neither – they both share a common platform, or underlying chassis – have been changed much since 2007, which if you’re counting is 13 years ago.

The typical “product cycle” of a new car is about four years. Throw it away, start over. Make it more government-compliant and politically correct. Install the very latest in “robust driver assistance” technology.

Dodge dodges that – because it’s not what people who buy Dodges crave. They buy new Dodges precisely because they’re not new – so as to avoid “the very latest.” 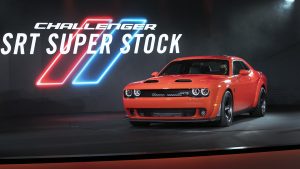 Keeping things the same also keeps down costs, which helps sell more because people can afford to buy them.

Dodge hasn’t “invested” in EVs – for which there are mandates but not much market – something which used to matter to people in business. Or at least, the business of pleasing customers.

Thus, it hasn’t had to shift the costs of designing and building EVs that can’t be sold for what they cost to design and build – plus a profit (otherwise, why bother?) onto the backs of the vehicles that do sell for a profit, like the Charger and Challenger. 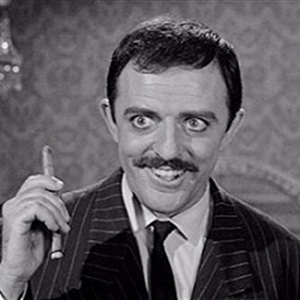 Of course, this will make it harder to sell cars like them in markets like California, where mandates trump markets. But that can be solved easily enough by not selling in California, until the market is once again allowed to decide what’s for sale.

That being a capital idea – as Gomez Addams used to say.

There are still enough Americans left who are not only willing but want to buy an American car – not a government-mandated car. That’s the market that deserves attention.

Dodge is going to do just that – focus on this Brotherhood of Muscle – the actual new slogan – and let the snowflakes melt in the afterglow.

This could be the first salvo of another battle – one that’s well worth fighting, even if the odds are stacked in favor of the enemy.

Kuniskis says “(we will be) giving our passionate, engaged and very vocal performance enthusiasts exactly what they want: More performance.” 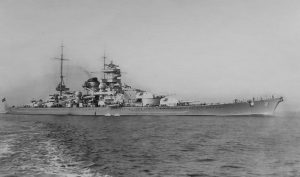 We’ve become so PTSD’d by the juggernaut of virtue-signaling political correctness that hearing a car company executive exult about performance – no mention of saaaaaaaaaaaaaaaaaaaaafety or carbon dioxide “emissions” –  is almost as startling as seeing a person blatantly not Face Diapered among the Diapered.

I hope that any of you who are ever called upon to go into action against an opponent many times superior will command your ship as gallantly as Dodge is being commanded today.

Fight like a demon – until the barrels glow red and the last shell is fired.

A New Species of Clover