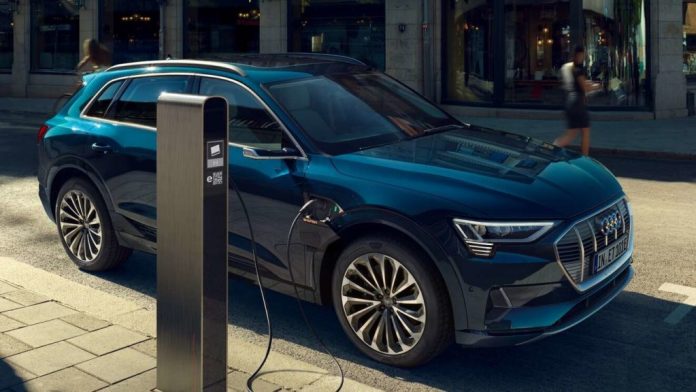 Audi has just announced it will lower the sticker price of the e-tron, its first fully electric mass market vehicle . . . which is having trouble finding a market.

Probably because the thing only goes 204 miles but costs $74,200 to start. To put those numbers in context – like deaths from the WuFlu as opposed to the daily ululations about the cases! the cases! – you can buy an otherwise similar Q7 (which is actually a bit larger and significantly more spacious) hybrid that can travel 500-plus miles for $54,800.

But it’s like pulling down the Diaper just enough so you can breath through your nose.

Better to just take off the Diaper.

Of course, anyone who buys an e-tron is probably also buying the cases! the cases! – and fully Diapered up.

But the rest of us can’t afford either.

Even if you believe that EVs are “clean” – which they’re not, but let’s pretend they are, just as people are pretending that dirty bandanas “stop the spread” – it won’t save the planet if most of the people on the planet can’t afford one. Which is the fundamental problem with all electric cars on the market, which is why the quickness of electric cars (well, except as regards charging) is touted . . . so as to prevent people from thinking about the economics.

Very much of a piece with the cases! the cases! It keeps people from thinking about the deaths that aren’t occurring  . . .from unnatural causes. 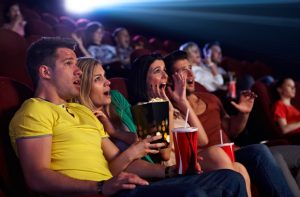 Very much of a piece, also, with the dirty bandanas and ill-fitting disposable Diapers being worn to spread the fear.

If those spreading the fear really wanted to stop the spread – of the virus, assuming for the moment it presented a serious threat outside of old-age homes and hospitals – then bandanas and disposable Diapers would be replaced by properly fitted N100 or better respirators, but these – like EVs – are economically unsustainable. The average Joe cannot afford to spend even $25 per week on a new respirator and forget several times a week – to keep a working unit covering his face.

And so, we pretend – in the way a schizophrenic muttering under a bridge pretends he’s the dauphin.

He’d be a great customer for the e-tron.

If he had any money to buy it with. 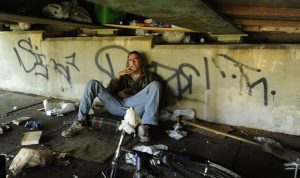 Hilariously, Audi touts a revised upward range of the 21′ e-tron, which can now travel as far as (wait for it!) 222 miles before it conks out like a Corona Karen triggered into apoplectic catalepsy by the sight of someone Undiapered.

In plain English, the e-tron now goes maybe half as far as the hybrid Q7. But it still takes at least five times to partially recharge at a “fast” charger – if one’s available – as the hybrid Q7 can refill to full.

It’s as ridiculous as Sickness Kabuki.

And both are dangerous.

Delusional thinking becomes a problem when it is normalized. When crazy ideas – and crazy people – are taken seriously. That leads to crazy ideas being imposed – on the not-crazy. Who have been disarmed by the disallowing of reason as the basis for objecting.

Thus, forced Diapering – not because of a virus that has a fatality rate of less than 1 percent of the general population and which poses about the same risk to the elderly of the AC shutting off in the nursing home when it’s 100 degrees outside – but because of demented ululations about the cases! the cases!

If you aren’t allowed to counter this with facts about deaths – well, the hysterics have already won their case.

The same vile rip tide of mental disorder afflicts any discussion of the sanity of electric cars that aren’t going anywhere – or not very far – and which about as many people who have died from WuFlu can afford. This being an interesting vehicular juxtaposition of the cases! the cases! vs. the deaths.

Lots of the former. Very little of the latter. 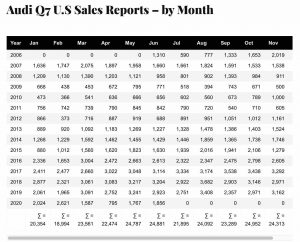 Lots of EVs being pushed onto the market – by EV mandates – but very few of them being sold.

Audi has offloaded only about 2,800 e-trons in the United States this year – slightly more than Audi sells Q7s in a month.

A sane person might raise his hand; maybe ask a question or two.

But to raise these questions is like questioning the efficacy or sensibility of the Diaper.

Perhaps the two will come together in a kind of fusion of insanity. A Diaper over ever face and an electric car in every garage. Never mind if it makes sense. Never mind that it is repudiation of sense.