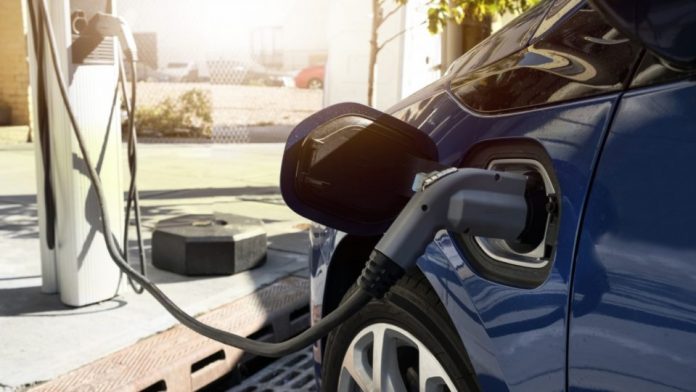 General Motors is pressuring its dealers to “commit” to spending hugs sums of their money on equipment and facilities to make GM’s electric cars more palatable to buyers. Which begs the question almost no one covering electric cars ever brings up.

Probably because of the answer.

If there were buyers for the electric cars GM is making, dealers wouldn’t need to be pressured to invest in such things as fast chargers and other EV-specific equipment, since these things would result in making money.

As opposed to wasting it. 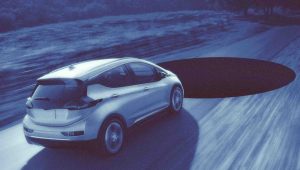 Dealers willingly add additional bays, hire more staff, buy diagnostic equipment, spruce up their showrooms – and so on – when it is in their financial interests to do so. Dealerships being in business  . . . as opposed to the political business.

Which is what EVs are all about.

GM – and everyone else, including Tesla – makes electric cars because of politics. Because of political mandates to make them. And to “sell” them – in air quotes to emphasize the fact that all electric cars are given away in that any money made off the transaction is purely the result of various wealth transfer schemes, such as subsidies and “credits” – in quotes to emphasize the fact that they are extortions. Tesla – the greatest practitioner of this art form – uses the political mandates to make EVs to extort money from other car companies that do not make them; they pay Tesla money to get “credit” for making them, which is easier than actually making EVs themselves and then having to figure out how to get rid of them. 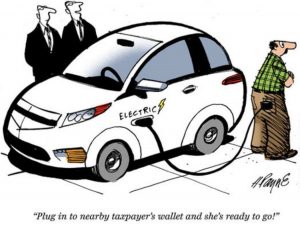 If it were profitable to make the EVs themselves, they’d never pay Tesla to do it on their behalf.

It’s noteworthy that every electric car GM has brought out had to be brought back – that is, cancelled – after it became too embarrassing to continue making what couldn’t be sold. This includes the 2013-2016 Cadillac ELR, which needed CPR after not-selling. Or rather, not selling for a profit after three years, during which timespan GM gave away just under 3,000 of them.

For a sense of just how dismal those numbers are, during the infamously afflicted Pontiac Aztek’s seven year run (2000-2007) GM sold almost 120,000 examples. Without a single government bayonet shoved into anyone’s backside.

The only EV GM currently sells – the Chevy Bolt – isn’t doing well, either. Before WuFlu, sales were down 22 percent and are likely to go down more if the federal bribe of $7,500 per car is discontinued – a sword of Damocles hanging over the head of Tesla, too. 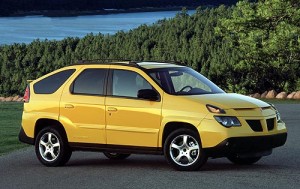 Reason being that without the $7,500 bribe, paying full price for an electric car – especially one like the Bolt, which is basically an electric economy car absent the economical cost – isn’t economical.

It requires innumeracy to purchase such a car – if the object is to save money – given one can buy an otherwise equivalent actually economical non-electric car for about half that sum.

If the object is something else, okay – but there just aren’t that many virtue-signalers with the disposable bucks on hand to pay twice the cost of an actually economical non-electric car for the uneconomical electrical analog.

And yet, GM is doubling down. Making more electric cars, even pricier than the Bolt – because the government says it must and GM hasn’t got the guts to say no, we won’t. Instead, it is telling its dealers to dig deep – into your pocket. Because the dealers aren’t the ones who are going to pay for this.

Non-electric GM cars will also cost you more, so as to offset the cost of making EVs GM can’t sell without losing money.

They’re all doing this, of course – because the mandates apply to them all. And because they’d rather play political step’n fetchit than challenge the mandates. Just like the businesses who are too afraid to challenge the “guidelines” of the Gesundheitsfuhrers. At least you don’t have to subsidize someone else’s Face Diaper. 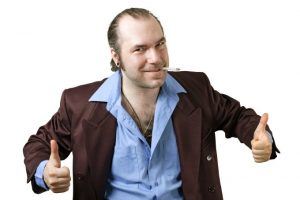 It is all a great greasy scam that almost no one is willing to talk honestly about, because that would result in the scam becoming unpalatable. So instead, everyone in the business pretends – in the manner of almost everyone pretending everyone is sick being the method used to perpetuate the WuFlu scam.

GM political commissar Steve Carlisle said that pressuring dealers to join in the subsidization of EVs is ” . . .a necessary step we need to take to achieve our vision of an electrified future.”

Cuing Tonto voice: Who is “we,” white man?

Not the absence of any claims about a business future. It is instead a vision – as in mirage or hallucination.

“We can communicate what we think is required to create the environment, and we’ve got to work with the dealers, the dealer councils and the associations to arrive at a conclusion,” he added.

Italics added to emphasize the unspoken.

GM is “asking” its dealers to spend between $120,000 and $200,000 each to “ready their facilities” for the EVs GM intends to build because the government says it must. But it does not say people must buy them. Not yet – though that is likely coming and may be what GM is banking on.

Still, most of GM’s dealers have “balked” – note the gaslighting – at the prospect of shelling out six figures to service cars that will cost them six figures.

No one is supposed to ask questions about this because it is done for the sake of a cause – “climate change,” the religion being displaced by the new religion (“stopping the spread”).

And that’s the answer no one wants to hear.

Which is why the question is almost never asked.