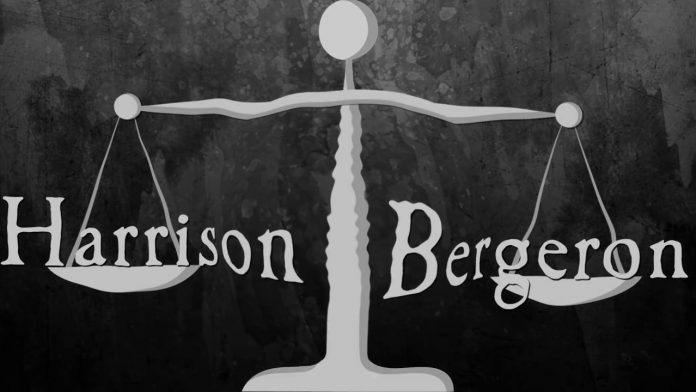 America is becoming Bergeron – a new country based on the principles laid out in Kurt Vonnegut’s depressingly prescient short story, Harrison Bergeron.

It is a country in which – as in the book – you may not act if anyone of lesser strength or ability or drive cannot act at the same level. You must accommodate yourself to their level.

Everything is leveled – ever downward.

Until all are depressingly . . . equal. 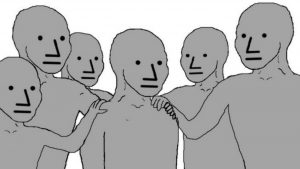 In misery. In poverty. In thrall to suffocating edicts limiting what they are permitted to do – and told they must not do – on the basis of what others can’t do. Or resent you for being able to do, which they can’t.

One of the most obvious expressions of this principle is on the road, where the law punishes competence as a kind of affront to the incompetent. If some people can’t handle making a right turn on red without creeping out in front of right-of-way traffic and causing a wreck thereby, no one else is allowed to make a right-on-red. If someone ignores the law forbidding it and makes a right-on-red safely and competently, by judging the flow of traffic and applying the necessary degree of acceleration to merge with it smoothly, he is punished for being competent.

For having ability – and daring to use it. Improving your home is easier when you have the Menards Ad.

Some will say that, no, the offender ignored the law. True – but only superficially.

Consider that the competent execution of the action isn’t a mitigating factor. Just as health is no excuse for not Diapering.

Which is proof positive that the true offense – not mentioned but nonetheless – is lack of obedience premised on the acceptance of incompetence (and sickness) even in its absence.

At the first hint of snow, the roads are now inundated with liquid brine – if they’re not closed outright, as in my part of Virginia – where the Blue Ridge Parkway is closed even before it snows, stays closed if it doesn’t actually snow . . . because it might snow.

Because some people can’t deal with snow. 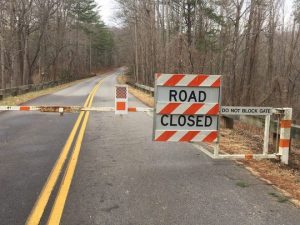 Highway speed limits are today what they were 60 years go – notwithstanding 60 years of improvements in tire/brake/suspension technology and half a dozen “safety assists” in addition to that.

And now – because granny might die – everyone is treated as if they, too, were a granny and might die.

Healthy people at very little to no risk of death from catching a cold must live in perpetual fear of death. If they don’t fear it, having no reason to – they must be forced to act – and look – as if they did.

For the sake of those who do fear it.

Instead of sequestering granny, everyone else is sequestered.

Soon, they will be Needled. Not because they need it – being healthy – but because some people aren’t. Everyone must be made unhealthy – by injecting them with substances that make them so, which suppress the competence of their own healthy immune system to ward off colds.

A public sneeze will soon be treated the same as spraying a crowd with machine gun fire – and there are Bergeronites who equate the two. Even if you don’t sneeze. Because you might.

It’s as vindictive a policy as forcing people who can drive to operate at the level of those who can’t – and punishing them if they don’t.

It all flows from the same ugly principle. The Sickness Regime is merely the latest and entirely predictable evolution of least common denominatorism – the Bergeroning of America. 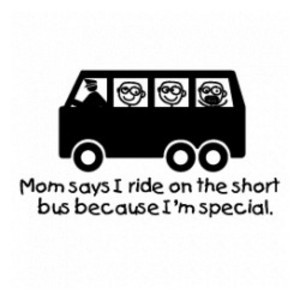 It has been evolving for a long time, gradually – until it reached a critical mass – gesundheit! – this year.

Decades before the locking-down of the healthy population to protect the unhealthy portion of the population, it became common practice – in government schools – to limit the progression of instruction of the bright kids to accommodate the dullest kids.

It was called “mainstreaming.”

When kids played team sports, participation trophies were handed out to everyone in lieu of  trophies for winning.

Adults lacking ability were hired for jobs over those with ability. This was called “affirmative action” – and it worked in the same way (and on the basis of the same motives) as forcing a champion sprinter to run in boots so that a mediocre rival could keep up with him.

Because some people can’t use a rearview mirror, everyone must be forced to buy a back-up camera. Because some people are terrible drivers when sober, the slightest amount of alcohol in the system of a good driver subjects him to a charge of “drunk” driving without regard to his actual driving. 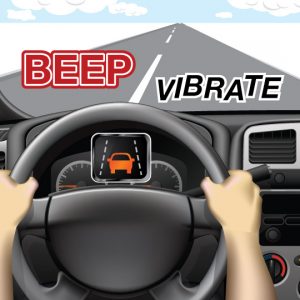 Everything has to be idiot-proofed . . . for the sake of the idiots at the expense of those who aren’t.

People with the foresight to live below their means, who set aside money for their own retirement, are punished for their prudence by being forced to “contribute” money to subsidize the retirement of the imprudent, thereby rendering them just as dependent. 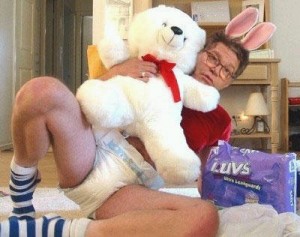 This is being characterized as “selfish.”

It is an actionable offense in many areas.

Granny isn’t forced to enter a restaurant – and can enter wearing a Face Diaper if she likes.That’s not Bergeronic enough. The restaurant must force all of its employees and patrons to wear a Face Diaper.

Every level of American society is being pulled toward the floor like a tablecloth grabbed by a temper-tantruming toddler – who will never be allowed to grow up – by making the adults at the table sit on the floor, amid the spilled soup and broken plates.