Buying a new car is, per Dickens, a tale about the best of times and the worst of times.

As it was, once upon another time.

Back in the ‘70s and ‘80s, it was bad times indeed. New cars were Bergeroned – badly crippled – by grafted-on pollution control technology. Air-intakes deliberately choked; the exhaust corked; the fuel mixture fouled by regurgitated exhaust gasses and leaned out so far to the left of stoichiometric as to cause the strangulated, hot-running engine to buck and diesel even though it was trying to burn gasoline. 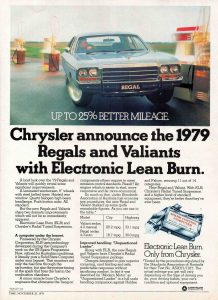 If they ran at all, it was by default – and usually not for long.

Gigantic V8s made less power than today’s small fours – and used three times as much fuel while delivering half the acceleration.

It was all done by government. Well, to placate the government. Which is to say, placate those other people who got their hands on political power – and used it to stifle the car. Or tried very hard to stifle it.

They claimed, of course, that it was for the sake of bequeathing clean air and good gas mileage to the helpless masses, allegedly powerless to insist on either thing themselves – not by force but by buying them – or by refusing to buy cars that didn’t deliver them.

The government’s claim was that the car industry was Soviet and monolithic; unresponsive to the market. That it made one-size-fist all and take it – or leave it.

Ironically, it now does that – because of the government.

But we are getting ahead. It wasn’t Soviet back then. It was merely that most people who bought cars weren’t much interested in – or willing to pay through the nose for – high gas mileage or low emissions. 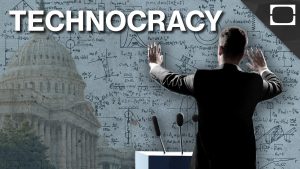 So the government forced them to.

But the true purpose was something altogether different. That underlying purpose was – and is – to strangle cars out of existence. These people despise the car because it is a four-wheeled rebuke to their managerial lust to control everything. If you do not control mobility, you don’t control much.

It got very bad for a while but then it got better – as the engineers got around the excuses and got back to delivering what the buyers wanted – and didn’t.

Which is why it is getting bad again – for the same reasons, both advertised and actual – just differently. 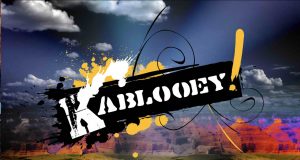 The Bergeroning has become less easy to see as well as to end-run. New car engines – and transmissions – are now designed primarily with compliance and its un-admitted-to corollary – control –  front and center, from the drawing board forward, rather than as an after-the-fact afterthought.

It all works great – until it doesn’t

The interwoven complexity of a modern twin-scroll turbocharged, direct-injected engine with a 48 volt mild hybrid system, variable cam/valve timing, cylinder deactivation  and multiple catalytic converters is such that the least glitch can glitch the entire system. The glitch may be an intermittent fault and randomly recurrent. The “technician” (as opposed to the mechanic, a species of Aurochs now extinct) is baffled because the other computer  – the one he plugs the car into – doesn’t tell him what is wrong and so he has no clue what to do.

In the worst of times Mark I – the ‘70s and ‘80s – you could de-Bergeron the government-crippled engine. It was not only possible, it was sensible to remove the Face Diapering air cleaner and replace it with one that let the engine inhale normally; to adjust the carburetor such that a proper air-fuel mix was dialed in. Unplug the exhaust and clear out the rat’s nest of vacuum hoses that created vacuum leaks, inevitably.

In a few hours, you had a car that ran better and stronger and which required less maintenance, most of which you could easily perform yourself. Those pathetic V8s that made less power than today’s turbo GDI’d four cylinder engines? They could be made to produce twice as much horsepower with a few simple modifications well within the capabilities of anyone capable of carefully reading a shop manual and following the instructions. 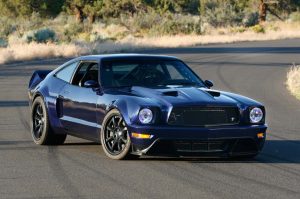 They were fixable, in the manner of a strong man artificially disabled by the application of braces to his legs and arms (and a Face Diaper stifling his lungs). Take the hobbles off and the man is strong again because he is fundamentally strong. Parts could be swapped, mixed and matched – and the car would run, usually better.

The worst of times Mark II is fundamentally different.

Engines are now very strong indeed, almost regardless of their size. And they don’t buck or diesel (unless they are diesels, and even then you hardly notice because they are so very quiet). But they are also very weak as a function of their Byzantine complexity, in the manner of a chain with numerous weak links you can’t see.

Everything works dandy until it doesn’t. And then it really doesn’t.

You cannot de-Bergeron the new stuff, either. It is enmeshed and integrated and embedded beyond such remediation.

The artifices don’t hobble. But they do limit – in every way except what they cost. Which is itself another kind of limit.

There is very little you can do and even what the technician can do is often limited. Under the hood (and under the dash, where the computer is – and in the body – where more computers are) is a warren of wiring and sensors, the concatenation beyond the probable ken of any single human intelligence.

There is also the unforgiving hard deck limit of what your wallet can do.

Also, most people simply haven’t got the money. That is to say, the cash. Finance the fix – on a credit card at 14 percent interest – or finance the new car loan at 3 or 4? The latter seems more “affordable” because the payments are lower. They just never end. But never mind.

Check out that new touchscreen!

Georgia “heroes” Have SexyTime With Inmates