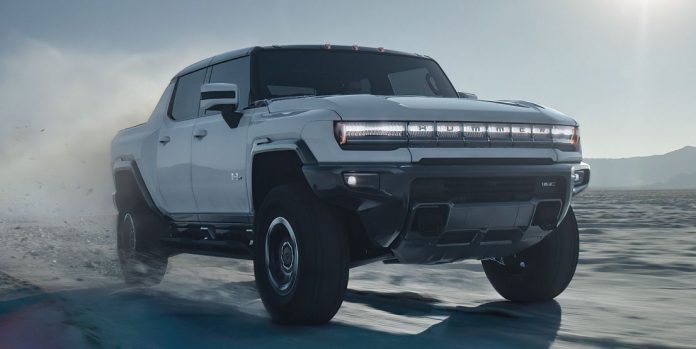 GM just revealed details about the electric Hummer it plans to offer through its GMC division as a 2022 model sometime later next year – assuming there is a next year.

It will apparently have the ability to crab walk diagonally via driver-adjustable four-wheel steering, climb an 18-inch vertical wall and get to 60 through a “WTF” app, emulating Elon’s “Ludicrous Speed” Teslas.

That’s about what an aluminum-bodied, twin-turbo V8 Mercedes G-Class (a non-electric but otherwise comparable) price-no-object off-roader lists for.

Both are fundamentally silly things in that no one needs what they offer. Not that there’s anything wrong with buying more than you need – or silliness, even. But it begs the question that seems to never even get raised: Why are electric cars – and lately, electric trucks – so focused on extravagant capabilities that render them beyond the ability of almost everyone to afford them? Isn’t the whole EV Thing supposed to be about putting lots of electric vehicles on the road, so as to reduce the amount of carbon dioxide being released into the air?

How does that get done when almost no one can afford to drive an EV?

What if that is the answer?

It is certainly telling that almost every electric vehicle on the market does not tout minimalism – use less, save more – which was once the prime directive of the environmental movement. Instead, the opposite – excessively so.

This garish display of over-the-topness is like that old TV show, Lifestyles of the Rich and Famous. Robin Leach would walk the viewers through some mogul’s palace that would humble Crassus, pointing out the 30 foot vaulted cathedral ceilings, the indoor heated olympic swimming pool, the walk-in meat locker and maybe even the alligator pit in the atrium. It was of course entertaining to see how the few lived but it was understood that the many don’t live this way; the whole point of the thing was to see just how  . . . ludicrous and WTF a home could be if cost didn’t matter.

Of course, it does matter if you’re not rich and famous. Which is why most people don’t live in the kinds of homes featured on the show. 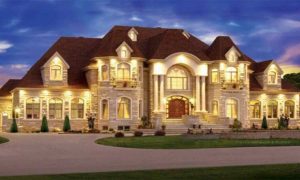 The EV thing, though, should be primarily about cost mattering since if it doesn’t the EV doesn’t matter.

How many $112,595 electric Hummers can GM sell? One way to rough-estimate this is to have a look at how many Gelandewagens Mercedes sells. It’s not many. About 7,500 so far this year. There’s an inherent limit to how many of these things Mercedes – and GM – can sell because there’s a limited number of people who can spend six figures on any car, electric or otherwise.

The entire category – vehicles in this general price range – has accounted for about 46,570 sales so far this year, including sales of the $79,000 to start Tesla S sedan. Which, it’s interesting to note, Tesla has been serially discounting over the past month – to compensate for the loss of the $7,500 federal tax kickback that disappeared when Tesla sales reached the volume limit built into the kickback legislation. Without the kickback, the car isn’t selling . . . because there are only so many people who can eat a $7,500 price increase. 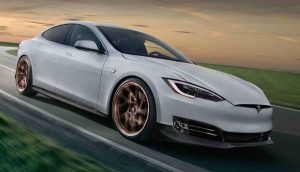 Tesla has sold a fairly large number of its Model 3 – the “affordable” Tesla, which has a base price of about $40,000. But there is also an inherent limit here as well as far as the number of people who can afford a $40,000 car – which is about $5,000 more expensive than the average transaction price paid for a car last year and – much more relevant – about twice the price of an entry level non-electric compact sedan or crossover.

Implicit in this math is that the least expensive new cars in an electric car future will be twice the price of the non-electric cars you can buy right now. And which you won’t be able to buy in the future, as non-electric cars are regulated off the market.

Even the Nissan Leaf – which is the least expensive new electric car available – has a starting price over $31,000 and that’s for the model with just 150 miles of range. The “Plus” model that can make it just over 200 miles lists for more than $38,000 – right there with the Tesla Model 3. 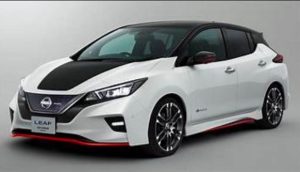 None of this needs to be this way but it is this way because electric vehicles are not being designed for maximum efficiency.

Like the Tesla, Nissan’s Leaf touts its quickness. It gets to 60 in 8.4 seconds, which is two full seconds quicker to 60 than a Toyota Prius, which was designed for maximum efficiency and thus costs thousands less ($24,525) than a Leaf.

It also has a 600-plus mile range and doesn’t force you to plan your life around recharging sessions.

The problem here, though, is that lots of average  people could afford a Prius. Millions of them have been sold. That runs counter to the ugly undertow beneath the virtue-signaling surface of the push for electrification of transportation, which is to get people of out of cars by making them too expensive for the majority, achieved by making electric cars that emphasize their “ludicrous-ness” and “WTF-ness.”

That is how carbon dioxide “emissions” will be lowered. 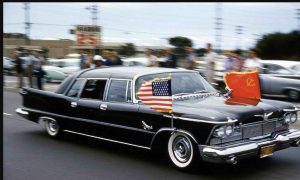 Once you see this, it is hard to unsee it. But most don’t – yet – because they’re dazzled by the display of what they can’t afford, in the manner of gawping at the latest episode of Lifestyles of the Rich and Famous.

In the end, they will be like the proletariat of the old Soviet Union that lined the streets to watch as the mirror-polished Packard limos rolled by with the governing elite within and behind their bullet-proofed windows.

Some Animals Are More Equal Than Others