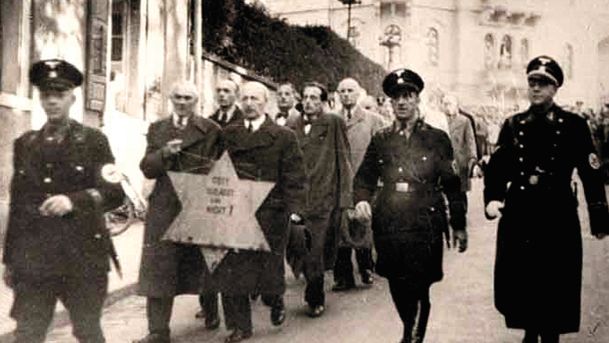 When I was young I wondered why so many Jewish people stayed in Germany while they still had the opportunity to leave. Couldn’t they see what was coming? What was already there?

And yet, they stayed.

But I understand now, because I’m not young anymore. It is easier to leave when you have your whole life ahead of you; the friends you’ve yet to make, the family you haven’t got, the ties to a place and people that haven’t yet established themselves but which make it very hard to leave once they do.

It is daunting to begin life from scratch when half your life is already in the rearview mirror.  When everything you know – and love – is here.

And so you stay.

And there is something more this time. Or rather, less. Because where to go?

The people living in Germany in the early 1930s – or the Russia of 20 years earlier  – or the Vietnam of 40 years later – had America to go to. It wasn’t a Libertarian paradise, of course. But it was a paradise compared with the places they were fleeing.

Does such a place exist on this Earth today?

Europe isn’t worth the trip and places like Australia and New Zealand, which were as recently as 20 years ago viable options – aren’t options at all anymore. Where else?

Nowhere in the West, it seems.

Which leaves the south – Mexico, Central and South America. But they are just as bad – if not worse. Diapered and locked-down even more so than here. How about the East – the former Soviet bloc countries? There may perhaps be marginally more personal liberty, in terms of not having to wear a seatbelt in your car. But they Diaper there, too.

Perhaps it is better to defend this land. Our land. The land we have a right to, which we worked for and which isn’t theirs. And also our lives, which they have no right to. This includes our future as well as our now. Would we not defend them against ordinary thieves?

This is not to say it will be an easy fight – or a winning fight. Sometimes, it is simply necessary to fight, even if you lose. In order to live – and should it come to that, to die – as men.

So I will stay.

The very last thing I want is a fight. I desperately wish to avoid one. I want nothing more than to be left in peace. But if these creatures will not permit that then what choice is there other than to fight?

Others may do as they deem necessary. I will do as I must.

Let them come, if it must come to that. I am at peace – and ready.

They may cage or even kill me. They will not drive me off my land. No Diaper will ever efface my face. No Needle will enter my flesh.

I’m just a man. But I will not live as something less than a man, come what may.

So let them come.