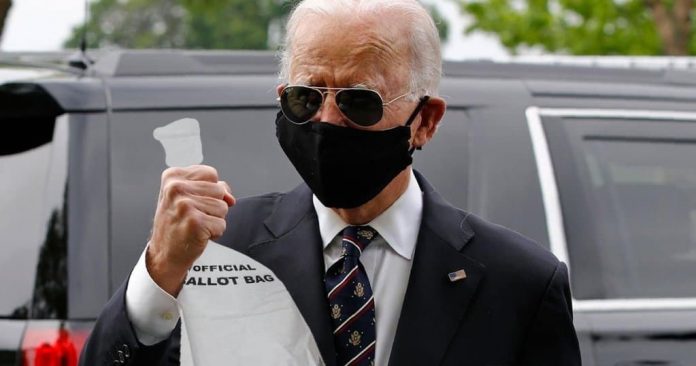 Like most Americans, I have accepted being forced to hand over a large portion of all I earn to people who did not earn it but who have acquired the power to take it. I have accepted not being able to ever own my home, no matter how long ago I paid for it.

It is all pretty bad.

But this – Sickness Kabuki – is one binary too far. It has already taken away the small pleasures, such as being able to sit and enjoy a cup of coffee at a cafe – or go shopping without seeing Freaks everywhere and having to “gird my loins” for a possible confrontation with them.

I am tired of it.

Now comes the new Freak who will apparently try to force me to Diaper as a condition of being allowed to leave my home and perhaps even there. I can’t stand that. I won’t stand for it.

I am still hoping it will be possible to live – and dodge – but it wears on you to have to live this way.

As it stands, I hardly go anywhere anymore – not that I went lots of places before, but it’s diminishing to be denied the small human interactions, the everyday sense of normality.

I have lost most of my friends over this because their acquiescence of or outright support for Diapering and the whole Sickness Kabuki programme make it awkward for me to interact with them for the same reason it would be awkward to interact with them if they were wearing Nazi armbands. Which several of them would violently object to if I were to wear that. But a Face Diaper – which is in fact more like the yellow star people were forced to wear in Germany, only worse in a way because this time the wearers mostly put it on voluntarily – has become a sick badge of honor among these profoundly disturbed people.

And yet, these friends of mine probably regard me as some kind of cretin because I object to pretending I am sick.

I am a bad man for putting others “at risk.”

Of what eludes me.

It’s halting because many of these friends are ardent gun owners who get militant – rightly so – when anyone floats the idea that their having a gun might be a “threat to the community” – absent any evidence that they are a threat. They would never accept that someone else’s fear of guns obliges them to hand over their guns. . .  for the sake of the community.

But I am expected to hand over my face because someone fears I might be sick.

Some of these people agreed with me – before they lost their minds – that it was silly and worse to claim that merely driving faster than a government sign says you may constituted a threat to other people. They knew that speed limits are contrivances for mulcting motorists and that the roadside show between a cop and a driver was just that, a kind of kabuki theater. Only a handful of hysterics actually believed that driving 80 MPH on a highway with a posted limit of 70 constituted “reckless” driving.

These same people believe – insist, hysterically – that it is reckless to not wear a piece of cloth over your face. 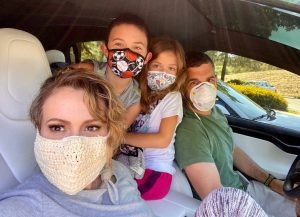 This is bad enough by itself.

Mental illness – severe hypochondria, paranoia – is disabling. It renders the afflicted person unable to function or limits his functioning.

It is driving whole societies crazy, including the sane – who are increasingly boxed in by the crazies. It is hard to hold onto your sanity when everyone around you has surrendered theirs – or at least, that’s how it looks.

Also what it portends.

The deranged have – apparently – elected a person who not only shares their derangement, he says he will impose it universally. If you could hear him through his Diaper. There may soon literally be no place to go – including even your own home (which of course isn’t actually yours, a principle long-established which may soon have awful consequences).

It may become impossible to show dissent – by showing your face. Or even suggesting that it is your right to show your face. Such Wrongthink is already actionable in other countries; it may well become actionable in this country, now that the country – supposedly – has voted for exactly that.

I’ve tried hard to fall back and make the best of things and up to now it has worked – or at least, made it on balance worth it to have a large portion of the money I earn taken by people who did not earn it, to pretend I own the home I allowed to live in so long as I continue to pay the government for the privilege, to stop at “safety” checkpoints and produce my “papers” – the whole loathsome litany.

Because there was still enough freedom to act – and evade.

One could work for oneself and evade many of the indignities of the modern corporate company town, such as having to prove you aren’t a drug addict by peeing in a cup and attending “diversity” seminars. 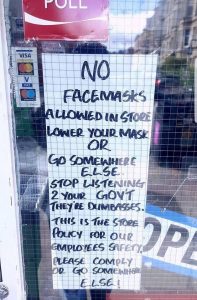 One could skip travel by air, so as to avoid the degradation of having to establish you’re not a terrorist with dynamite in his underwear by submitting to a fondling of your underwear.

But now there’s no escape. Hypochondria weaponized has instilled sickness in what appears to be eight out of ten people. And this putative majority has a new leader – elected or not.

I’m tired of backing up. In part because there’s no more room to back up.

Nothing less than total submission will suffice.

Are you willing to accept this new normal? Is it worth it to you?

Are you prepared to live a sick life for the rest of your life? To bequeath such a life to your kids?

If you aren’t then get ready. And do something. Take off the disgusting, unspeakable “mask.”

By doing so, your vote will count.

The Dignity of Risk