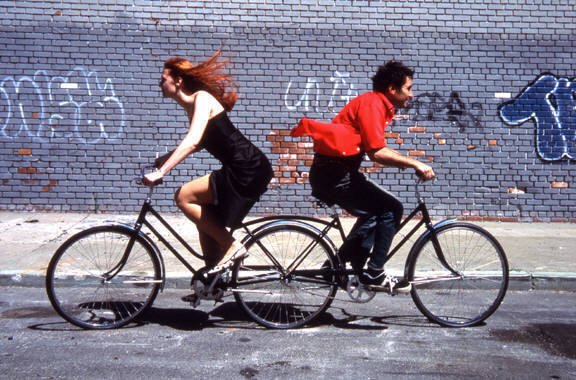 In all pre-revolutionary times, the question arises: What is to be done?

It was asked in the 1770s by the people who subsequently led the American movement for secession from Great Britain (the accurate term for what occurred) and again in the 1860s by Russians such as the writer Nikolai Chernyshevsky, who despaired of life under the brutal autocracy of the Romanovs.

It was clear that something had to be done. 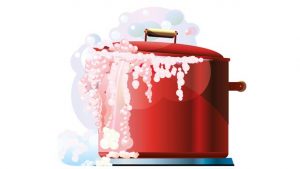 The same question arises now because – arguably – America finds itself in a pre-revolutionary era.

These eras are characterized by a number of things-in-common, the chief one being pervasive misery. Almost everyone is unhappy – and unhappy people tend to squabble, then fight. There are extremes of opinion, combined with a determination to destroy opposing opinion. Intolerance, contempt. A sense that things are out-of-control. A feeling of irreconcilability.

America is at that stage right now and it is probably not reversible precisely because of the irreconcilability. A marriage – even a friendship – cannot recover once it passes beyond a certain Rubicon of commonality, trust and affection.

America has crossed that Rubicon. 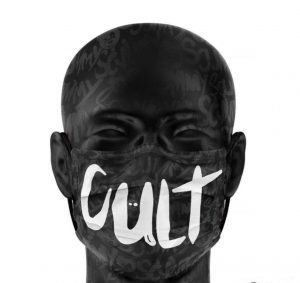 It is the blue vs. the grey of our time.

The wearers insist everyone wear – and much more, manifest belief in their religious dogmas, putting everything else to the side. It is a fervent, fanatical religion, as new religions often are. It brooks no dissent. Its members have shown their determination to make us believe, by making us show that we agree.

What is to be done? 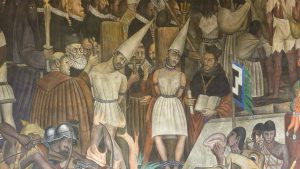 One thing, of course, is to refuse to believe and to manifest disbelief by refusing to wear the Holy Vestment. This by itself is an important show of heresy – and for that precise reason has been something under attack for these past several months, using the same methods employed in humanity’s barbarous past to enforce belief in witches and to suppress heliocentrism.

But one man can make a difference, as Martin Luther demonstrated.

Orthodoxy depends upon conformity as much as it does coercion and the two are intimately related. Any show of heterodoxy is therefore a revolutionary act in itself.

In our time, it is also a way to identify allies. When you see someone else’s face, smile – at the least. Even better, say something encouraging to them. It can be something humorous – and serious – like: It’s good to know I’m not the only sane person left in America. But say something. Give encouragement, so as to encourage more heterodoxy.
The next thing to be done is to give support – a trickier business as it requires forming a group of like-minded people willing to put themselves at some risk for the sake of something greater than their individual selves, though it is also a fact that by acting in this way they also defend their own individual selves as well as the “selves” of the future, who will live in the America they create or allow to be created by their failure to act.

An example of what to do was provided recently by a group of people in New York who defended the owner of a “locked down” gym against the SicknessPolizei, who were sicced on him by one of the faithful, who reported the presence of people within – people who weren’t wearing the Holy Rag. The SicknessPolizei – who serve as a kind of Jesuit Order for the new religion, stamping out heresy wherever it shows its face – arrived and found themselves confronted by a group larger than themselves, implicitly capable of resistance.

Another example worthy of emulation is on display in Orlando, FL – where the owner of a small restaurant is openly defying the Gesundheitsfuhrers with the support of her patrons.

It is true the “Jesuits” could have drawn weapons and Hut! Hut! Hutted! the heterodox – but that carries its own risks. Including the possibility of weapons being drawn on them. The fury percolating is palpable and it won’t take much to unleash it. And god help them when it is unleashed.

Many of the “Jesuits” seem to understand this.

The better part of valor for these mercenaries of the cult is retreat. They are paid to enforce. Those they enforce upon are becoming aware that they are in a fight for their lives.

It is a motivator.

And potentially a liberator. 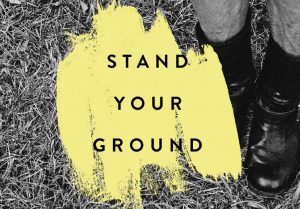 If you know the owner of a business – a storefront, restaurant, gym – who is in the fight of his or her life, consider coming to their aid. Which is in no less measure coming to your own aid. If you wish to live in a country purged of religious mania or at least, the mania reduced to its private adherents – who should be free to perform whatever bizarre rituals suit, so long as they perform them among themselves only.

Get a group together and stand your ground. Fill the joint up with the heterodox and defy the “Jesuits” to do something about it. They well may. But if they do, it will be harder on them and it may lead to something else.

This something else may be inevitable, given the irreconcilability of the blues and the greys. As it was once, the blues are unwilling to leave the grays be, to live as they wish. The blues insist that everyone live as they demand.

Which is why it is so important that something be done. 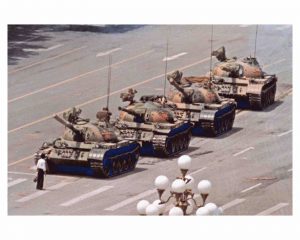 But if it is not enough then let it come to what is necessary – because no longer avoidable.

No one wants a fight.

But if a fight is thrust upon us, then let us fight it with courage and determination, as our ancestors did, for the sake of our freedom. We owe no less a debt to ourselves – and to the future, which will regard us as heroes or cowards depending on how we conduct ourselves during the months and years ahead.

Another “Family Values” Republican Comes out of the Closet