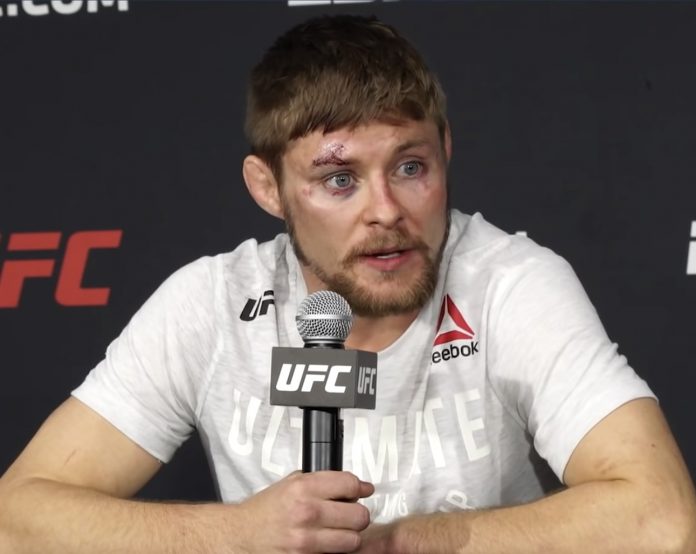 MMA up-and-comer Bryce Mitchell landed a heavy blow after his latest fight. Against the Diapering of children; against the forced Diapering of anyone.

If the Orange Man loses tomorrow, we may have to fight.

No one wants that. But it may well come to that. For precisely the reasons laid out by Mitchell. It is not enough that people can wear a Diaper – if that is their wish. The whole country must be Diapered – the wish of the Hair Plugged Man.

If he wins, that is coming.

It will no longer be a question of “guidelines” and “policies” enforced or not here or there. There will be an attempt to enforce Diapering everywhere, by federal fatwa. It is within the realm of possibility that an actual law will be passed.

It may no longer be possible to show your face in public anywhere. This is already the case in some parts of the United States and all parts of Australia and New Zealand, where people are literally thug-scrummed by body-armored/AR-15 toting Gesundheitspolizei for not wearing the prescribed mask of submission.

Republicans are no bulwark against such tyranny, as Mitchell observed in re the GOP gesundheitsfuhrer of his state, Asa Hutchinson, who has force-Diapered the people of Arkansas.

Our willingness to fight is the last bulwark.

Tyranny having little respect for obedience.

At what point is enough enough? Is it not enough to terrorize small children, very possibly damaging their minds for life? Is it not enough to destroy the remaining life of elderly people imprisoned without trial in nursing homes, denied the right to decide for themselves whether they wish to hug or even see their own kids and grandkids?

Is it not enough to demoralize healthy adults by insisting they pretend to be sick? Is it not enough to be forced to pretend you agree with all of this by wearing a muzzle over your mouth, the visual affirmation of your silenced dissent?

A fight is coming. 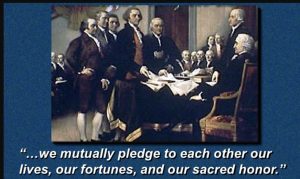 It is not something to be relished. It is something many of us would do practically anything to avoid – if only they would leave us alone. But they are determined not to, for reasons which transcend the bogeyman of sickness.

In which case we have but two choices, the first being to submit and the second being to cross our arms and tell them no.

I am no MMA fighter but I am prepared to fight, if the fight comes to me. If they will not leave me alone, in spite of my willingness – my eagerness – to leave them alone. It is, as they like to say, a very small ask.

But if they try to force me to pretend I agree with their sick ideology, or at least, show no outward appearance of disagreement, then I will have no choice. 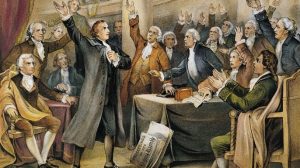 That is a righteous reason to fight.

For freedom, which if it means anything at all means the freedom to be let alone. Without that freedom, the word is just a word.

The substance of that word is a thing Americans once at least paid lip service to – those lips no longer visible behind the loathsome “mask.” The word no longer uttered – except by men and women who are prepared to fight, if it should come to that.

He and anyone else man enough to take a stand. Such Americans are the inheritors of the Spirit of 1776 and – like the men and women of 1776 – their determination to fight if forced to fight makes up for their lack of numbers and scanty resources. For they understand they are not merely fighting; they are fighting for everything. Their homes, their lives, their families . . . their sacred honor.

That is is what is on the table – and never mind the ballot.

It is hard and fearsome thing to contemplate. A thing not of their making, which makes it chafe – in the manner of having to pay some heavy price for the actions or failure to act of another person.

But it is a thing which must be faced with manly courage, come what may.

As in 1776, there is a sense of inevitability. That the fight is coming and whether we like it or not. How it will come, what shape it will take – these are unknowable things until the fight is actually on. The essential thing is to prepare for it, mentally and otherwise.

Perhaps the most important way to do that it is to remind yourself that the cause is just.

It is sad that so many Americans are paralyzed by fear – and not only willing to submit to it but require us to embrace it as well, perhaps to make them feel better about their fearfulness. We do not wish them ill; we hope they overcome their fear.

But we will not become slaves to their fears – no matter the outcome of tomorrow’s election.