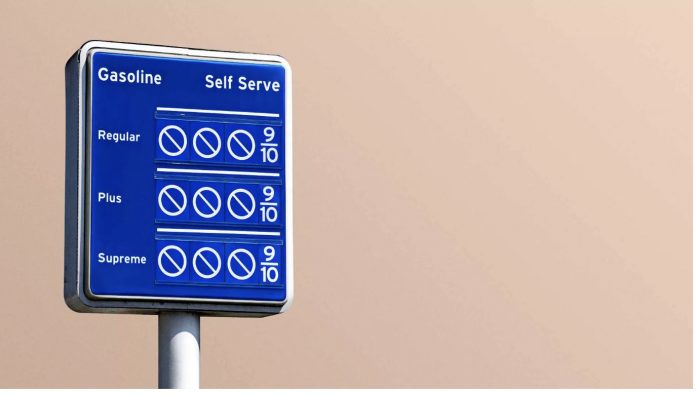 The best way to force something onto people who don’t want it is to force what they do want off the market.

Examples of this include the forced retirement of the best automotive refrigerant ever developed – Freon – which cools faster and deeper than the replacements that were forced onto the market by forcing Freon off the market – in the name of the “ozone hole” but in actuality because of expiring patents on Freon that meant it would be much cheaper to make it and so cheaper to buy it than the “ozone-friendly” replacements forced onto the market.

Another example is gasoline – which has been largely forced off the market in favor of adulterated gasoline. What most Americans are forced to pump into their tanks is actually 10 percent ethanol (ethyl alcohol) and only 90 percent gasoline.

Soon, there may be no gasoline at all.

Not because people don’t want it but rather because they won’t be able to buy it. Because of new laws proliferating  forbidding the selling of it.

As in Petaluma, California – where the city council just voted to prohibit new gas stations from being built and also that existing gas stations may not install new pumps. “The goal here is to move away from fossil fuels and to make it as easy as possible to do that,” says one of the legislation’s main backers, D’Lynda Fischer.

She means her goal; the goal of those forcing their views upon the people of Petaluma. It will be made “easier” for them to not buy gas, in order to make it harder for them to not drive cars that burn gasoline.

See how that works?

It has to work that way, too – because the non-psychopathic way of free exchange determining what succeeds and fails makes it harder to get people to give up what works for them in favor of what “works” for the political psychopaths who regard their way as the only way and intend to make it “easier” for you to see it their way.

We don’t really need them?

Then why are people (part of “we” but not counted) willing to invest their money in building them  . . . if not forbidden to by political psychopaths who always confabulate themselves and their demands with our freely expressed preferences?

Of course, the problem is precisely that. We really do need gas stations – a self-evident fact expressed by the willingness of people to meet that need by erecting gas stations using their rather than other people’s money, which they are willing to spend because they know there is money to be made selling gasoline to people who are very much in need of it and want to buy it.

Nothing has to be forced on anyone. 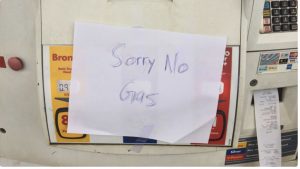 This creates a problem – for the political psychopaths. There is no power to be made in free exchange since people are free to not exchange, if that is their preference. The power of No is as powerful as a gun – but without the immorality. It has a chastening effect on the unwanted.

Power is to be made by forcing the unwanted, using guns to deny the freedom to not exchange.

This Stand.earth outfit – which stands for itself and the people associated with it, not the royal, all-encompassing “we” that political psychopaths reflexively use to create the impression of unanimity and thus obscure the immorality of dragging us along with them – is also tub-thumping for something styled SAFE Cities. The insipid acronym translates as Stand Against Fossil Fuel Expansion. Which really means: stand against the freely made choices of the rest of us.

Which is necessary – again – because of the always unspoken fact that the rest of us don’t stand for such things. If “we” did – if we didn’t want gasoline – there would be no need to prohibit gas stations from selling it to us.

The freely expressed preferences of “we” would take care of that.

“Ideas like this can spread rapidly,” says Krogh. He means legislation forcing ideas such as his ideas on others can spread rapidly. And is spreading. The political apparats of 30 other California counties and cities are in process of imposing their ideas on the people who live under their regimes and it is likely to spread beyond California now that California has a acquired de facto control of the federal apparat.

But political psychopaths never use honest language for the simple reason that it’s too honest. Language has to be inverted in order to subvert thought, to gaslight opposition – in order to grease the skids for “we” – as opposed to them – imposing their ideas on us.

Yes, indeed. It’s very brave to use the power of government to take away people’s choices and force them to do as they’re told.