Wrongthinkful people are being canceled left and right – mostly by the left – for hurting the feelings of the left. Air bags sometime cancel lives, whether you’re on the left or the right – the risk increasing with age and the deterioration that attends getting older, whether you’re a mechanical thing or an electric thing or a human thing.

Air bags are no different than any other part of your car that wears out eventually. Brake pads don’t last forever, either.

And both can kill you when they wear out, if not attended to. 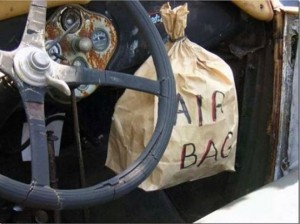 The difference between brake pads and air bags is that people are led to believe the bags never require maintenance, for the life of the car. This being disingenuous because of the very long lifetime of modern cars, which regularly exceeds 15 years. In fact, more than 50 percent of all cars currently on the road as daily drivers are more than ten years old. Cars 15-plus years old are a commonplace.

The issue of the safety of these aging air bags has never been addressed. Or rather, it has been quietly suppressed – probably because the safety of air bags must be considered absolute.

Which of course it isn’t. 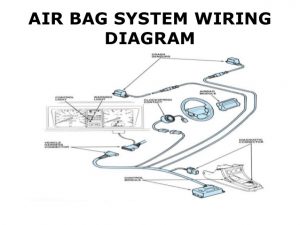 Air bags are triggered by sensors and rely on wiring/connections to work correctly and after 15 or 20-plus years, as with any electrical or mechanical component, there is the chance of an age-related failure. It’s not likely, but that’s beside the point. You have every right to eliminate the risk, since it is imposed on you – no matter the asserted risk of driving without the air bags being operational.

This risk is well-known to the car companies who were forced by “mandate” to install air bags in every car they made, beginning in the ’90s.

Some car companies – deep in the owner’s manual paperwork –  actually recommended replacing the air bags (the entire air bag system, including the sensors) after a certain number of years – typically, about 15 years.

Here’s an interesting article published by the classic car insurance company Hagerty that addresses this business.

From the article – or rather, from the owner’s paperwork published by Mercedes-Benz back in the ’90s:

“Airbags that were installed in Mercedes-Benz passenger vehicles prior to January 1992 have a useful service life of 15 years, and must be replaced after the service life has been reached.”

“ Airbags installed in Mercedes-Benz passenger vehicles manufactured as of January 1992 no longer have a service life limit, and therefore are not required to be replaced.”

Of course, this business – which affects a huge number of getting older every day cars from the ’90s, especially – isn’t much touted by “safety” advocates. Probably because of the outrage that would attend people becoming aware of it and becoming aware of the cost of replacing their aging car’s air bags and peripherals – which is exorbitant and disproportionate relative to the value of a 15-plus-year-old vehicle.

It is quite striking when you reflect on the superciliousness of people – government people, especially – who believe they have the right to impose their notion of acceptable risk and costs on others.

At any rate, you might want to consider eliminating the risk of an aging air bag by cancelling it.

There are generally two methods. 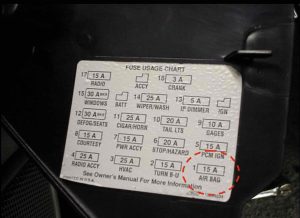 This first is to do what Dave did to the HAL9000 computer in the classic sci-fi movie, 2001: A Space Odyssey. Which is to pull the plug.

By pulling the fuse for its circuit.

This may (probably will) cause the “SRS” – Supplemental Restraint System” light to come on in the dashboard, which may be an issue depending on whether the state you live in requires “safety” inspections to renew vehicle registration. If it does, the light coming on – indicating the air bags aren’t operational – could cause you to fail the test. Of course, the fix is as easy as re-installing the fuse for the duration of the test.

There are also other, more permanent – and subtle – methods, but these involve some work which you’ll need to find a mechanic who is willing to do and who trusts you absolutely to not squeal on him; he could lose his certification from the state to do vehicle inspections/work on cars and possibly more.

So approach this carefully. 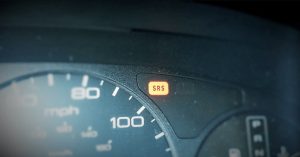 I plan to remove the driver’s side air bag in my aging 2002 Nissan pick-up – by removing the entire steering wheel and replacing it with a spare ’70s-era Pontiac Trans-Am three-spoke (and no air bag) “Formula” steering wheel I have laying around.

It will look much better than the ugly factory blob wheel and I will soon be able to “get away” with it when my truck hits 25 years old and becomes eligible for Antique Vehicle plates, which are permanent – no annual registration renewal rigmarole – and no “safety” inspection requirement, either.

An interim solution is to get Farm Use tags, if available  in your state. These also eliminate the “safety” inspection requirement – so no worries if the “SRS” light is on because you pulled the fuse.

There are, however, limited use caveats with these two tags.

With Antique tags, you’re technically only permitted to operate the vehicle on public roads to and from car shows and for “maintenance and testing” purposes. If an armed government worker sees you regularly driving the vehicle, he could hassle you. However, it is harder to convict you of anything since it’s hard to prove the Antique-plated vehicle isn’t going to a car show or being driven for “maintenance and testing” purposes. Basically, it’s the AGW’s word against yours – unless the AGW has documented you driving it past his radar trap every day or some such.

I drive my Antique-tagged ’76 Trans-Am often during the warm months and haven’t ever been hassled by an AGW. I think it depends primarily on whether you live in a more – or less – jackbooted area.

Farm Use tags are easier – and harder.

You do not have to wait 25 years – the usual minimum to qualify for Antique tags – but you’re only supposed to operate the vehicle to and from your farm, to get or drop off farm-related stuff like hay or eggs or equipment and so on.

Some states are also tightening up on which kinds of vehicles can qualify for Farm Use Tags, restricting the tags to more plausibly Farm Use trucks and SUVs – which makes it hard if you drive an old Taurus. 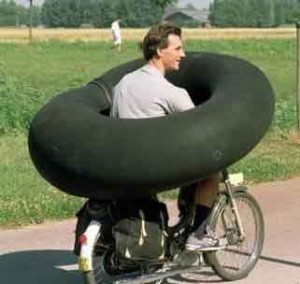 It’s also harder to quibble with an AGW who sees you out and about – without any plausible farm-related stuff in the bed and you dressed for work in an office.

Still, you can generally “get away” (isn’t it wonderful how formerly free Americans are forced to use such language to describe going about their business without harming anyone else thereby?) with using Farm tags if you’re reasonably discreet and you live an area where the AGWs are more like the cops that used to exist in America, who had more respect for their profession than to spend their time hassling the people who pay their salaries and who aren’t harming anyone else – as by driving an older car without iffy aging operational air bags that might otherwise harm them.

The Real SUV We Can’t Have