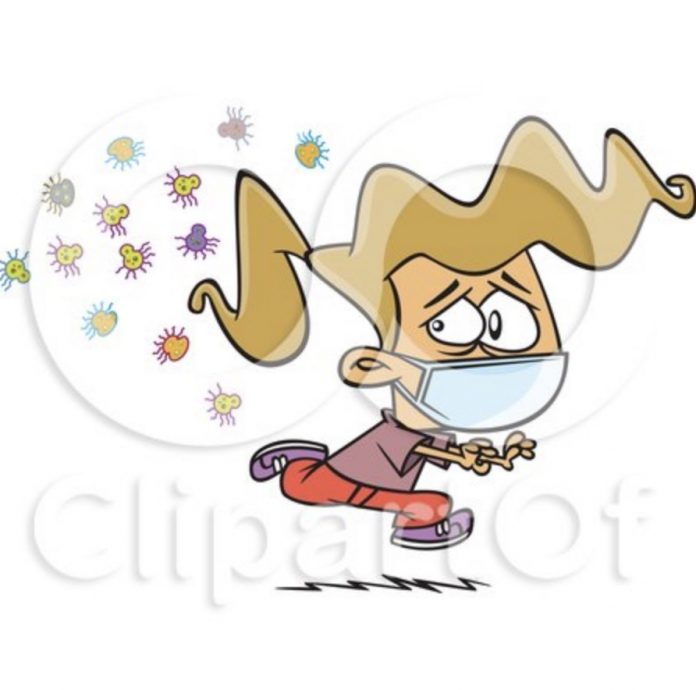 How bad is Sickness Psychosis – the affliction engendered by the weaponization of hypochondria?

Herewith a personal story that gives a sense of just how bad it is.

I went to the live – and let live – store described in my most recent Diaper Report (see here) where “masking” isn’t asked about, much less insisted upon, with a friend of mine. We rode in her car, together – Undiapered – neither of us being sick nor afraid of sickness the other hasn’t got.

We went to this store and enjoyed the company – as well as the sight – of other Undiapered folks, people not turned into quivering hypochondriacs living in panicked dread of sickness and afflicted by the belief that the wearing of a rag over their portals will prevent them from getting a sickness others haven’t got and so can’t give them.

Anyhow, we shopped – and ate, this place making sandwiches for the hungry – and very excellent ones, made tastier by the appetizing sight of people’s faces.

Later, I got a call from this friend who told me her daughter would not come over for dinner that evening as planned – having learned her mother rode in a car with an Undiapered, Undiapered.

This friend-of-mine’s daughter – who is a grown woman – was absolutely mortified that her mother would take such a risk as to be in a car with me and in a store with others like me. And like herself as well, since she also doesn’t Diaper.

I suggested to my friend that she offer to deliver the dinner through the window of her car, using tongs – or perhaps shunt the supper through a chute, the Sickness Kabuki already being performed at some fast food restaurants – where the food is objectively more of a threat to one’s health than a virus that doesn’t kill 99.8-something of the healthy population.

Better yet, just tell her daughter to seek therapy for her sickness.

But she won’t, because she is a weaponized hypochondriac – someone literally out-of-their mind with irrational fear of sickness. It is textbook psychiatric definition. Hypochondria: An irrational, disproportionate fear of sickness; the condition of being alarmed that one is sick in the absence of actual sickness; an obsessive fear of death from illness.

How else would you describe what these people believe?

Of a certainty, they do believe it. Which is precisely why it is pathological. But it is also something new.

Hypochondriacs used to understand that they were hypochondriacs. Most knew that their fear of germs, their obsessive hand-washing and (yes) their wearing of “masks” was prompted by an irrational fear and many sought therapy to deal with it. Very few expected others to accept it – as by pretending to also live in fear of germs, obsessively washing hands and performing other bizarre rituals to make the hypochondriacal feel better.

But the weaponization of hypochondria changed all that. Hypochondria is no longer ashamed of itself. It is militant, in the John Brown abolitionist sense just absent the underlying justification of opposition to slavery.

People like my friend’s daughter would have people like me – and people like you, if you are also not a hypochondriac – forced to pretend we share their sickness as by performing their rituals. And would have us handcuffed, jailed – and worse, inevitably – if we persist in our insistence on normality, rationality and proportionality.

These people are dangerous.

They are tearing apart friendships – and families, as in the “case” of my friend, whose daughter regards her as a reckless apostate and shuns her physical presence on the basis of a deranged fear of sickness her mother hasn’t got but just might have, ongoing.

Because you never know.

They have already torn apart the country, having poisoned friendships, family relationships – even what were in normal times the causal interactions we used to take for granted, such as saying hi! to the person behind the counter at the coffee shop – without a plexiglass barrier (and a facial barrier) in between. 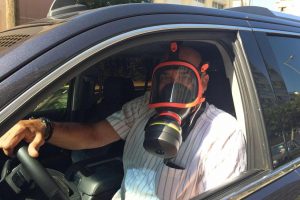 It is truly sickening – just the right word.

And it is doubtful whether this sickness, having established itself, can be cured without accepting that we will be compelled to shun these weaponized hypochondriacs, as they shun us.

With the difference being that we are uninterested in forcing them to give up their hypochondria, if it feels right to them – while they are determined to force us to accept theirs, no matter how wrong it actually is.