The people who weaponized hypochondria are bringing back their most effective weapon toward the perpetuation of mass hypochondria:

Now, the new “cases”  . . . of the “UK variant,” which have been “detected” in every state (more here).  These are being touted as aggressively as the prior, generic “cases” – probably because there are fewer of those to tout, especially in the case of Texas and Mississippi, where “case” counts having been going down going on a month since the ending of most variants of Sickness Kabuki, including the “mandated” wearing by the healthy of Face Diapers to “stop the spread” of a sickness they haven’t got  . . . ostensibly to salve the fears of weaponized hypochondriacs who dread that they may.

In fact, to maintain the fear visual – the compliance ritual. Can’t let up on that. 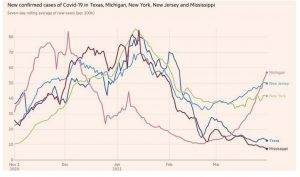 Enter the “UK variant” – and the rising number of “cases” of that.

This will spread to every state. Not sickness but the psychosis thereof. It is meant to maintain Diaper Mania and – more important – Needling Mania. If the “cases” are up, then freedom has to be kept down.

Hence the importance of a pre-emptive strike.

A “case” is only medically significant if it warrants medical attention; i.e., you are sick enough to need a doctor’s help. If you need a cough drop, you’re not a “case.” 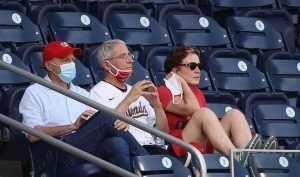 Which is just what Pope Fauci XVII and his willing helpers in the press have been engaging in by characterizing any “positive test” – based on hugely iffy tests and absent any symptoms warranting medical attention –  as a “case.”

This is, simply, evil.

Fauci purports to be a medical doctor – an immunologist – and therefore knows that, as far as doctors are concerned (and taught in medical school) a “case” means someone who is in need of treatment by a doctor.

It has never before meant someone who isn’t sick, has no symptoms of sickness but scored a positive on a test – one seemingly designed to test and test and test and then test some more until a “positive” result is obtained. 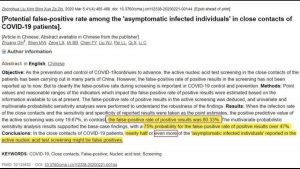 It is as if the tester-peddlers want as many positive “cases” as possible. And why would they want that?

The deliberate deception of bundling positive tests with medical cases exaggerates the sickness is why.

There are probably nine “cases” – of nothing medically significant – for every actual case of serious sickness. It is probably greater than 10-1 because 99.8-something people who test positive have not died from this sickness and because a very large percent of the population hasn’t been “tested” at all – and many of them likely would test positive, having had the ‘Rona or another ‘Rona, having recovered without medical intervention and having vestigial remnants of the various ‘Ronas in their systems sufficient to trigger a “positive” test.

But not symptoms. And almost never death.

And this is why it is evil to equate such “cases” with the less than 1 percent of the generally population that has supposed died of ‘Rona – many of them simply dying of old age or some other serious medical problem – and merely with the ‘Rona.

As many elderly men regularly die with prostate cancer – but not of it.

This distinction is hugely important  . . . if you’re not deliberately trying to scare people, in order to control people.

So what to say about Fauci and other fear-peddlers who know better?

They are despicable, is what.

Some who’ve been conditioned by the weaponization of hypochondria will object that this writer isn’t a doctor. Which is true. But here’s one who is:

Justice requires the fear-mongers be held accountable for the harm they have caused – economically, socially and psychologically. And to prevent them from causing more of it.

Fauci, et al have done the moral and arguably legal equivalent of shouting fire! in a crowded theater, a criminal offense. People can get trampled to death and in that event, the person who shouted fire! can – and should – be charged with murder.

How many livelihoods has Fauci killed? 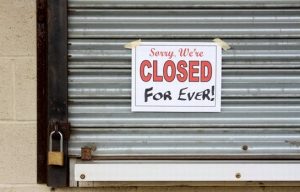 How many lives have been ruined?

How many elderly people have died alone, denied the chance to see their families one last time – because of deliberate exaggeration of the threat of the ‘Rona via the conflation of medical cases with positive tests?

What damage has been to an entire generation of children, subjected to a regime of fear-conditioning they may never fully recover from?

I wrote recently about a once-thriving restaurant in my area, now boarded up and closed not because of the ‘Rona but because an evil little man terrified millions of people, who were told the difference between a medical case and a positive test. It is one of many such manufactured tragedies. And there is the ongoing tragedy of millions of people hiding their faces behind “masks,” a conditioning ritual of unspeakable vileness.

This horrible little man – and other horrible people – are ramping up their “next wave” effort of more of the same. There is already an ominous and as-if-on-cue dialing up of the Fear Organ about the new “cases.” The “UK variant.”

But now you know that it’s a case of something else.

A Canadian pastor has the cure for this sickness. It is to exorcise these demons. Cast them out. Deny them. Refuse them. Kick them out of our businesses and our lives. Tell them to go to Hell.

Because it is where they belong.