Is the government really here to “help”? Or does it – do the people who constitute the government – operate out of self-interest, as everyone else does?

With one very important difference.

Which is – in one form or another – always the same thing: Submission to its (to their) authority.

Which fact ought to call into question the notion that government is altruistic. Such questioning might lead to examination – and exposure – of the real motives behind recent government actions, such as the “locking down” of some businesses  – the small, independently owned ones but not the big corporate ones, for instance. 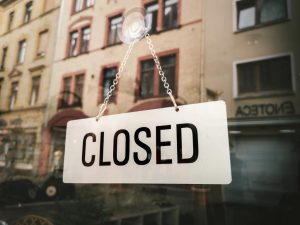 What might be the self-interest of the government – of the people who constitute the government – in that case? It is doubtful it is to “stop the spread” – since it is probably true that a virus is more spreadable at large retail hubs, where many people congregate in close proximity. The real interest appears to be to conglomerate all commerce into a handful of corporate retail hubs, these being much easier to control as by setting forth common policies, which – absent the counterweight of small, independent retailers – there is no alternative to.

What do you suppose the government’s interest is in pressuring – if not outright requiring – 340 million Americans to submit to a “vaccine” that all of them arguably ought to avoid until it is known what is in the “vaccine” and what the “vaccine’s” effects will prove to be? 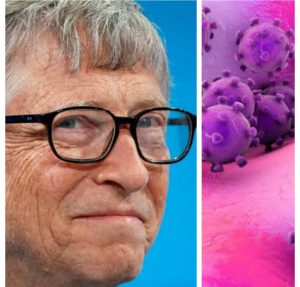 Could it be that the government – the people who hold government offices – are interested in carrying the water of the pharmaceutical cartels that stand to make enormous sums of money be injected 340 million Americans not just the once but ongoing? The people who hold government office being interested in receiving financial support from the pharmaceutical cartels, who invest heavily in their interests. And who also make a similarly large investment in opposing those who question the pressuring – if not outright requiring – of 340 million Americans to submit to this injection and thus injections, ongoing?

When there were journalists in this country, such interests would examined – and the interests juxtaposed with the claimed altruistic motive. A good example of this now-largely-unpracticed art is the way the interests of Bill Gates were examined back in the 1990s. It was discovered he was very interested in obtaining a monopoly over computers via claiming (if not actually stealing) rights to practically anything involved with them. His interests were exposed – and because of that, people were on alert about his altruistic protestations.

Then Gates invested in injections – under the guise of charities. Few questioned his interest in “charitable” acts, juxtaposed with his interest in effacing the SEC/DOJ and other investigations of his computer business interests.

Now he is very altruistically interested in seeing every man, woman and child vaccinated. Which ought to be a topic of great interest, given his interests.

The same goes for the interests of the corporations that have become synonymous with the government, the two now largely amounting to the same and being the same people, in many case.

A Miracle and a Tragedy