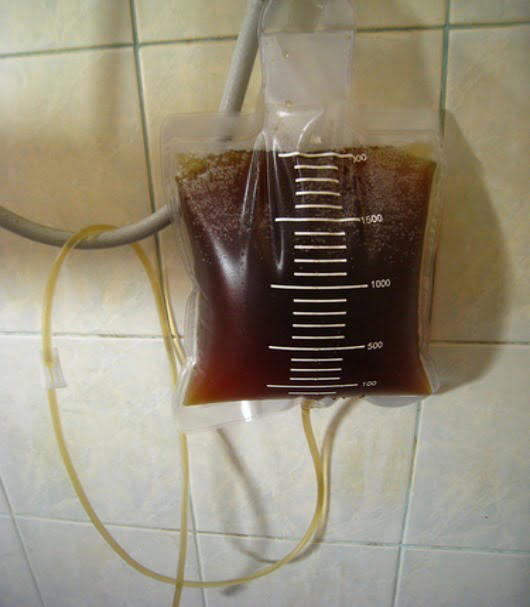 When you’re dying and have tried everything else, it is understandable to try anything – to keep from dying –  including experimental treatments that haven’t been proved to work and the risks of which are largely unknown.

Because what have you got to lose?

But it would be considered odd for someone not dying – or even seriously sick – to sign up for coffee enemas in Honduras to cure what they haven’t got and would be unlikely to die of if they did get it.

Such a person would be considered in need of treatment . . . by a psychiatrist.

Yet 100 million-plus physically healthy Americans (and counting) have lined up to be injected with a “vaccine” that could prove to be far more injurious to their health than a sickness they haven’t got and which if they did get it, they’d be unlikely to die from.

Medically, it makes as much sense as coffee enemas – or pre-emptive prostate surgery for a healthy 23-year-old.

But this business is about psychology.

The etiology of mass hysteria – and social pressure.

Of the side effects resulting from the desperate desire of hundred of millions of people to be allowed to resume a normal life. To work and play sans the Diaper and sans the Kabuki.

The population has been subjected to unprecedented deprivation – social/emotional/economic – for the past year-plus. In order to manipulate them. The constant stress has worn them down, made them ready. Made them willing (and many, eager) to put up with something they’d have never put up with a year-plus ago for the sake of being allowed to live as they did a year-plus ago.

People have been trauma-conditioned to accept being Needled as the price of being allowed to live – even if it costs them their lives.

As it already has, in thousands of cases – including cases of previously healthy young adults (here’s one) who became not just sick but dead within days/weeks of having received the “vaccine.” It is very difficult to attribute these deaths to coincidence. They are abnormal deaths, unlike the deaths of elderly people – who normally die every year.

Enough worry has been aroused about the safety of the “vaccines” that injections of some of them have been halted. 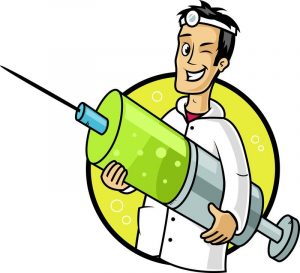 But the question ought to be: Why were they mass-administered in the first place?

Keep in mind that 99.8-something percent of the population has not died from the ‘Rona – even accepting the wildly inflated numbers touted by the “official sources,” which count practically every death as caused by the ‘Rona. Including the deaths of obese 80-year-olds with heart disease. Which deaths are now regarded as abnormal.

It makes no sense to “vaccinate” 100 percent with something of unknown risk over a known extremely small risk.

It is also questionable whether “vaccinating” the very small cohort of the “vulnerable” – i.e., the elderly and those with underlying serious medical problems – is worth the risk.

Because no one knows what the risks – of the “vaccine” – actually are. 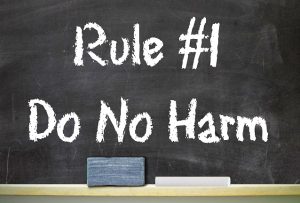 It is possible they’ll prove to be minor – and perhaps nothing at all. But the point is that no one knows. This includes Pope Fauci XVII. The fact that people like him tell people not to worry – and to queue up – is itself worrying.

Isn’t the first rule of medicine to do no harm? Isn’t it inarguable that injecting people with something that could very well cause them harm is at odds with that dictum? Especially as regards the healthy. “Vaccinating” them is not unlike pouring a substance of unknown origin and effects into the gas tank of a car that’s running great, because a salesman assured you it’d be good for the car.

Most thinking people would hesitate. The dictum, if it ain’t broke, don’t fix it being applicable.

What does the “vaccine” fix?

Allegedly, it suppresses the symptoms of a sickness that doesn’t even produce symptoms in most people. And most of those who have symptoms don’t require medical attention. These are facts are known.

It bestows a 0.0-something asserted benefit on people who are 99.8-something percent likely to not die from the ‘Rona, if they even get the ‘Rona.

This in exchange for an unknown risk arising from the injection that could prove to be much greater – and far more serious – than the trivial risk to 99-plus percent of the population presented by the ‘Rona.

Which makes it sinister that “vaccines” are being pushed so hard upon so many people, almost all of whom have the same need of this “vaccine” that a healthy person has for coffee enema treatments in Honduras.