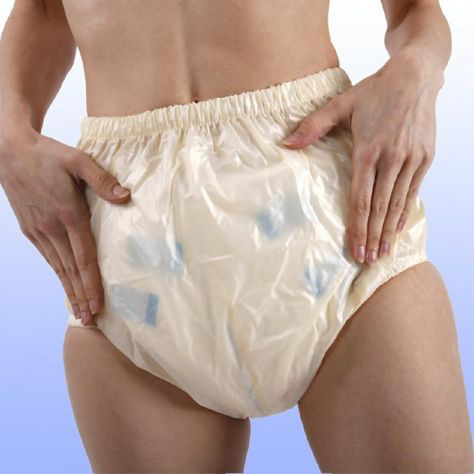 If you’re not physically sick and find yourself being pestered by someone who is mentally sick about your “failure” to wear a “mask” to “stop the spread” of a physical illness you haven’t got – but which they worry you might have – ask them a question in reply:

Are you wearing your Depends?

These being the adult diapers designed to protect the incontinent from spreading . . . something else.

They will probably draw themselves up indignantly and say no – of course not. Why would they? They have no need for Diapers as they are in control of their bladder – and bowels. It would be absurd for them to wear a Diaper and more than that, degrading – because of the implication they might piss their pants or shit themselves, otherwise.

Exactly so – as regards the facial equivalent of the same thing. 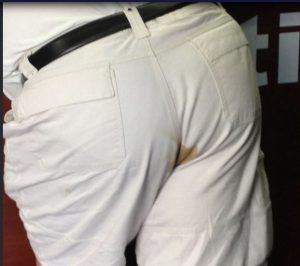 To insist that someone who isn’t sick must wear a Face Diaper because it is possible he might be sick is to treat him as if he is sick. Which is the same as saying he is disease-ridden, someone who presents a threat to anyone nearby, if he doesn’t wear a “protective” device.

Is this not also degrading?

Some will say it is noble – because it is a sign of caring. You are showing – literally – that you take other people’s health seriously and are being respectful, etc. But this is only a valid argument if, in fact, there is a threat to other people’s health arising from your not wearing the “protective” device.

If that is not the case, then the wearing is cruel as well as degrading.

It is cruel because it perpetuates a dangerous lie. Several of them. The first being the one that insists a physically healthy person can get other people sick. It is simply not true – as a matter of straightforward logic and English, of the plain meaning of words.

The assertion that someone might be sick is an entirely different thing – both in terms of logic and of English. It is a possibility – not an actuality (by definition; else “might” would not apply). 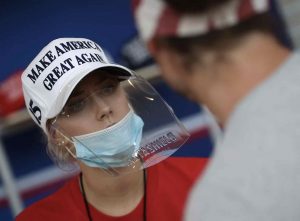 If it does, then on the same basis, one could assert that since someone might lose control of their bladder or bowels they ought to wear Depends – even if they are continent; even if they have given no reason to substantiate an assertion of worry that they may piss their pants or shit themselves.

Why is the same assertion regarding Face Diapers any less ridiculous? Any less degrading?

Except they haven’t actually  – at least, not of the ‘Rona. That’s another lie.

And at least that many probably shit themselves last year, too. And shit is dangerous as well as disgusting. It carries disease and can spread disease. It probably represents at least as much a threat to the average healthy person as the 0.0-something percent threat of death posed by “the virus.”

Doesn’t the public have a right to be “protected” against the risk of the Undiapered? Why is that asserted risk ok?

Don’t you care about (insert here)….?

The second lie that is enabled by accepting the Diapering of Faces is that they are palliative as regards viruses. Depends actually work – because urine and feces are substantial enough to be contained by cloth.

Viral particles aren’t. If this virus were not such a minor threat to healthy people – who typically have a 99.8-something percent chance of not dying from it if they even get sick from it, assuming they even get it in the first place – then it would be an outrage to give them the false sense of security the purveyors of facial cloth-wearing have perpetuated. It is they who do not “take the virus seriously” – not the people who are smart enough to know that serious equipment is necessary to prevent the spread of viruses and are honest enough not to pretend otherwise.

The third lie is that this virus is generally dangerous. It is known that it’s not. Insisting that children and young adults who have almost zero chance of dying from ‘Rona – and healthy adults who have a fractionally higher, but also almost-nonexistent risk of dying from the ‘Rona – have the same risk of dying as morbidly obese 80-year-olds with diabetes and COPD is the worst sort of fear-mongering.

Forcing Diapers on everyone’s face is just the same as forcing everyone to wear Depends.

It’s as ridiculous as it is despicable.

Tell the next Face-Diaperer who asks about your “mask” precisely that – after asking him about his Depends.