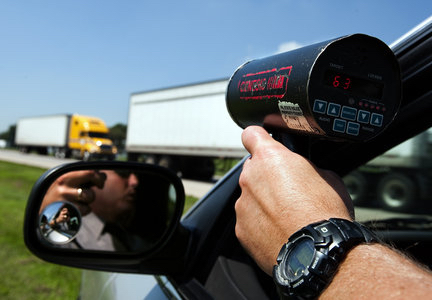 Good radar detectors aren’t cheap – but it’ll cost you more to not buy one. And not just in terms of the money.

But let’s start with that.

A top-of-the-line radar detector – like my Valentine1 – will cost you about $500, which is a lot of money. But consider how much money a single “ticket” – the government-speak euphemism for the extortion notes issued by armed government workers – costs. 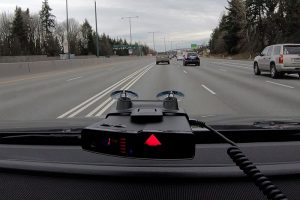 This is for just slightly “speeding” – generally defined as 1-9 MPH faster than whatever the arbitrary number says is “legal.” If you are caught driving faster than that, the cost goes up. In some cases, it could cost you your freedom. There are “reckless driving” statutes on the books in some states that define “reckless” driving as anything faster than 80 MPH, which can be as little as 10 MPH faster than the posted speed limit, in the case of highways with a PSL of 70 MPH.

In which case, it’ll cost you lawyers, too.

But these are not the only costs. 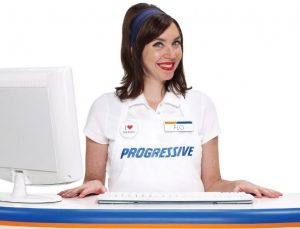 Most will, of course, pay – because of the threats. So there goes $150 for the “ticket” plus probably another $75 – a sum approximating the typical annual “adjustment” for the “ticket.”

So, $225 – which is about half the cost of a top-shelf radar detector.

This assumes, of course, the “ticket” was for slightly “speeding.” If it was for serious “speeding,” the cost should be adjusted upward. A “reckless driving” ticket could cause a doubling “adjustment” of whatever you’re forced to pay the insurance company. Plus the cost of the ticket, itself.

The government only steals once-at-a-time. When you pay the “ticket,” you have paid in full – at least until the next “ticket.”

The insurance company makes you pay serially. That single “ticket” remains “on your record” for several years and is used as the pretext for “adjusting” you for several years. So if the insurance company “adjusts” you for $75 additional this year, plus the next two years, then the total “adjustment” comes to  $375 (the $150 paid to the government plus the $75 “adjustment” paid three times to the government’s adjunct).

We are now two-thirds of the way toward the cost of a top-of-the-line radar detector that might well have warned you about the lurking presence of the armed government worker who “pulled you over” for “speeding.” 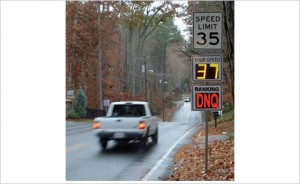 What if that happens again – and before the first “ticket” is no longer “on your record”? This generally takes three years. What are the odds you’ll get “pulled over” again during that time? Unless you don’t drive much – or drive mindlessly obedient to every sign erected by government, a thing difficult to actually do because of the plethora of government signs, many of them demanding obedience to preposterous, teeth-grating protocols (e.g., driving 35 MPH on a road where everyone drives 50).

“Speeding” is like breathing. Everyone does it. Especially armed government workers, though of course they do so with impunity.

The rest of us are targets for armed government workers.

Some perhaps more so than others, but everyone drives at least a little faster than some speed limits, some of the time. Which means everyone is vulnerable to getting a “ticket.”

Those tickets have now cost you more than a top-of-the-line radar detector. The detector would also have saved you the aggravation of those tickets; the time you spent by the side of the road with the armed government worker and – later – in court, attempting to avoid being made to pay the “ticket.” Plus the dread of opening the mailbox, to find another extortion note – the one from the insurance company adjunct of the government.

But these are petty savings relative to pricelessness of being able to somewhat enjoy driving again. To be able to “get away” with “speeding” – that is to say, with reasonable driving – again.

Can you put a number on the value of having your Little Friend chirp in time for you to brake? There is almost as much satisfaction to be gained from avoiding an interaction with an armed (and dangerous) government worker – and a “ticket” – as there is in a prime rib dinner with all the trimmings.

Which, of course, you only pay for once.

As is the case with the radar detector. Which also pays for itself.