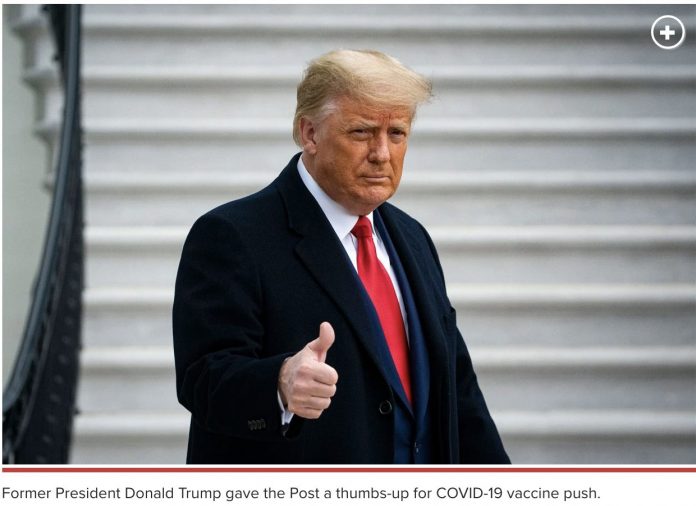 That the Orange Man is dangerous – even more dangerous than his (s)elected successor – has just been established beyond doubt, provided one isn’t blinded by sick worshipful reverence for the spray-tanned man, whatever he does or doesn’t do.

He didn’t do anything to stop the spread of mass hysteria – the weaponization of hypochondria. Which is precisely the right word to describe the manufacturing of mass hysteria over a sickness with a 99.8-something percent recovery rate.

This was – is – a crime against the people of the United States.

That he “didn’t know” or “acted out of good intentions” or was “stymied” by the “swamp” is of a piece with if only Stalin knew!  – a reference to Soviet-era dupes who regarded “Uncle Joe” as a benevolent patriarch who would never have allowed his underlings to ship people off to the camps. 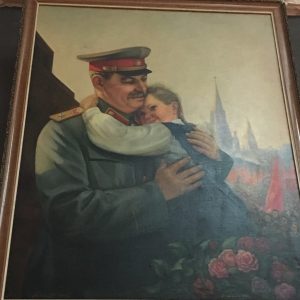 If only Stalin knew!

Well, the Orange Man knew, too. Maybe not at first; maybe not last January-February-March or so. He is entitled to the benefit of the doubt for that.

But by July-August-September, the facts were known – to anyone who cared to exert even cursory effort to look into them, surely the duty of the president of the United States – who took an oath to preserve, protect and defend the Constitution, which was shat all over as if by a flock of diarrhea-afflicted seagulls in the name of “stopping the spread” . . . of a virus so not-lethal its existence probably would never even have been noticed had it not been for the organized, deliberate fear-mongering which the Orange Man did nothing to counter.

Now he smears anyone who questions the sanity of healthy people lining up to be injected with a substance of opaque origins, the risks of which can be lethal and the long-term risks of which are not known  . . . as “deniers” and “anti-vaxx.”

This fact tells you everything about the Orange Man; it displays his thoughtless, careless, contemptuous, opportunistic narcissism. The man does not care that the “vaccine” has caused a large number of deaths – including the deaths of people who had been healthy before they got Needled and whose risk of death from the ‘Rona was so trivially small that assuming the unknown and potentially lethal risk of the “vaccine” is arguably insane – in the manner of a person not diagnosed with a terminal disease deciding to take an experimental drug just in case he might come down with a terminal disease.

Which makes him complicit in the lying and the terrorizing.

And now he has joined the forces pushing the “vaccine” – perhaps because his spray-tanned nose for narcissistic self-promotion sniffs an opportunity to take credit for “saving” the country – “millions of people,” as he says – by Needling it with the god-knows-what developed by the pharmaceutical cartels who wield frightening political power by dint of the economic power they have acquired . . . as the result of getting the government to do their “marketing” for them. 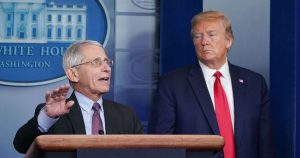 The government is egging on the mandating of the injecting of Big Pharma’s meds – with the risk entirely upon us. Of the Needling – and the refusal to be Needled.

And the Orange Man is conducting the orchestra, or badly wants to.

His (s)elected successor now leads it but the Orange Man wants to seize the baton back and will do anything toward that end, including becoming a leading voice bellowing at the American public to get Needled – else be portrayed by him and the creatures like him – as “deniers” and for that reason an implicit threat to all who believe in the religion of mass hysteria.

This is arguably criminal incitement. At the very least, it is disgustingly and dangerously uninformed. 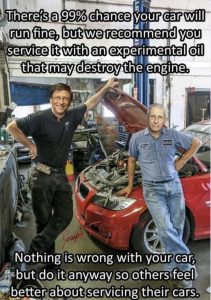 The danger is worse than that presented by his senile successor because the Orange Man is believed by some to be an alternative – something less bad; the lesser of two evils. When in fact he is just as evil; just another facade, behind which lies the same thing.

Because he has helped spread it.

Because he is not opposed to it – and for that reason must be opposed by everyone who opposes mass hysteria and the weaponization of hypochondria.

You have sat too long here for any good you have been doing. Depart, I say, and let us have done with you. In the name of God, go!

And take your spray-tan booth with you.