The main problem the liberty minded face as regards preserving – and recovering – their lost liberty is that they are enmeshed among those who either do not understand or want to even try to understand liberty.

And those who actively loathe it.

It is not like the Late Unpleasantness (1861-’65) which was fundamentally geographic as much as it was ideological. On the one side – of the Mason Dixon line – you had the South. On the other, the North. Both sides were clearly different, in terms of where each lived as well as their respective languages, culture and history.

Savannah was not Boston. 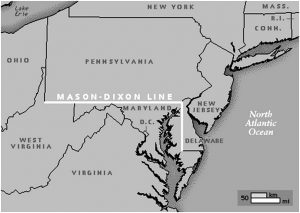 But how do we separate ourselves from our next-door neighbor? From the authoritarian collectivists who sit on the town council? From the Clover who believes he has a “right” to health care – and “free” education – and thus, a right to force you to provide it? Who demands you “buckle up” for “safety”?

Who insists others wear a Face Diaper or close their businesses . . . to keep him “safe”?

Even in areas that are still culturally a bit more liberty minded – i.e., the “red” states – the canker is there and it is spreading.

Many of the “red” states are purple – on their way to turning blue. Even Texas.

The process has been accelerated, ironically, by the flight of the not-so-liberty-minded from places like New York and California, where their mindset created the fouled nest they now abandon – to foul new nests, elsewhere.

How can liberty survive, given this?

There are two main possibilities. 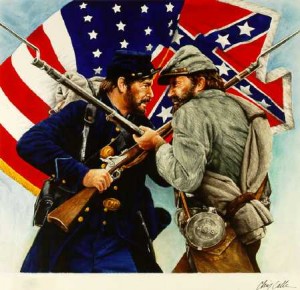 The first is a terrifying and awful one; a literal civil war (which the Late Unpleasantness was not; it was an unsuccessful attempt at secession, very much like the successful effort of 1776-1783). A fight between brother and brother – and neighbor and neighbor. To the death, probably – as the two ideologies cannot reconcile.

We would be willing to leave them alone – but they are determined to never leave us alone.

They are morally and philosophically incapable of that kind of restraint.

This is the one commonality between the Late Unpleasantness of 1861-’65 and our time. The Southerners sought to get away from what they styled the Yankee mentality. By which they meant the priggish Puritanism of New England; the obnoxious, moralizing insistence on their way being the only way In contrast to the idea – articulate so beautifully in the Declaration of Independence – written by a Southerner – about the pursuit of happiness. 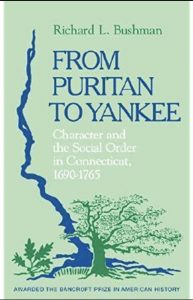 Yankee collectivist totalitarianism manifests today in so many ways it is almost difficult to see it – as a fish probably has difficulty seeing the water he swims in. Everywhere, there are commandments restricting, defining, micromanaging what we are allowed to do – and punished for not doing.

Our rights – once respected by law and custom – have all become conditional privileges. The debate, such as it is, has been reduced to the extent our privileges will be restricted.

Not whether our rights will be respected.

How much we’ll pay in the theft styled “taxes.”

When – and under what terms – we’ll be allowed to open our businesses; or enter them.

We are no longer free from unreasonable searches; we are required by law to bear witness against ourselves (every time you file a tax return that you’d rather not and would not were it not for the barely disguised threats regarding what will happen to you if you don’t; now sign here).

We may not engage in the free exchange of goods and services; we are required to obtain permission – at our expense – and the exchange is hugely conditional. We are not free to offer a product or service – and other people are not free to choose to hire us or to buy from us. 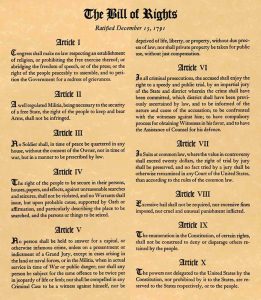 Everything we buy – and everything we sell – must first be approved by the government. By the Yankees (in mindset) who control it.

The freedom to associate has become the requirement to associate – rendering the once-upon-a-right to choose with whom you associate as dead letter as the right to keep what you earn.

Not just some of it.

No one is free to travel. We are allowed to – under certain conditions, sometimes. And then sometimes not.

Ownership – of property, including ourselves – is denied at the most fundamental level.

There are laws forbidding what we may do or even put into the bodies we occupy but which the government owns.

Soon, perhaps, we will be forced to submit to having a substance injected into our bodies – the final degradation, making it crystal clear who owns “our” bodies. 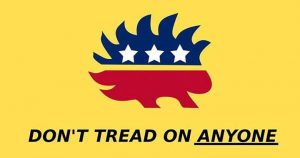 Our homes are no more our property than the renter’s apartment belongs to him; both are tenants obliged to pay regular rent to the true owner, who also decrees what the tenant may and may not do on the owner’s property.

All of the above affronts are premised on the Yankee mentality, which now mottles the entire country.

There is no form of moral persuasion that will convince a Yankee to leave us be – and  to mind his own business; he does not understand the concept. Or he has contempt for it.

How does a liberty-loving person live among such people?

There are two ways. 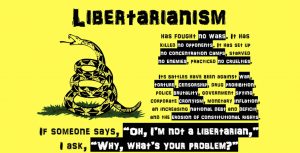 The first, much to be preferred, is by not living among such people.

And then live – and let live.

There would difficulties, including the logistics – such as the mass migration of the liberty minded to liberty-respecting regions. Still, it could be done.

Except for one problem.

The problem of the people who either do not understand or care about or loathe liberty.

These people will fight us with every means at their disposal, as was established during the Late Unpleasantness.

And they are enmeshed among us.

For this reason, it is horribly probable that it will eventually come to blows. Put more finely, it will come down to the liberty-loving fighting for it against those who are determined to extinguish it.

And the verdict will be final. Them – or us. No quarter given, by either.

It is a dreadful prospect. For them and us. Most of all, because it could so easily be avoided.

If only they would allow it.