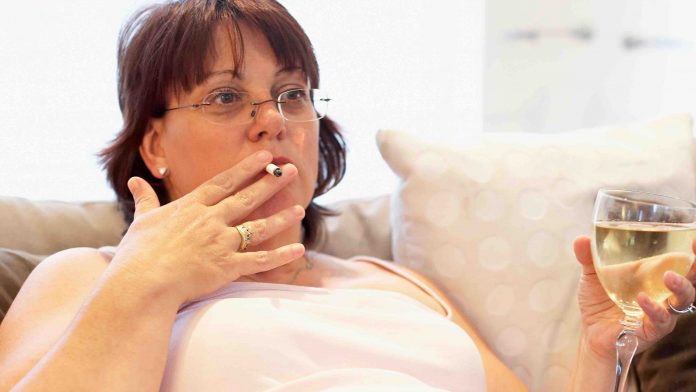 There is an old joke about the fat lady ordering fast food. She gets a double bacon cheeseburger, large fries . . . and a diet Coke.

She probably just got the shot, too. She almost certainly wore the Face Diaper.

It is an interesting, almost mathematical axiom that the people most freaked out about their health are the people who are the least healthy in terms of their habits, which tends to render one unhealthy.

It’s less the ‘Rona that’s killing people than obesity, largely caused by eating “food” not far removed from flavored drywall paste (washed down with lots of over-sweetened liquid diabetes in an estrogen-leaching plastic bottle) and killing habits such as not regularly exercising, which increases the tendency toward obesity. Add some pills – and vaccines – to the mix and what you end up with, ta-da, is a population of vulnerable people who easily get sick – sometimes very – from what would otherwise likely be minor illnesses, if they even got sick at all. 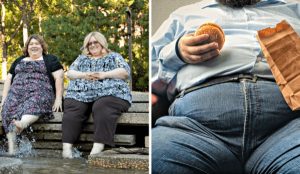 The “science” supports this, incidentally. It’s just not discussed, much.

Who – other than the elderly – is most likely to die from the ‘Rona? Get your parking ticket validated if you answered, obese people. If you’re elderly and heavy then you’re in trouble – but it’s not because of the ‘Rona. It’s because you’re unhealthy – and the cure for that isn’t medicine.

Which by the way may make you even more unhealthy and vulnerable.

Put another way: If you are height-weight proportionate, exercise regularly and are careful about what you eat, your health is the medicine that will keep you from getting sick. This is an inarguable truth and far more “safe and effective” than the supposed palliative being really pushed on people right now – including, strangely, on quite healthy people.

No attempt at differentiation is made between people who need these meds-being-pushed like a fish needs a flea collar  – because they are healthy – and people who are getting sick because they’re not healthy. And no effort is made – officially, as via the “experts” – to explain to these unfortunate unhealthy that they would be much less likely to need meds (and not just the meds currently being pushed really hard) or even get sick in the first place if they took steps to improve their health.

This is not a new thing.

For decades, the reflex reaction of the American medical establishment seems to be to give them a pill (or a shot) rather than sound advice, probably because the latter doesn’t require a prescription – and a perpetual bill. Got high blood pressure? Here’s your pill. Many of these people are never told why they have high blood pressure nor what they might do to avoid the pill (and the bill). 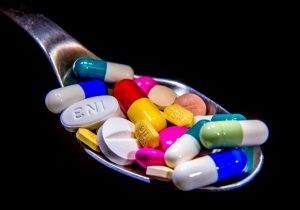 High blood pressure just happens; it “runs in the family.” Never mind that everyone in the family is 50 pounds over-heavy.

The sun is healthy. Unlike Brawndo, which has electrolytes (maybe) the sun has vitamin D – or helps you make it, at any rate. And vitamin D is something very safe and effective insofar as keeping people healthy. But instead of encouraging people to go and be outside, the medical establishment joined the Fear Chorus enjoining them to stay inside, which almost certainly made them less healthy and even more vulnerable.

We know it made them even heavier. The year 2020 saw the average American gain what is popularly styled the Quarantine 15 – which is a funny term for something very serious. But Joe Biden isn’t sending Strike Teams door to door to “help” people understand the threat to their health (and let’s not forget the cost to taxpayers) that rides shotgun with being significantly overweight.

But then, healthy people are harder to control.

Medically, because they have less need of the sickness industry; of pills and shots and the cartel which has acquired the sole power to dole them out . . . so long as you obey (and pay).

Physically, because the people most immune to the worst side-effects of the ‘Rona – the face-effacing decrees, for instance – were those who didn’t have to go to the doctor’s office for something they had to have, such as their hypertension pills – which they could only renew their prescription for if they went hand in hat (and Diaper over face) to the doctor’s office. Those of us who had no need of doctoring had a much easier time avoiding the strange rituals that now attend an audience with a medical personage.

They are also harder to control, financially – because they aren’t on a serial payment for pills they can’t afford and “health insurance” they are terrified of losing (along with the job that provides it) because they are constantly needing pills and shots. It is astounding that  so few of them ever stop to ask themselves why they need these pills and shots – and what they might do to need them less, or even not at all.

Most especially, what life would be like for them if they were freed from all of that.

Great effort is expended to prevent such questions from ever percolating upward into conscious thought. Instead, heavy pressure to defer to the “experts,” who must never be questioned. The same “experts” who remain mute about the literal poisoning of the food supply, the appalling state of what is considered “food” and the easy, cost-free things almost anyone could do on their own and for free to mightily improve their health – such as going outdoors regularly and taking walks, often.

That ought to raise questions about the motives of these “experts.” But then, we might not like the answers much.

Thug Cops Taser Elderly Man… in His Own House