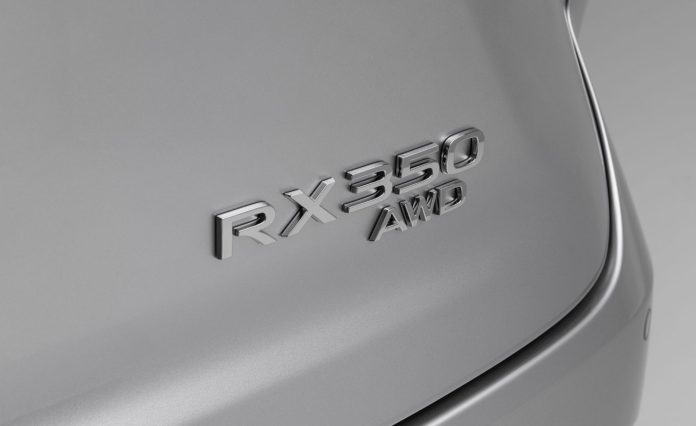 It will shortly be the mark of an “exotic” car if it has a V6 engine. As it is, there are just a couple of new cars that still come standard with them – the Toyota Avalon and the Dodge Charger are two of them – and both come standard with sticker prices well over $30,000.

Even at the $50k price point, a six cylinder engine is becoming optional – if it’s available at all. The 2023 Lexus RX350 – a mid-sized crossover SUV that has always come standard with a V6 since is it first came out back in the late 1990s – will come standard with nothing larger than a four cylinder engine beginning next year. The “350” in its name no longer designating the 3.5 liter V6 you used to get for the $50k you spent. 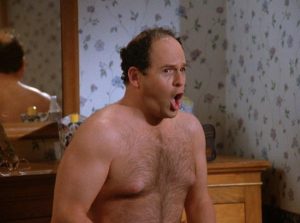 No change in nomenclature (or price) to reflect this diminishment.

You can still get a six in both. But it’ll cost you about $60k. That’s generally what you’ll have to spend to get what used to be considered the least you’d get in a car that cost $30,000. Or even a lot less than that. Six cylinder engines were commonly standard in family cars – and commonly available as options. The Toyota RAV4 used to offer a V6. One of many such that did.

Four cylinder engines were formerly found only in economy cars and very small cars such as sports cars. 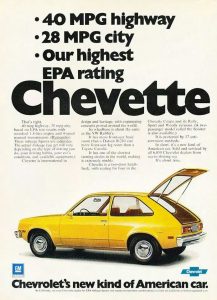 But that was in the Before Times. About a decade ago, if anyone remembers.

It might be worth asking – why? – as regards this unhappy transition.

What is the benefit – to the person buying the vehicle – of getting less for more? Horsepower is down, even with the addition of turbochargers to make up for the loss of size and cylinders. For example, the current Honda Accord’s strongest available engine is a . . . 2.0 liter four that makes 252 horsepower – vs. the 270 horsepower V6 that used to be available in the Accord just a few years ago.

The 2.0 liter fours that come standard in the Benz E and BMW 5 also only make 250-ish horsepower, far less than the sixes they used to come standard with.

Is it gas mileage, then? 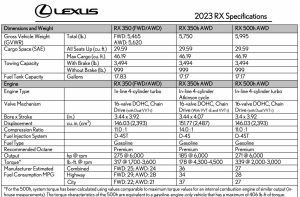 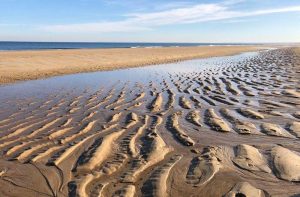 So, in exchange for the loss of 20 horsepower (and the prestige of driving a $50k vehicle that has more than just a four under its hood) the buyer of the ’23 RX350 enjoys a fuel economy upsurge of . . . 2 miles-per-gallon, something akin to the “red wave” that turned out to be a receding tide.

So, why would Lexus – and Mercedes and BMW and pretty much every other maker of $50k-plus vehicles – replace size (and price and power) appropriate sixes in their vehicles with less potent and only slightly more fuel efficient fours?

And they’re only that on paper. Out in the real world, the turbo fours end up using as much or even more gas than the sixes they replaced because they have to work harder to properly accelerate the vehicle; the only way you’ll see the advertised 2 MPG gain is if you drive as if there’s a baby’s head underneath the accelerator and you were trying not to crush its fontanel.

It’s because of gasses, you see. This business of remanding the “emissions” of carbon dioxide – that dread gas we’re told will cause the “climate” to “change” if the percentage of it in the Earth’s atmosphere goes up from 0.04 percent to 0.04 plus a fraction of that more percent – from the tailpipe of cars to the smokestacks of utility plants.

Those who look are not supposed to see that the gasses not being “emitted” at the tailpipe are being “emitted” – in greater volume – at some other place, so as to power cars without engines at all.

And they do, alright. Just not in the way people believe. 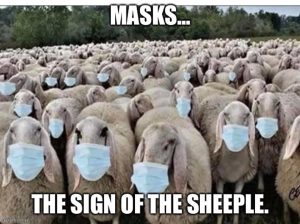 Note that the manufacturers of these de-engined vehicles are embarrassed by this under-the-hood-diminishment. Lexus has not re-named the ’23 RX350 the RX240 (“240” to reflect the size – 2.4 liters – of the four it now comes standard with) just as Mercedes and BMW continue to use the nomenclature of the Before Time – e.g., E350 and 530i – to refer to current models that really ought to be designated E200 and 520i, in the interested of editorial accuracy.

But that might call too much attention to what people are no longer getting for their $50k-plus and so they don’t. The old nomenclature carries on, perhaps in the hope it will recall memories of what $50k-plus used to buy.

It’s a measure of what you don’t get for your money these days.