We’ve been Google-free for about three weeks now – and the site is recovering, both functionally and financially. 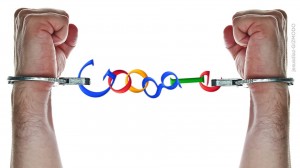 Functionally, you may have noticed it loads faster – an unexpected (to us) perk of losing all the Google Ads. We’ve also enjoyed a significant increase in traffic – up to about 100,000 unique visitors a month now and growing. That’s all right for a site that hasn’t got any corporate “pull” and which relies almost entirely on word of mouth (and link, via friends such as Lew Rockwell) to help spread the word.

But – and here’s where it gets interesting (and creepy):

Shortly after we divorced Google, and the site began to recover, we began to get hit by DOS (Denial of Service) attacks that either crashed our servers or made it next to impossible for anyone – me included – to access the site for hours at a time. The worst one – so far – happened yesterday, as many of you already know. The site was down/not working properly from around lunchtime to around 9 p.m. Sunday evening. It took Dom all that time to sort it out. Here’s a look-see:

We expect these attacks to continue and hope you’ll bear with us.

Which brings me back to the financial part. Your support has helped us to make up the losses (Adsense) we incurred during July/the first part of August, after we got “Googled.” We’re hoping enough of you will continue to support us such that we’ll be able to continue covering our nut, make a little money in the process – and (wish list item) be in a position to eventually upgrade our servers/bandwidth to deal with these DOS attacks.