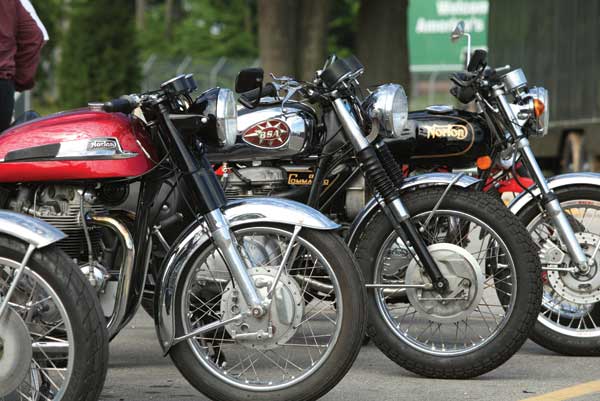 As new bikes become more and more like new cars – that is, complicated and expensive, both to buy and maintain – the remaining supply of old bikes is going to get pricier as a result of increasing demand. 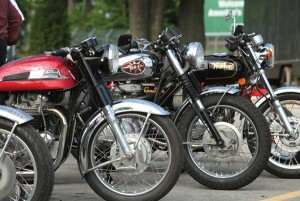 After all, they’re not making any more of them.

The situation with bikes today is a lot like it was with cars – especially now-classic muscle cars – yesterday. Well, when yesterday was about 30 years ago. At that time – back in the ’80s – today’s six-figure Barrett Jackson “investment grade” classic muscle cars were just junky old cars. Redneck gas hogs respectable people wanted nothing to do with. Which meant teenagers could afford to buy them on a part-time McDonald’s summer job budget. My Reagan Era high school parking lot was teeming with SS Chevelles and Novas, ’60s and ’70s Mustangs and Camaros. They weren’t meticulously restored and venerated icons, as today. They were dented and rusty, primered and jacked-up – with cheap headers, glasspacks and chrome-peeling cheap mag wheels bought at Pep Boys for $27 a piece.

But they were affordable and fixable yourself and thus, ordinary people – including teenagers – could own (and drive) them. 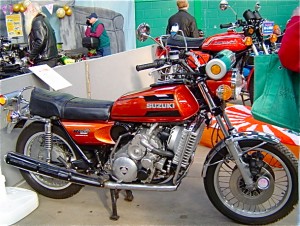 Then – overnight, it sometimes seems – things changed. Our high school beaters were suddenly highly desired by middle-aged (and older) people with money. Teenagers – hell, people in their 30s and 40s – could no longer afford them.

You know the rest.

Expect the same dialectic to play out with motorcycles. For similar reasons.

For the moment, you can still pick up a ’70s classic (and very everyday ridable, too) like my ’70s Kawasaki Kz900 in solid mechanical if not pristine cosmetic condition for $3k or less.

That means almost anyone can grab one – keep one – and ride one. 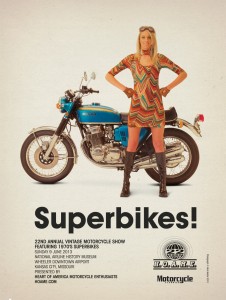 This will change – probably sooner rather than later – because (if you’re paying attention) new bikes have, in an amazingly short period of time (about ten years) almost caught up with new cars in terms of technology and complexity, with cost coming along for the ride. Other than maybe a small cc dirt bike or two, there isn’t a new bike on the floor of your local toy store that hasn’t got fuel injection – and with it, a got-damned computer.

Computer-controlled fuel-injection will work flawlessly… for a time. But forget about a simple – and fairly easy – take ’em off and clean ’em with solvent and toothbrushes free (assuming you did it yourself) rejuvenation when it’s no longer working beautifully  (which will happen, eventually).

Which you could do with carbs – ands can’t with FI.

This is the road ahead.

New bikes (especially sport bikes) are Christmas-treed with electronics, including traction and stability control, ABS and rider-selectable modes – just as you’d find in a new high-performance car. Plus catalytic converters – and 02 sensors. Also included is a car-like sticker price. Have you been to a bike store lately? The new Yamaha YZF-R1’s MSRP is nearly $17k.

That will buy you a car, easily. 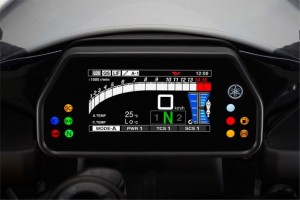 And when it breaks, the R1 (and bikes like it) will cost you as much to get serviced as a new car. Because – as with new cars – you probably won’t be servicing it yourself. The deep knowledge and specialized (read: expensive) diagnostic equipment necessary to do so are – for the most part – beyond the orbit of the Average Guy.

Now yes, it’s absolutely true that a new liter-class sport bike like the ’15 R1 is a one hell of a ride. It is more bike than most riders will ever even begin to be able to deal with (unless the rider is named Rossi). A full-on MotoGP contender with street-legal paperwork. It is magnificent, epic, audacious (like the new 700 hp Dodge Challenger Hellcat).

But like the Hellcat, increasingly like a supermodel behind a plate glass window. Bill Joel may be able to date her.

Joe Sixpack not so much.

If the MSRP (and forget-about-DIY service) doesn’t keep him away, the cost to insure such a bike usually will do the trick. And the cost to insure the thing ties into the cost of fixing/replacing the various car-like “safety” and other electronic systems now being grafted onto motorcycles.

Just wait till they mandate air bags (the Honda Goldwing already offers them).

Which brings us full circle back to the old stuff. Which does not have computers, ABS, wheel speed sensors, TCS, fuel-injection, 02 sensors, catalytic converters, “maps” or “programs.” And forget – hooray! – air bags.

Maybe not MotoGP material – but (for the most part) DIY fixable with basic hand tools. And – key point – fixable almost forever. At least, as long as you will probably be around. It is not, as they say, rocket science to keep a 40-year-old bike like my ’76 Kz900 road-ready. Because it was not hard to do that 40 years ago. A few turns of the screwdriver here, unbolt this, clean that – reinstall – and you were good to go. 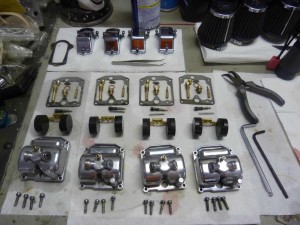 It will not be hard to do this 40 years from now.

Hence, affordable, accessible – and (wait for it) fun. The reason most of us throw a leg over in the first place. Which by the way includes tinkering with the damned thing.

The current stuff? You can’t fault ’em by the numbers – well except the numbers on the sticker – but they are more like iPads (in a very real sense, they are iPads) that you use until they stop working and then throw them away. Interchangeable, replaceable.

For as long as you can afford to buy in.

As new bike prices continue to track upward in tandem with the agglutination of complexity – including ever-more-elaborate “safety” and emissions stuff (as with cars, expect direct injection to replace regular ol’ fuel injection before the end of the decade if not sooner) the desirability – and hence, the price – of the older iron is going to go up, too. 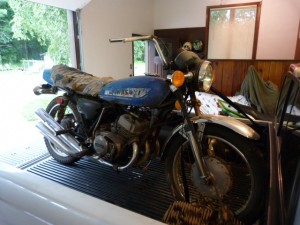 Which is why it’s a damned good time to think about getting in now, before that happens. Before new bike sales begin to wilt. Which they will. Because they must. Most people who ride are not rich and keep bikes for… fun. They are mostly young – 20s and 30s – and that demographic cannot deal with $20,000 bikes that cost $3k a year to insure that they can’t fix themselves. The economy sucks and people – young people’s – incomes (if they have any) will not support $20,000 toys.  It’s cool to see what the engineers can engineer; that it’s technically possible to offer a 200 MPH 9 second through the quarter-mile production bike that could compete in MotoGP right off the showroom floor. But if the kids – and semi-young – who desire such bikes cannot afford such bikes… The bubble’s real – and it’s about ready to burst.