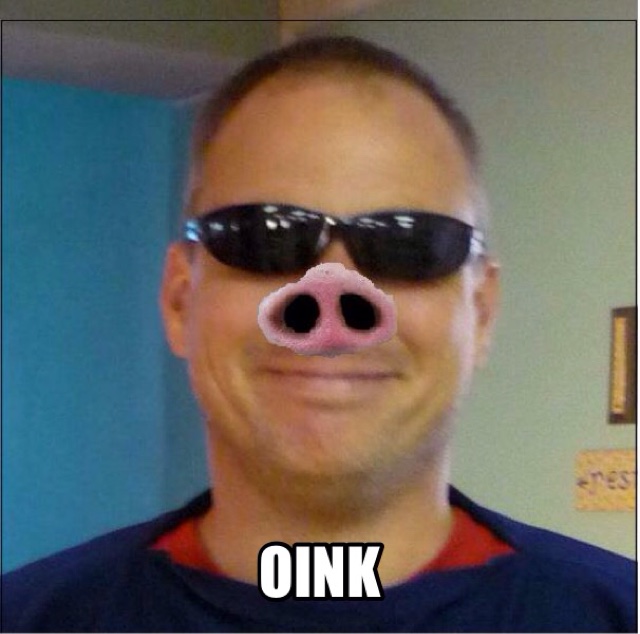 If you’re as appalled by this as I am, spread it around:

Open letter to the Bristol Town (VT) board, from Tyler Westbrook –

Here is what happened to me as detailed in a public statement which I hand delivered to each and every member of our Town Select board here in Bristol, Vermont

Many of you do not know me, as I tend to mind my own business, and have never had a run in with police here.

From my peaceful home here, I have traveled as an activist, aid worker and citizen journalist to such places as Hurricane Katrina in Mississippi, Earth Quake in Kashmir, The West Bank, The Gaza strip, North Africa, Europe, and other places. I have seen war, suffering, disease, hunger, strife and injustice. I have been shot at, chased, blown over by explosions, abducted, and have dodged snipers and air strikes. I know conflict. I have seen children shot in the face on both sides of me. I have seen bodies in the streets. I know the smell of death, the ringing in the ears of a close explosion.

But always I return to the arms of my loving wife in my safe home with my children. I know the difference, I am very fortunate. I have a beautiful life.

So, Imagine my shock to find myself on my knees, mock execution style, with a screaming gunman aiming a gun at my head for a kill shot, not in some far away battle field, but a few yards from my house.

How did I find myself in this position you ask?

Well, I was having a nice quiet night, when my dogs alerted me as to something outside. I then heard Adams Alarm going off at the Bristol Beverage Center, yards from my property. I walked up to see what was happening. I checked the doors, looked inside, saw nothing, but heard something, bottles rattle.

Several people saw me walk up, as they were looking too, and waiting for the alarm to stop, as it was loud, and it was late. I saw nothing the matter, and headed home. I then saw, finally a cop had come by his spotlight on the building. I was glad someone finally came, so I walked back up to say hello, and tell him what I saw, and heard. I identified myself, pointed to my house, and told him I checked the doors, but heard a rattle. Mind you, many people watched all this, including me walking up the first time. I was in my house slippers with my reading glasses.

I saw he was checking it out, so, I bid him goodnight and turned for home. He uttered a command like “stay” but I ignored that, and said something like, “ No, I am good, I am headed home” and tried to continue on, steps from my property, as I am not accustomed to following orders like sit and stay, as I am not a dog. Mr Westbrook only takes orders from Mrs Westbrook. Before I could take a step, He screamed, at the audacity of my defiance, and ordered me to my knees, I turned around to see him lined up perfectly for a head shot, a kill shot, as he screamed again.

I saw the gleam in his eye, his total enjoyment of having the power of life and death over me. Right there and then he could execute me, he was judge, Jury and Executioner for the “crime” of ignoring his command to sit stay like a dog. What is next, lick his boot? He did not “fear for his life” as they are trained to say, standing over bullet ridden bodies of un armed American who had their hands up, or shot in the back.. He enjoyed it. We both knew what this was. He knew he could get away with it. It looked like he wanted to pull the trigger.

So my choice was to kneel or die. I knelt, given the choice. Then I am ordered to lie face down, him still screaming, “don’t look at me” like a rapist or something, as he again leveled for a head shot. It was a mock execution, I was his plaything. A helpless victim.

He then roughly cuffed me so tight I lost circulation, and it bruised the bone, and hurt an already hurt elbow and shoulder. He then left me there in the cold and wet face down as he milled about over his trophy. The unspoken message received, “How dare you defy ME”, I was being punished. 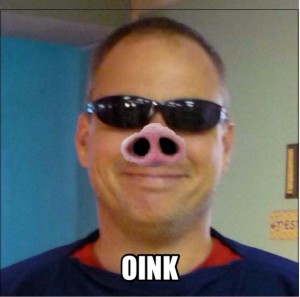 After a time, he got me up, cutting my foot on broken glass I noticed later, and put me in the car, giving me no information. I asked his name, it was Crow. I demanded he call my wife, yards away, my lawyer, to be arrested or released. He ignored me, except to say “ I should have listened to him”, again proving he did not fear for his life, when he made the choice to pull his weapon. This should all be on tape.

Eventually, after an excruciating time, I was taken out of the car and uncuffed. I then in a spirited manner, expressed my first amendment rights at them, until reaching my property.

So, here we are. My nice peaceful life with my love, and my children has been violently disturbed. Nothing will ever be the same for me again here. Paradise lost. I thought this was my retreat from that world, my safe place, my home, not the front lines. Now I am worried for my children.

So, as I have faced injustice elsewhere, now I must confront it here.

Chief Gibbs is doing an “investigation” , but an organization investigating itself gives me small comfort, as “We investigated ourselves, and found we did nothing wrong” is usually the result of such things

Meanwhile, Mr. Crow still stalks our streets, eager to abuse his power, terrorizing our town. When will he pull the trigger? It seems to be only a matter of time.

I am looking at a very costly lawsuit for as much money as possible I can get from the town and Mr Crow, as well as pressing for criminal and civil charges to be filed against him personally as punishment for his crimes, to help this type of thing from happening again, here. It is not enough he is leaving soon anyways, as with a pedophile priest, we should not just send him off to commit his crimes elsewhere, at least not as a police officer.

I do not expect success, as I have no faith in “the system’ but it is worth a shot.

So this is a teaching moment, as a citizen journalist, I will be sharing this experience proactively, with as wide an audience as possible, here in town, in Vermont, around the nation, and around the world. I will use every social media platform available to me to spread the news of this struggle. I have a wide reach across many spectrums.

This has become my cause. Peace starts at home, and I can not look my children in the eyes if I do not struggle here at home for what is right. This has become a defining moment for me as a person. No Justice, No Peace, Know Justice, Know Peace.

I will be starting a campaign including protesting with large images of police with a gun to the head of a citizen, complete with controversial and offensive slogans, down town, most every day, with leaflets

There will also be websites warning potential visitors of the dangers here. I will also be using help from the international community online to come up with messaging, and creative solutions to warn everyone, Bristol is not a safe town anymore.

And then, Justice found, I will be going back to quietly minding my own business, and not need to create such a fuss, the negative effects will be felt for a long time, and it will only serve to widen the gap between the police and the community. Bad cops, their bosses and the politicians who give them cover and impunity, I tar all with the same brush, and will be exposing them all in exhaustive detail.

This should be viewed as a teaching moment. Will my children see the system works, or does the bad guy win again? We will see, I don’t know how this will end, but I am hoping for a happy ending that brings us more together as a community, that can work with our local police and government to solve problems, rather than see them as a mortal threat.

So Bristol, your move.

I have been documenting my efforts @http://makebristolvermontsafefrombadcops.blogspot.com/