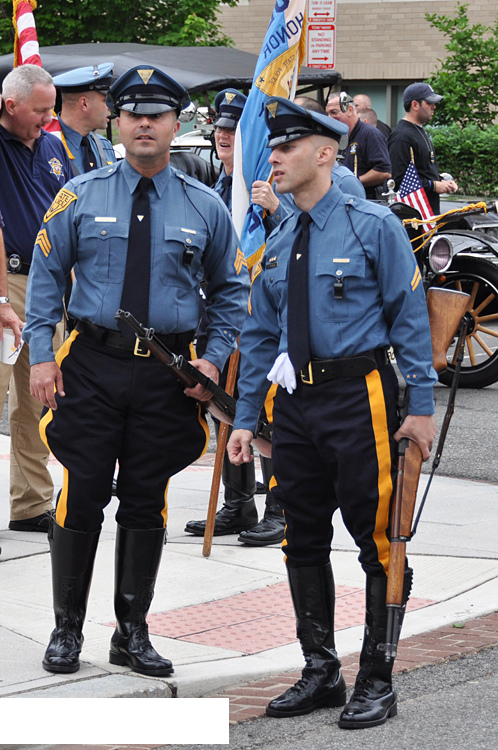 Orwell described things that seemed a bit much in his novel, 1984. Like, as a for-instance, the Telescreen-prompted mandatory morning calisthenics – physical jerks – the novel’s main character, Winston Smith, was forced to endure each day. 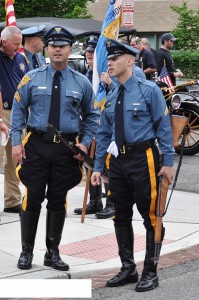 Well, things that seemed a bit much when I read this book back in high school – back in the ‘80s – have become our Loving Big Brother reality.

The state of New Jersey – arguably, the California of the east coast as far as regulatory idiocy goes (this is the state in which you are not allowed to pump your own gas) is on the verge of passing what would be the most idiotic “distracted driving” law in the country.

The legislation – see here – defines “distracted driving” as “any activity unrelated to the actual operation of a motor vehicle in a manner that interferes with the safe operation of the vehicle.”

This to be defined by the New Jersey State Police (and other police) who literally wear uniforms that – excepting the lightning bolt insignia on the collar – look like they were designed by Hugo Boss for Heinrich Himmler’s minions. 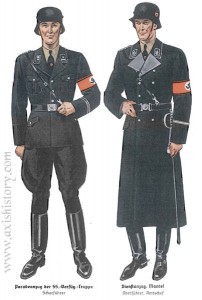 It could be drinking a cup of coffee. Eating. Almost anything – literally. Hands not at “10” and “2” – both eyes (in the opinion of a cop) not firmly fixed on the road ahead?

“The issue is that we need to try, in every way, to discourage distracted driving, it’s dangerous,” Assemblyman John Wisniewski, a Democrat in Central Jersey, who sponsored the bill, told The Star-Ledger. “Education and enforcement can change the attitudes of people.”

It’s even worse than “drunk” driving laws, which at least have a specific – objective – measure defining the offense. Your BAC level is either over or under the threshold. It is not up to the cop’s opinion.

But “distracted” driving would be.

The bill is onerous – and tyrannical – on many levels. In addition to criminalizing yet another category of non-harmful actions, it also gives cops a pretext to stop any car, at any time. All a cop need do to justify the stop – and whatever happens subsequent to the stop – is claim he witnessed “distracted” driving.

This is a very important legal point. 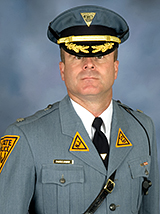 Excepting the egregious random/dragnet-style “safety” and “drunk driving” checkpoints we’re forced to occasionally deal with, in other cases, a cop must have probable cause – some specific, tangible reason that can be substantiated later on, in court,  to justify initiating the pull-over. You have a dead inspection sticker, a burned out brake light. You’ve committed a moving violation of some kind.

But provided you do not have a dead sticker or a burned out brake light and have not committed some specific traffic violation (e.g., failing to come to a complete stop, turning right on red where not allowed) the cop can’t – legally – pull you over. And if he does so regardless, you have a defense, legally speaking, when the matter goes to court. Not just for the initial stop but for whatever occurs subsequently. If the initial stop was not legally defensible, it is possible all charges stemming from the stop will be dropped. This is the “fruit of the poisoned tree” doctrine.

But with the “tool” of an offense so vaguely defined as “distracted” driving – which could be defined by the cop as you glancing at him momentarily (you took your eyes off the road!) or any of a dozen different things, he can no pull you over at will. And go fishing. And even if he doesn’t find anything, you’re not going home empty-handed.

All at the discretion of a costumed and heavily armed state thug whose job is to extract as much money from our hides as possible.

How would one defend oneself against a cop’s claim that he “saw us look away” from the straight ahead? Or “glanced down” to change the radio station?

And is it really “distracted” driving to sip coffee behind the wheel?

The only upside to this business is that it may be Too Much and Too Soon – like Virginia’s equally over-the-top “aggressive driving” statutes (written by a state lawmaker who just happened to be a lawyer whose area of law just happened to be providing high-cost legal assistance to drivers charged with “aggressive driving”) that hit people with four figure fines for simple speeding and other such “offenses.”

It was repealed on a tsunami of public outrage and – hopefully – the same will happen to this New Jersey awfulness.