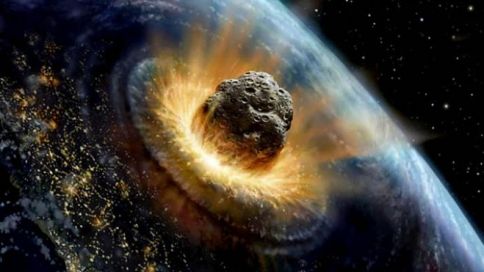 Since they can’t sell people on electric cars, the next best thing is to outlaw internal combustion-engined cars. In order to force people into electric cars. 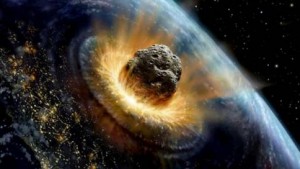 The German Bundesrat (their version of our Congress) just passed a bipartisan agreement toward that end. The legislative details have yet to be worked out, but the idea is to impose a comprehensive ban on the use of cars powered by internal combustion on not just German roads but all European Union roads as well.

This is supposed to curb “climate warming emissions,” in particular carbon dioxide, says Green Party representative Oliver Krischer. “If the Paris Agreement (on global warming) is to be taken seriously, no new combustion engines should be allowed on roads.” 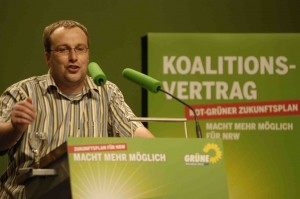 The Paris Agreement Krischer refers to urges a “review (of) current practices of taxation and dues with regard to a stimulation of emissions-free mobility.”

Why speak in euphemisms?

“Stimulation” = punitive taxes designed to make driving other than an electric car cost-prohibitive.

And of course (but never spoken) electric cars will be that, too.

Remember your Heinlein. There Ain’t No Such Thing as a Free Lunch (TANSTAAFL) and electricity isn’t free energy and batteries aren’t cheap. Plugging in seems free because (for now) there is no meter attached to the port and whatever it costs to feed juice to your EV is either folded in to your general household utility bill or (if it’s a public charger) it’s “free”… for now.

Until they start to charge you for a charge.

It’ll be “free” just long enough to get you gulled into believing in such an idiocy as “free” energy. 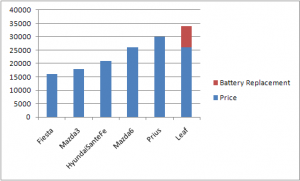 We keep hearing they’ll get cheaper. Maybe so. To some extent, they have. But right now, they still cost a fortune and until they cost a fraction of their current cost, electric cars will never be an economical alternative to a car powered by internal combustion.

Which is why it is necessary to massively subsidize electric cars via tax (and carbon) credits and so on. Absent these, not even the stupid rich would pony up. And for the average person, a $30,000-plus car (whether electric or IC-powered) makes as much economic sense as a snow shovel in Phoenix.

Buy an EV because you think it’s cool, because it’s quick or for any of several other reasons. But as an economic decision, it’s wasteful and frivolous. 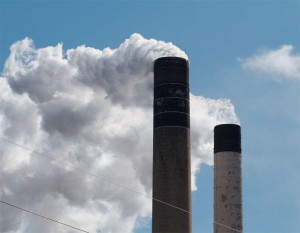 And this “emissions free” business?

These Green People are immensely dishonest or immensely uninformed.

Unless it becomes possible to harness lightning bolts or extract energy from the vacuum somehow (and in a “clean” manner) man-made electricity will continue to entail the production of emissions. Coal and oil and natural gas burning (to make electricity) produces plenty of C02. Does it make it any difference, global warming-wise, whether the C02 is produced at the smokestack vs. a tailpipe?

Yes, there is nuclear power generation. It also produces “greenhouse” gasses (water vapor at the cooling towers) and (much worse, Gaia-wise) radioactive waste that lingers for thousands of years and which is immensely more harmful both to the earf and to the human beings who inhabit it than asserted harms caused by an inert gas (C02). 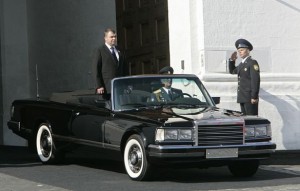 And the true object is not a Happy Earth Dance. It is to get us walking. Out of cars, period. Ban the IC engine, then present as the alternative electric cars that most of the population can’t afford.  The end result is the same: A fraction of the population – the very affluent – enjoy the privilege of personal transportation. The rest of us get public transportation.

Our radius of action limited to urban cores; our movements on schedule and coordinated. The Germans – bless them – have a word for this: Gleichschaltung.

And some will cheer this.

An article in Gizmodo concluded its coverage of this business with the following noxiousness: “The fact that the country with the fourth-largest auto industry in the world is spearheading such sweeping changes is a big sign of where we’re headed. It’s a road paved with slow-moving politicians making incremental changes and hoping the industry will warm up to the idea of not killing us all.” 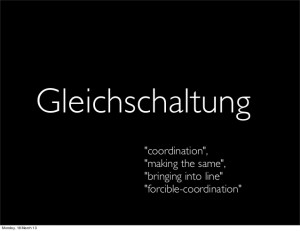 But it’s not global warming (or climate change or whatever they’re asserting now) that’s “killing us all.” It’s the reality of economic ruin and what that will actually mean to the average person, if this all comes to pass.

The elites – guys like Krischer in Deutschland and his marching-in-step gebruder (and schwestern) here in Amerika (which includes, unfortunately, The Donald, who has either bought into the “climate change” shibboleth or is fearful of questioning it) will continue to have cars, IC and otherwise.

Because for them, cost is no object.

The object is to impose costs on us.

And don’t rest easy thinking this is just a German Thing. See the above point about the world’s fourth largest manufacturer of cars. If Mercedes, BMW, Audi, VW and Opel go all-in for electric (VW already has) the die will have been cast.

Once upon a long time ago, another German said the following, or close enough: In America they are filled with curiosity and wondering, is he coming? When is he coming?