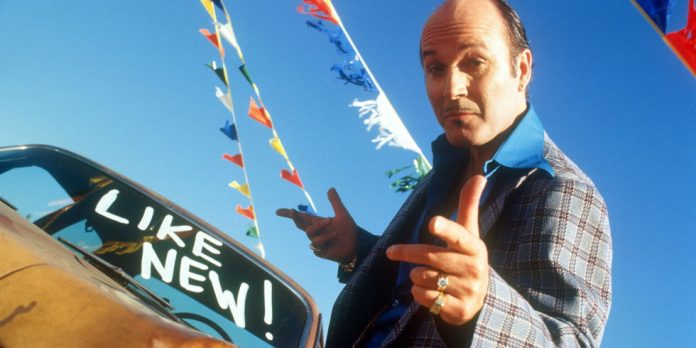 Also, there are some not-so-great things about buying a new car – and exactly the same goes for buying used.

In between somewhere lies the balance.

If you decide on new, you won’t have to worry about the car. That is probably the biggest tangible upside.

A new car is new; it has zero miles – so no wear and tear. And it is completely warranted, tires to roof.  If anything turns out to be wrong with it, you won’t have to pay for it.

Which is a load off. Peace of mind. 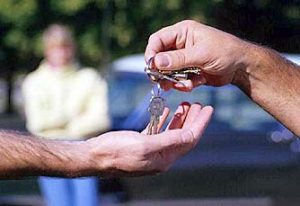 Also: One new car is also exactly like every other make/model new car of its type and trim/color. Identical in absolutely every way.

This leaves you free to worry about the price of the car.

With used cars, it is the opposite.

You have to worry about the car, most of all.

Each used car is unique – with a unique history. Even if they are the same year/make/model/color/trim.

After it’s been detailed by a dealership, it will be very hard to tell the latter car from the former.

There are things you can do to reduce the risk – a thorough inspection, the purchase of an extended warranty – but risk is always there by dint of the fact that a used car has been used.

It is a machine, after all – and machines that get used wear out, no matter how well they’re treated. This is even more true today because cars are also laden with electronics and suffused with software. 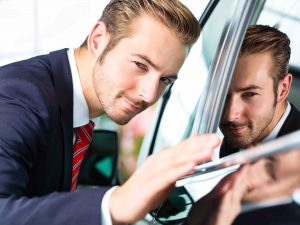 Out of warranty, replacing electronic parts (they are never repaired) gets pricey. Sometimes, it’s hard to figure out what’s ailing the car because electronic/software problems can be intermittent. They come – and go.

The car doesn’t work right when you’re driving it but – shazam! – it works just fine once it’s at the dealership.

That gets annoying – as well as expensive.

As far as mechanical wear and tear, there are the obvious things: brakes, tires and (if it has a manual transmission) the clutch. But you will also want to take into account things that aren;t necessarily obvious but nonetheless potentially BigTicket, such as major scheduled service items. For example, timing belt replacement. Many new cars with overhead cam engines have to have this done every 75,000 miles or so. This isn’t something you can ignore without consequences. If you skip or delay the getting it done and the belt breaks, the engine will stop and you will be stuck.

As this is a major repair, you don’t want it to become necessary when you’re not ready. Like when you’re on a road trip and the belt fails in an unfamiliar town and now you’re stuck and at the mercy of whatever shop is nearby.

If the car you’re looking at is going to need a timing belt replacement soon (check the owner’s manual; scheduled service intervals according to mileage will be listed in the appendix) or any other major service, find out what it will cost and try to haggle down the price of the car accordingly. 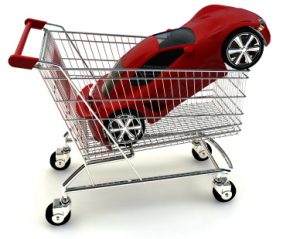 The other issue with buying used is that there is pressure on you, the buyer, to snap up a car you found that speaks to you, is the color you like, hasn’t got too many miles on the clock, seems to have been well-cared for – and so on.

Because it may be the only one just like it that you can find. You may have to make a snap decision. If you wait until tomorrow, someone else may have bought the car.

This gives the seller the advantage. He’s go the only one in stock.

With a new car, it is possible to order exactly what you want it – color, trim, equipment. You may have to wait for it – and you will probably pay more for it (dealers tend to be less haggle-friendly on cars that are special-ordered because they want to sell you a car in their inventory, on the lot right now) but you will end up with everything you wanted and nothing you didn’t.

Like the peace of mind that comes with zero miles on the clock and a full-coverage warranty, being able to get exactly what you want may not have an exact dollar value but it’s definitely worth something.

Conversely, with a used car, you generally will have to . . . compromise. You can’t special order one the way you want it to be fitted out. You will probably have to accept one with most of the features you want but some you might not.

A color that’s not your favorite – but the mileage is really low.

Some door dings – but it’s got the sunroof.

Someone smoked it in  . . . but the price is really attractive.

And if you’re careful, do your due diligence – including a careful inspection of the car by a competent, trustworthy, independent mechanic (not the dealership’s mechanic) prior to purchase, or as a condition of the purchase, you can improve your odds of not getting stuck with big bills.

New cars, on the other hand, will always come with a big bill.

Not only do they cost top dollar – they lose value like the Titanic lost buoyancy after it hit the iceberg. We are talking about an average 30-40 percent drop in retail value after about five years from new. 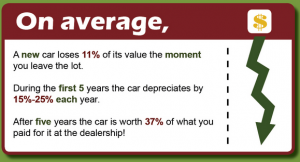 If you buy it used.

And while there will always be some risk involved when you buy used, this is compensated to a great extent by the much longer service life of late-model cars (that’s anything made during the past ten years or so).

It’s more than that, actually. 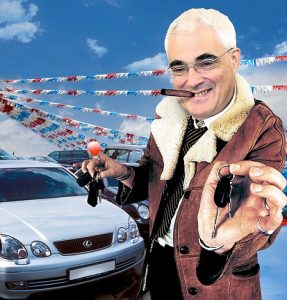 Almost any car built within the past decade or so has a useful life (defined as the period before which it begins to develop regular problems) of 150,000-200,00 miles and it’s common for some to go 250,000-300,000 without needing major repairs.

You will of course have to spring for maintenance stuff – things like tires and brakes, maybe even a timing belt change – but the major, kill-the-car stuff (such as an engine failure) is not likely to happen until the car is more than 20 years old and has at least 200,000 miles on the odometer.

Rust is also less of a worry today than it used to be. Which is a huge plus.

This doesn’t mean you shouldn’t still look for it. It means it’s less apt to be a serious (as in structural) problem unless the car is 15 years old or older and was driven for years in severe winter weather, in a part of the country where lots of road salt is used to keep the roads clear.

All of the above may not have answered your question – should I buy new, or used? It wasn’t meant to. Because it’s a personal decision, based on your needs, your comfort level and, of course, your budget.

But hopefully, this will have helped give you some things to think about – and help you figure out which fork in the road makes the most sense for you.

This is an excerpt from Eric’s new eBook about the car buying process – which will be given out free to all EPautos subscribers. If you’d like a copy, please join our little group of Libertarian-minded gearheads! The sign up button is on the main page, top bar.