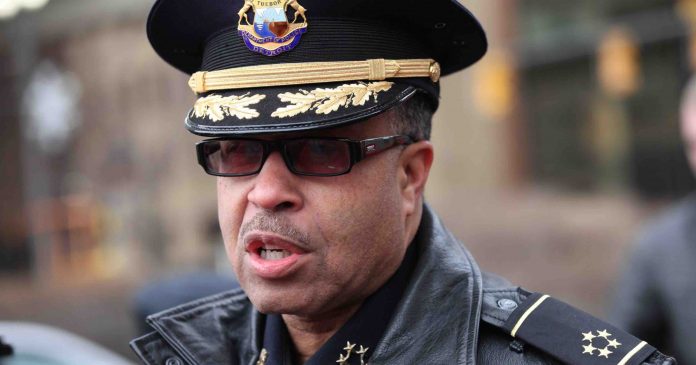 Detroit armed government workers are apoplectic over a public display of contempt for their authority – which they say is really just “concern” for “public safety.” But their steam-out-of-their ears overreaction to this incident suggests otherwise.

A burnout was committed on I-94.

Only tires were harmed.

But video was taken – with the license plate of the Camaro doing the burnout obscured and birdie-flips to AGWs conveyed. This concerned the AGWs very much.

Five-star “General” James Craig held a press conference worthy of the hunt for Dillinger. “Here’s my message,” the “General” said: We are going to find you and when we do, we are going to arrest you and we’re going to seize your vehicle.”

One performed, it must be said, with due diligence for public ssssssaaaaaaaaaaaaaafety.

The road was briefly blocked to traffic by the Camaro driver’s allies to prevent any harm being done. And none was caused – except to the fragile ego of the “General,” who practically stomped his feet with rage: “They’re covering their license plates with a message  . . . I’m not going to tell you what that message is, but it’s despicable.”

What’s despicable is your devoting this much energy – and taxpayer resources – to hunting down a guy who did a burnout.

And his friends – who helped him do it safely.

The Herr General has already confiscated a Dodge Challenger owned by one of the Camaro driver’s friends for doing nothing more than watching the burnout – and making sure it was executed safely. 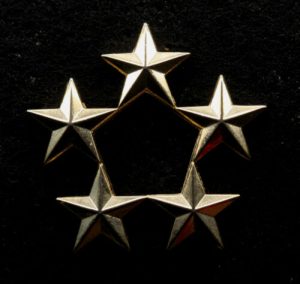 A Challenger is an expensive piece of property. The V8 version starts at $34k. Seizing a vehicle worth $34k – or even $10k – amounts to one hell of a fine for watching a burnout.

But burnouts are a threat to public ssssssssaaaaaaaaafety!

“They are not professional race car drivers,” the Herr General scolds. “Imagine blocking a freeway and engaging in this 360 burnout sideshow and the car loses control, flips the median and goes into oncoming traffic,” Craig said. “It could happen. You put people’s lives at risks (sic).”

This is what a guy like the Herr General would say, of course – though it is almost certain he also does (or did) burnouts while in “hot pursuit” of prey, but that is ok because it is “trained” AGWs performing the maneuver. Never mind if you – a non-AGW – have also been trained and perhaps better-trained than the AGW, whether behind the wheel or with a gun.

It cuts no nice because it isn’t “training” that’s at issue but privilege. AGWs enjoy it; non-AGWs do not. And it enrages AGWs when a non-AGW dares to do something only AGWs are supposed to be entitled to do – such as close off a road and squeal tires just for the fun of it.

It’s interesting to contrast the overreaction to this burnout with the indifferent reaction of AGWs like the Herr General to crimes committed by AGWs.

D’Marco Craft was trying to buy cigarettes at a gas station; when he saw Billingslea inside, he decided not to go inside – reportedly because Billingslea had “harassed him many times” on previous occasions, for “no legal reason.”

He prudently attempted to avoid the AGW who had previously harassed him –  thereby expressing “contempt of cop,” which isn’t an offense in law – and is a reasonable defensive reaction to the presence of an AGW – as subsequent events made crystal clear.

Billingslea and another AGW followed Craft to his car – without any lawful reason for doing that, either – and accused Craft and his passenger of “trying to pick a fight.”

The Hut! Hut! Hutting then commenced.

Craft’s passenger – 39-year-old bus driver Michaele Jackson – was thrown face-first onto the sidewalk, then given a face-full of Mace and hurled WWF-style into a rack of Twinkies inside the gas station.

Craft was hurled into the AGWs’ taxpayer-funded car and spirited to jail – probably accompanied by squealing tires – where he was allegedly beaten and charged with felony “resisting arrest.”

When video of the incident surfaced – despite the best efforts of Billingslea to erase it – the charges against the victims were dropped – but few against the Hut! Hut Hutting! AGWs stuck.

A “no contest” to a charge of aggravated assault was the eventual “deal” given the AGW – along with two years probation and “anger management” sessions.

His car was not confiscated.

And the Herr General did not express his “concern” over the actions of a man with a gun and a badge committing a crime of violence, with great contempt for the “safety” of the public.

Instead, the Herr General defended the AGW’s actions, claiming that one of Billingslea’s victims “did take a swing” at the AGW who was attacking him. Which the victim denies but even if that were true, it would have been in self-defense.

That arouses “concern” – of the wrong kind.

But an unauthorized burnout?

Payin’ Paper – and How to Avoid Getting it…