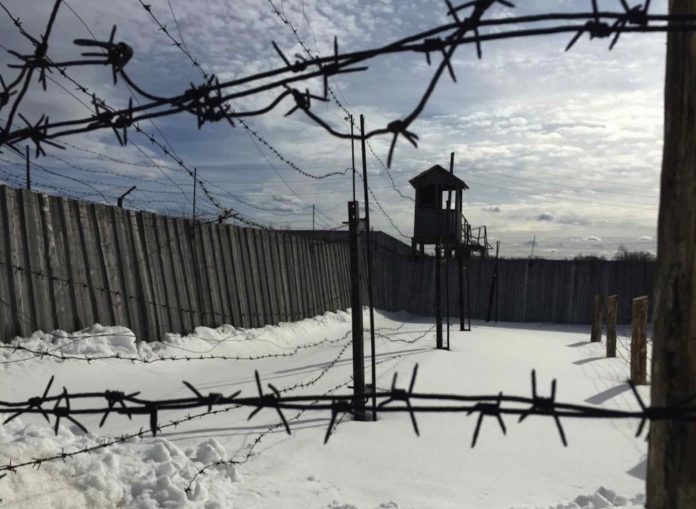 Americans – many of them – are so dumbed down they can be convinced that it’s reasonable to turn the country into a permanent Sickness Gulag in the name of a permanent war on germs – a war that cannot be won.

Which may be just the point.

Endless war – waged in the name of “health” – is the health of the state. It provides endless, limitless pretext for those who are the state – the officials and enforcers – to decree and punish. 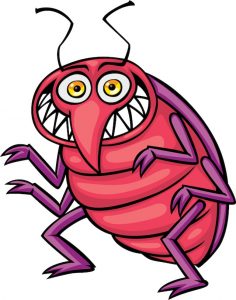 How does one object to this when the victims of this have been convinced that it is the only way to keep them breathing? Notwithstanding the evidence – including that which they see (or rather, don’t) with their own eyes.

Fear supplants facts. Closes their eyes – and minds – to evidence, to reason. Such as the bodies not stacking up.

Or not stacking up unusually.

Bodies are always stacking up. All of a sudden, this is redefined as abnormal. a “crisis.”

The current hysteria about Corona could just as easily have been manufactured in 2013 – a bad ordinary Corona (flu) year. 56,000 people died that year, from or because of the ordinary flu, according to the CDC. But it wasn’t a “crisis” because they didn’t create it.

Notwithstanding that “people died!” life went on as normal, then.

Even though the metrics are similar. Elderly and health-compromised people are always more vulnerable to a cold/flu/corona becoming something worse – like pneumonia – and this can and does kill thousands of them every year. 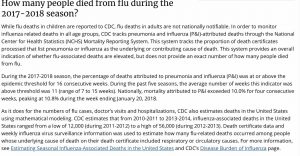 It’s sad – but not abnormal.

The current reaction to it, however, is.

My state has about 8.5 million people in it; about 500 have died because of (or with) Corona. One is almost as likely to be struck by lightning than to be felled by Corona. But the state doesn’t order the entire population to “shelter in place” when it thunderstorms.

“Sheltering in place” because of rain would be considered ridiculous – as well as evidence of severe (and irrational) anxiety disorder on an individual basis. We used to treat people so afflicted. What’s changed is that everyone is expected to mime being afflicted – and those who refuse to play along are rapidly being “framed” as the ones with mental problems, soon to be punished for their aberrant normalcy.

The world turn’d upside down. 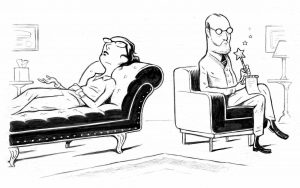 No one is forced to go out. The problem is forcing people to stay in. And to stay closed.

The elderly and those with other afflictions should take necessary precautions – as they have in the past, or should have in the past. But it’s  . . . sick to impose a Sickness Gulag on the rest of the population – which isn’t sick and 99 percent of whom won’t die even if they do get sick.

However, it has been accepted – by many – because they have been conditioned to accept it.

Not the Fear Masking and cattle chuting – but the principle behind them. It is the same principle behind no-probable-cause (and paper’s please) checkpoints, where it is presumed everyone is a “drunk” driver until they convince an armed government worker that they aren’t. 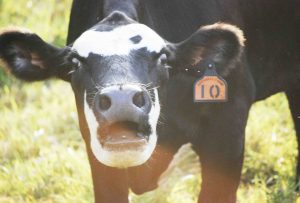 Because someone might be drunk driving –  infringing on everyone’s (former) right to be free from unreasonable searches and seizures is a small price to pay . . . if it saves even one life.

No matter the effect on millions of lives.

Everyone must “buckle up for safety” – because it saves lives. Hypothetically. There is no exact cause-and-effect. In fact, there is usually no effect at all – of not “buckling up.” Fatal accidents do happen but they’re statistically as well as numerically uncommon. Most people drive a lifetime without being involved in one – buckled up or not.

But someone might die. Therefore, all must buckle up.

Do you see a relationship between this and Fear Masking/antisocial distancing “guidelines” (Really? Aren’t “guidelines” things you aren’t required to obey?) and Sickness Kabuki, generally?

Millions of drivers don’t die each year. Your odds of dying because you go for a drive are practically nil – or at least, close enough to nil that most people are not afraid to drive.

Only about 40,000 drivers do die in wrecks every year. And most of them are “buckled up” – it being the law and most people are, unfortunately, servilely obedient to the law. So, the fact is that while seatbelts may and probably do save some lives, for most drivers they are an irrelevance, a nuisance and a pretext – if not worn – for their lives being put at risk . . .  by armed government workers, who enforce the law.

If it saves even one life!

No matter how many lives it ruins.

Some people are more vulnerable to drowning – because they can’t swim. Does this mean “locking down” all pools with deep ends? Mandatory life preservers for everyone?

It might save a life – even if it spoils living for everyone.

Is there a remedy for this . . . sickness of the mind?

Yes – and it’s not a vaccine. It is, simply, re-acceptance of risk being part of life. And respect for the right of every human being to weigh risks for himself and not have costs imposed upon him by others, to assuage their anxieties about risk.

A return to mental and moral hygiene, in other words.

It’s either that or we all become zeks in the Sickness Gulag.