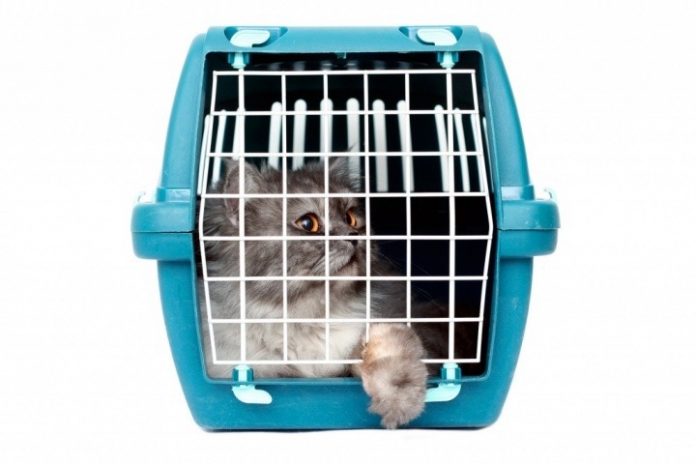 Pets have no say about getting vaccinated – and “fixed.” Their owners decide such things. It is the natural order of things. Of course, they are animals, without the capacity to rationally decide such things for themselves.

But what about their owners?

They are being treated just like pets – livestock is the better word, perhaps, since the element of affection applies with regard to pets; cattle and such are treated as they are for altogether different reasons. 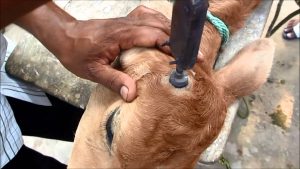 Or rather, different motives.

The beasts we eat and use must be kept just healthy enough, just long enough to serve our purpose. They are interchangeable and – ultimately – disposable. Their happiness doesn’t enter into it. Exceptional measures are almost never taken to save the life – or even ease the suffering – of a sick/elderly cow.

They are summarily turned into dog food, often roughly.

Do you feel affectionately treated by your owners? The people who will soon be taking you to the vet – so to speak? Where you will be fixed – via a vaccine they assure you is perfectly safe – but immunize themselves from legal liability if not? Which they intend to force you to take – and therefore, assume all the physical risk of being forced to take? Even if you could sue them – and won – would it compensate you for a debilitating and very possibly chronic, lifelong illness you contracted as a result?

It is common knowledge that the vaccines given to pets – and to us – come with risks. Pet owners weigh the risks vs. the benefits for their animals, because their animals cannot weigh them. In the case of our owners, we are to be denied the right to weigh them. 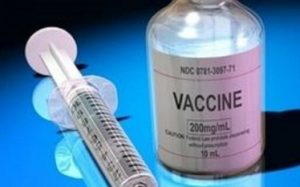 Just as we have been denied the right to decide for ourselves whether it is “safe” to go outside, or to work, or Undiapered.

Our owners know best – and we have as much say about it as the pup in the pet crate.

This is doctrine, straight out of the technocratic manual. And there literally is a manual. See Edward Bernays and Propaganda, written in the ‘20s by a man who practically invented what is today styled “public relations” – and who also worked on the infamous – but largely unknown today – Creel Commission.

This commission was formed under the auspices of one of America’s founding totalitarians, the pedantic prig Woodrow Wilson, who gave Americans  – who sold Americans (editorial accuracy) on the income tax and the “federal” reserve, which is in fact a cartel of private banks who acquired the power to manipulate the currency via Wilson’s supine complicity. It was formed to sell Americans on the war to end all wars. Or rather, to sell Americans on the idea of spilling their blood and treasure on a European war that involved their interests not at all. 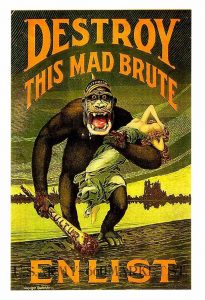 The Creel Commission made them interested – by a concentrated and concerted propaganda campaign directed at “the Hun” – shorthand for everything German. This included outright lies about atrocities that never happened (which, after exposure, had the effect of making the actual atrocities of the next war less believable initially) such as babies heads allegedly being dashed against walls by pickle-helmeted junker-apes.

This propaganda was inescapable. And the social pressure it created to go along was immense and almost impossible to resist. Those who did resist were cast as dangerous… even traitors.

Americans were roused to a war-fever pitch and got the war Wilson wanted – and paid men like Bernays to foment. On purpose, in the most calculated and cynical and degenerate way conceivable  . . . to the mind of anyone with morals a notch or two above those of men like Wilson and Berrnays.

Minds like theirs are hard-selling Diapers now. Vaccines – and tracking – tomorrow.

These men regard themselves – openly, brazenly – as our betters and owners; the herders of stupid cattle who cannot be trusted much less allowed to come to their own decisions. The will decide for the cattle, whose only role is  to hear – and obey.

Without even realizing it.

“The conscious and intelligent manipulation of the organized habits and opinions of the masses is an important element in a democratic society,” wrote Bernays. “Those who manipulate (italics added) this unseen mechanism of society constitute an invisible government (italics added) which is the true ruling power of our country.”

“It might be better to have . . . committees of wise men who would chose our rulers, dictate our conduct private and public …”

Turning on CNN – and the rest, which is actually only a few – all beholden to the invisible government mentioned by Bernays. This would be the financial interests – such as the pharmaceutical interests – that own the media via advertising. Just as Fauci is a creature of Bill Gates so also are Anderson Cooper, et al the pets of Merck and Pfizer. Robert Kennedy – an honest liberal and possibly a decent man – has been trying to get the word out about this for decades but it’s a hard task when the very entities you’re trying to get the word out about control the word and its getting out.

Which will lead to your trip to the vet’s to get fixed.

If you let them be your owners.