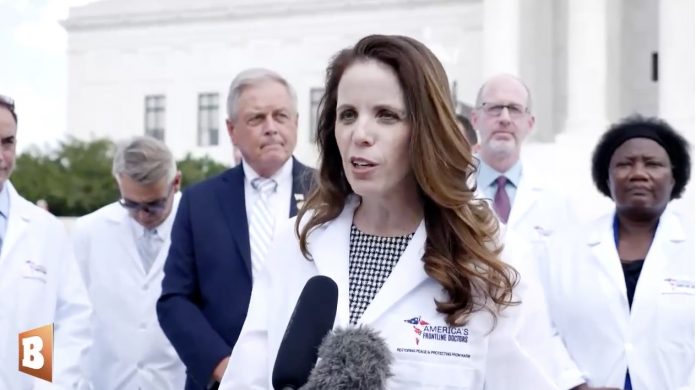 I post without extensive comment – since it speaks for itself – the video as well as the image of the group of doctors who made a presentation the other day in Washington, DC regarding the hysteria being maliciously spread over WuFlu by parties with a clear interest in something obviously sinister given the facts about the “threat” posed by WuFlu and the purposeful, concerted effort to suppress not only reasonable palliative measures but also to end the hysteria.

It is very telling that these doctors were not Diapered. Watch the following and ask yourself why.

Are these doctors any less credible than the Sexiest Man Alive? How about your local Gesundheitsfuhrer?

We are lectured about listening to the experts; following “the science.” But apparently, only “experts” who don’t question their own “science”- or reverse course on their publicly stated expositions thereof (e.g., the worth of Face Diapers).

But let the doctors explain it – and what we’re really up against.