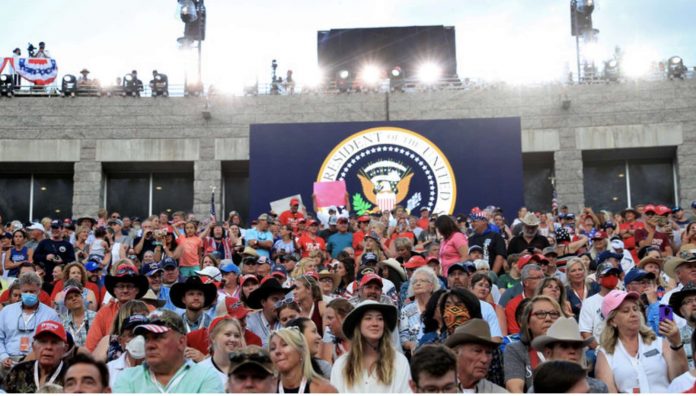 Well, no hysteria over Corona; aka the WuFlu – which has laid low most of the country except for a few places like South Dakota. Where there was no “lockdown” – a term formerly reserved for prisons – and in which Corona (as elsewhere) hasn’t killed 99.5-plus percent of the population.

She has also refused the Corona Kool Aid – federal money to pay the populace  to not work and to kill their businesses by operating at half capacity and imposing Face Diapering and Anti-Social Distancing on patrons.

“My administration is very grateful for the additional flexibility that this effort would have provided, but South Dakota is in the fortunate position of not needing to accept it,” Noem diplomatically said.

But she knows perfectly well that Corona Cash isn’t free – that Diaper strings are attached and that if she took the money, they take control.

“South Dakota’s economy, having never been shut down, has recovered nearly 80 percent of our job losses,” she added. “We’re the only state in the nation that didn’t have extended unemployment benefits kick in because our insured unemployment rate has been the lowest in the nation.”

Bravo to this brave women – who is the antidote to Corona Karens – and Kevins. She has more guts and other such than many technically men have.